Wii U GamePad capable of 3D

So it looks like the Wii U’s tablet-like controller, the GamePad is capable of showing 3D visuals.

Ubisoft’s Assassin’s Creed 3 allows players to select a stereoscopic 3D option on the GamePad. Unlike Nintendo’s handheld, the 3DS, however, the 3D requires you to wear 3D glasses. 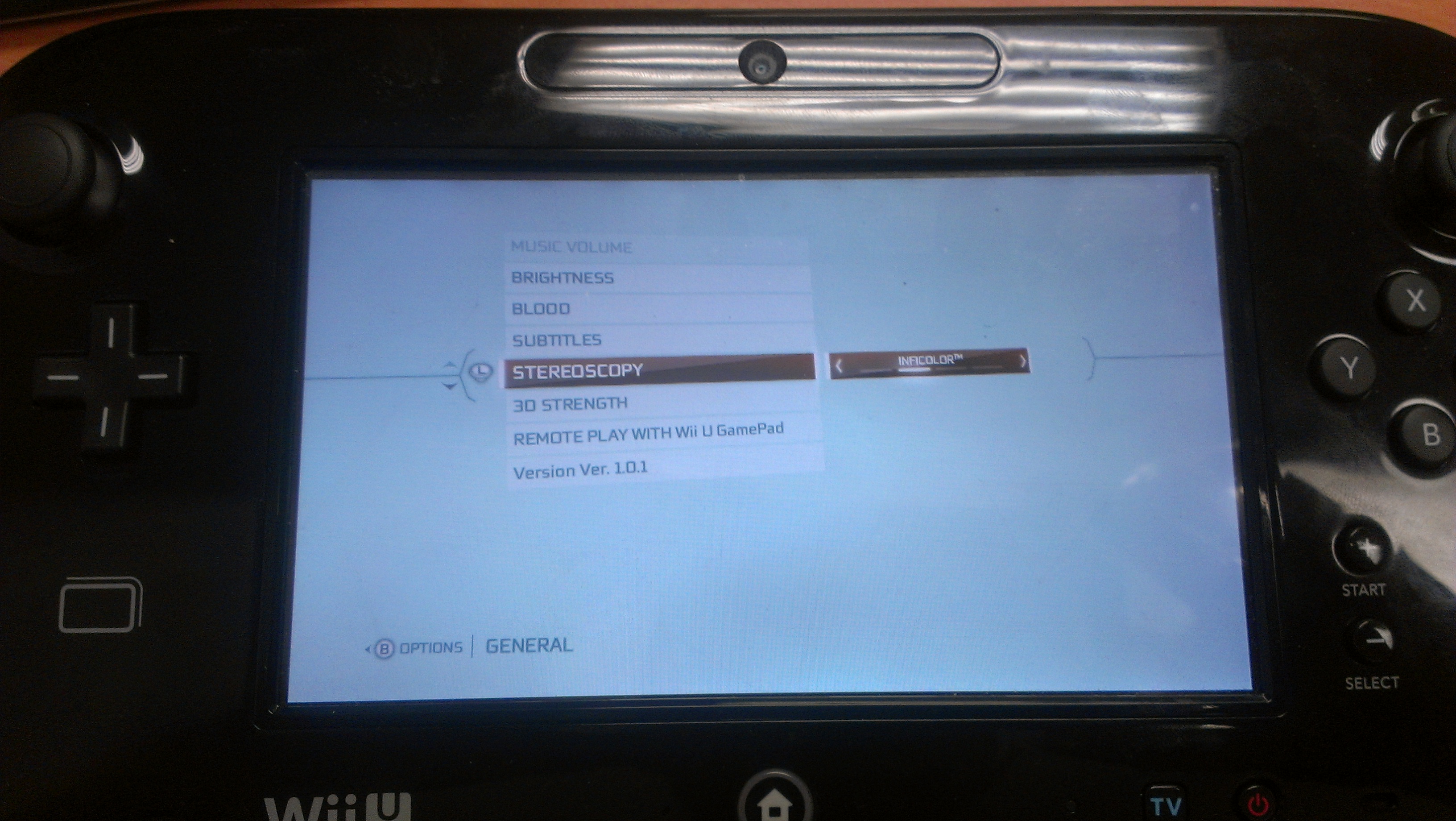 You can switch the 3D from off to Inficolour, to Side By Side or Top Bottom, as always.

Given Nintendo’s recent affection for the 3D technology with the 3DS, which boasts of impressive visual depth without the necessity of any 3D glasses, it’s not much of a surprise that the system does support the tech as well. However, hearing about it in the controller’s screen too comes as a bit of a surprise.

The Wii U recently got released in North America along with a comprehensive launch lineup and releases in the UK soon. Stay tuned.