Wii U NFC Could Make for Innovative Games, According to Rayman Legends Direct

Bringing objects from the real world into the game by mere touch - all in a day's work for Ancel. 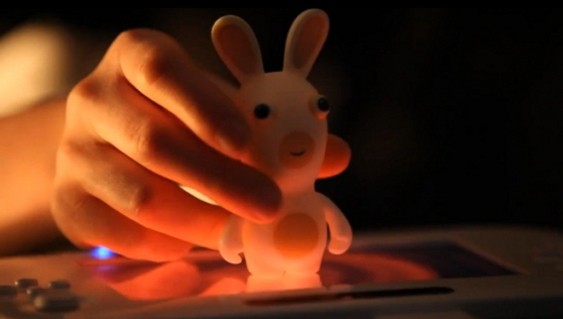 If you know Creative Director Michel Ancel, Ubisoft’s legendary game designer who created Rayman and Beyond Good and Evil, you’d know that he’s not the kind of guy to be easily dismissed. So when he talks about the Wii U and it’s Near Field Communications ability, you know to listen.

He’s recently showcased an experiment of his where placing physical objects on the Wii U Gamepad would bring them into the game world. It’s still in prototype phase but speaking to Official Nintendo Magazine UK, Ancel believes there’s quite a lot of innovation to be born of this technology.

“We didn’t announce this officially and it was more the kind of experiment we do when working on new hardware like the Wii U. We had prototypes of this and we believe that having real objects manipulating gameplay could be quite innovative. But again, this was a prototype and we won’t discuss it until it’s ready to demonstrate its full potential.”

NFC is a radio communication technology has been recently introduced and is used as for data transfer, establishing wireless networks, transactions and even adapting new settings by physically touching two NFC devices (or having them in close proximity).