Posted By Kartik Mudgal | On 12th, Dec. 2011 Under News | Follow This Author @KartikMdgl 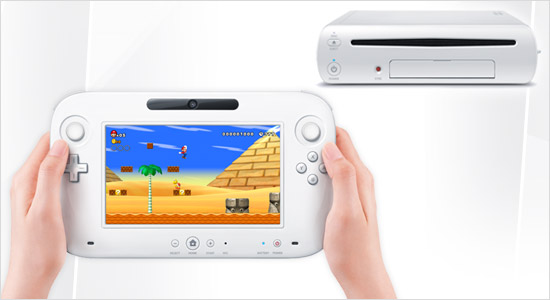 Earlier Nintendo had said that the Wii U will be expensive. “This thing is not going to be cheap,” said Satoru Iwata, President of Nintendo, and he also hinted that it will be priced more than 20,000 Yen ($250) in Japan.

According to the latest reports, EB Games Australia has priced the Wii U at $600.

Now before you say it is bullshit, EB Games have been pretty accurate in the past. Their 3DS price was set at $350, and it launched at that same price in Australia.

When calculating it in US$ it comes out at approx. $605, as per the current exchange rates. Is that a fair price to pay for a next-gen console? According to me it is. But Nintendo have always priced their hardware low for mass market penetration.

Check out the EB Games listing over here.

In related news, Carrefour, the biggest French Mall, had priced the console at €450, and that works out to approx. $600 as well. Considering they’re using an innovative Tablet controller, looks like this thing won’t be cheap at all.

After the 3DS fiasco, I really don’t think they will price it that high, but you never know. This is what Iwata had to say regarding the mistakes they made with the 3DS and about their plan for the Wii U.

“We are also planning to launch the Wii U, which is the successor to the Wii, during the next fiscal year. We would like to show the final format of the Wii U at the E3 show next year,” revealed Iwata.

“As we learned a bitter lesson with the launch of the Nintendo 3DS, we are trying to take every possible measure so that the Wii U will have a successful launch.”