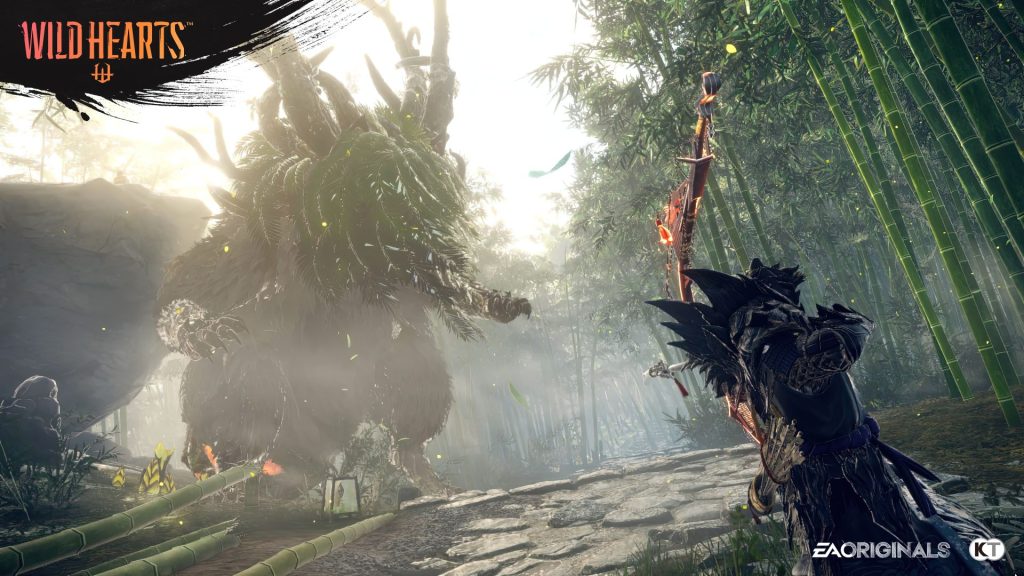 Omega Force finally unveiled WILD HEARTS, its next-gen hunting game that will release for Xbox Series X/S, PS5, and PC. Though the trailer represented a project still in development, the aesthetic, the design of the Kemono, and the Karakuri stood out. What’s most surprising is that it’s releasing in February 2023.

Speaking to IGN, directors Kotaro Hirata and Takuto Edagawa revealed the reason behind the game’s quick turnaround. Hirata explains that it’s been in development for four years if one counts the conception and planning stages.

“If we start counting from the conception and planning stages, we have been working on Wild Hearts for four years.” As for why it took so long to reveal, he added, “We have wanted to tell players about this game for a long time, but we thought that the shorter the time was between announcement and release, the fewer time players would have to wait and the more interested they would be in playing the game.”

Electronic Arts’ involvement is also interesting since Koei Tecmo is known for self-publishing titles like Nioh and the upcoming Wo Long: Fallen Dynasty. Hirata explained, “We wanted to create a hunting game that would be enjoyed by players around the world. EA is not only very strong in international publishing, but they have contributed a great deal to WILD HEARTS with their wealth of experience, and they are truly committed to ensuring that our game reaches a global audience.” The voice-over language options, which include English, Japanese, Italian, German, and Spanish are a testament to that.

As for whether WILD HEARTS is an attempt to appeal to a more mainstream audience in the West, Edagawa said, “We are very conscious of the fact that we want more people in the West to play our games, and we have received a lot of feedback from EA from a Western perspective on many details, which helps us know where to adjust the game.

“However, in terms of basic design, we are not overly conscious of focusing just on a Western audience, and as a Japanese developer, we try to create something we think is fun. EA agrees and respects our creativity.”

WILD HEARTS launches on February 17th, 2023 and will include cross-platform multiplayer.