With the original Windjammers having launched almost three decades ago, it’s been long enough since then that no one ever really thought we’d get a sequel to the game. Dotemu, however, has continued its mission of bringing beloved classes franchises back into the limelight with Windjammers 2. Nearly four years on from its announcement, the sequel is finally here, simultaneously attempting to pay homage to its predecessor while also carving out its own identity. To learn more about it does that and how its development even came about, we recently reached out to the people behind it at Dotemu with a few of our questions. Below, you can read our conversation with communication manager Jessica Richard, lead programmer Kevin Delbrayelle, and head of production Christian Cortez. 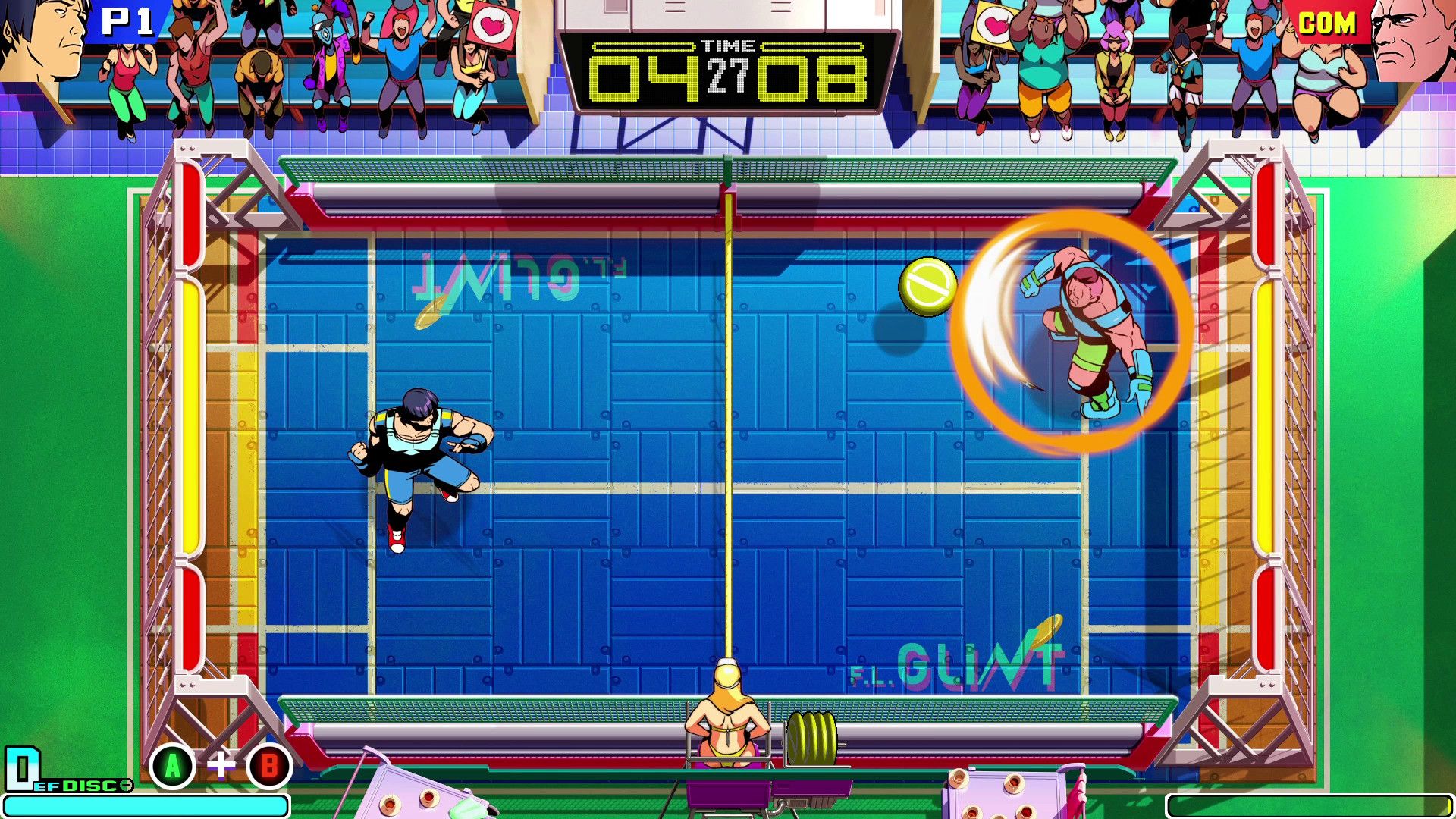 "After talking with the Data East team who also shared research documents from the initial development, we thought it would be great to bring some of these ideas to life and revisit this cult game using our special skills."

For starters, how did the idea to make a sequel to a 1994 game come up?

Jessica Richards (Communication Manager): We worked on the port of Windjammers 1 for Nintendo Switch, PS4 and PS Vita which was released in 2017. The whole team really appreciated this project, especially because Windjammers holds a special place in the hearts of those who knew NEO-GEO at the time or haunted arcades in the 90s. After talking with the Data East team who also shared research documents from the initial development, we thought it would be great to bring some of these ideas to life and revisit this cult game using our special skills.

Christian Cortez (Head of Production): We started building the team while working on the Windjammers 1 port. Making a game sequel was completely new for Dotemu, so we had to hire people with new skills (gameplay programmer, game designer, 2D artist). There are a lot of choices to make during the game pre-production: game scope, art direction, gameplay mechanics, technology used, production processes, etc.. For several weeks and months, the team worked on these subjects, making hypotheses, mockups, character designs, until we reached our first prototype. One important lesson we learned is this phase is truly important for your project, and should not be rushed, as it will define your entire production afterwards.

Given how long it’s been since the first game, with the sequel, what’s been your approach to balancing between retaining elements of the first game and modernizing or changing things that didn’t work?

Kévin Delbrayelle (Lead Programmer): Our first goal was to replicate the gameplay of the first game as accurately as possible so we can use it as a basis to reflect upon. To do this I went on disassembling most of the original game’s ROM. We then tried to add new features and enhance the game, and in some respects, the new characters and gameplay elements were added like the original programmers could have implemented them. I hope we ended being faithful to the work Data East has done in 1994! "Our first goal was to replicate the gameplay of the first game as accurately as possible so we can use it as a basis to reflect upon."

You ran an open beta test not that long ago. How much did that help development, and in what ways?

Cortez: Open betas are always useful in a lot of aspects! Having the public playing our version forces us to take a step back, focus and polish some parts of the game in order to reach the quality expected. The latest Beta helped us a lot to confirm our latest gameplay choices were working, and we received feedback from a lot of players. But it also helped us to run a lot of tests on the online multiplayer, which is always complicated to test at a large scale. Finally, it was the occasion for us to test the PS4 version of the game, making sure all the online aspects were correctly working on PlayStation too.

What kind of a balance between new and returning characters can players expect in Windjammers 2?

What can players expect from the roster of both stages and characters when it comes to variety?

Delbrayelle: We used what we learned about the first game to add even more extreme player categories to the game, with the addition of ultra light and ultra heavy categories. When designing the new courts, we tried to add some new elements that would fit the game without being too radical, like the random points from Casino or the moving bumpers from Junkyard. That way we hope players could learn some new game mechanics without being totally lost when playing on the courts.

Can you talk to us about your post-launch plans for Windjammers 2, and whether players can expect additional content or features once the game is out?

Cortez: We do have various ideas for the game, but nothing has been decided for now.

The PS5’s SSD has been one of its biggest talking points- how has it impacted the game’s development and the way you have designed the game?

Delbrayelle: The game was originally designed for the game for PlayStation 4 and performance was never an issue for us. We have been careful authoring our data and the game is rather small by today’s standards, so small in fact it could easily fit multiple times in the PlayStation 4 RAM! 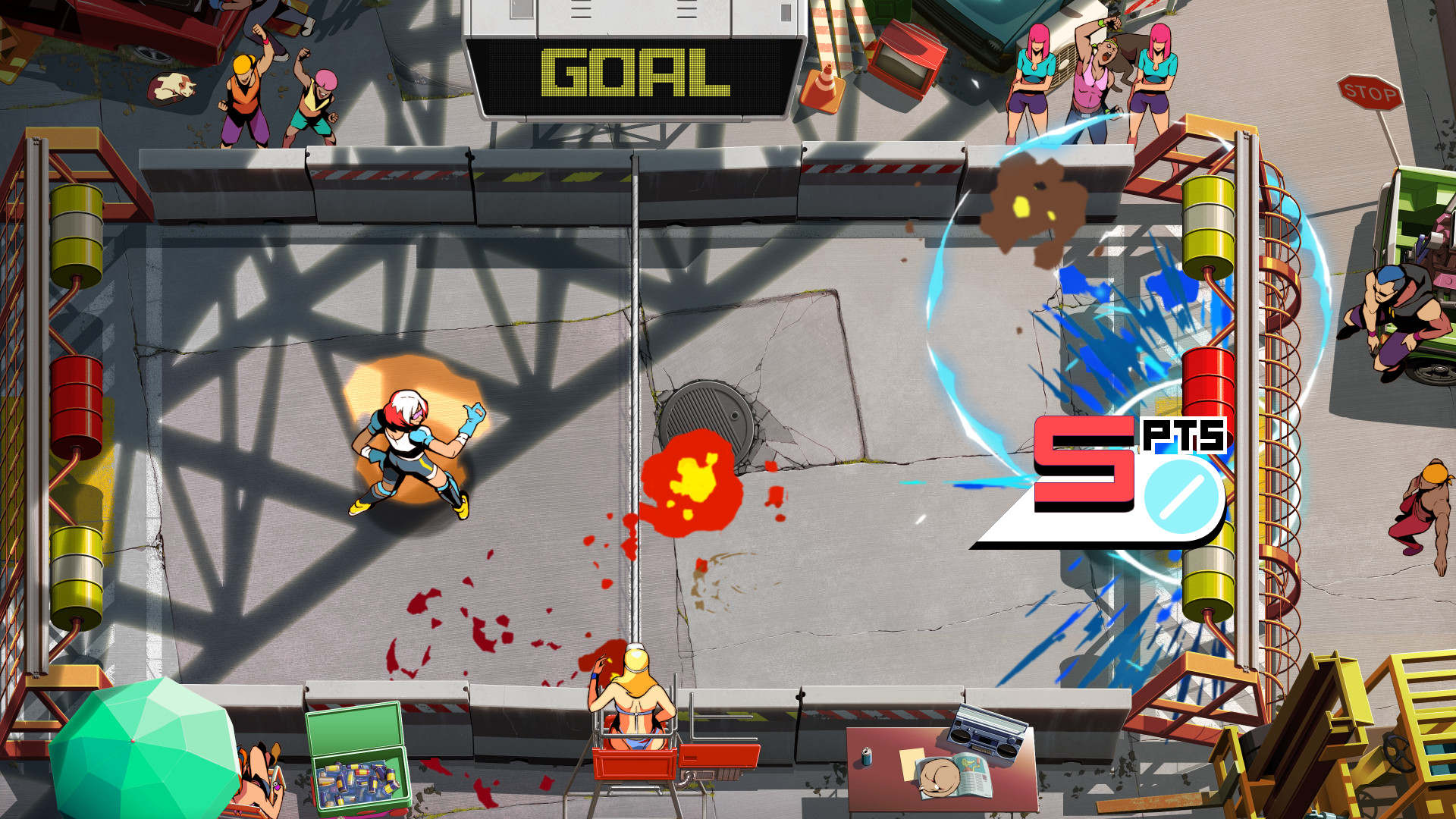 "We used what we learned about the first game to add even more extreme player categories to the game, with the addition of ultra light and ultra heavy categories."

Something else that the PS5 has is a Zen 2 CPU and a 10.28 TFLOPS GPU- how big of a leap is it over previous-gen hardware in your view, and how is it going to help development?

Delbrayelle: This kind of improvement over the last gen is very impressive from a technical point of view. But I grew up programming very challenging machines where you hit the limits rather quickly. To me, trying to circumvent those limits was a big part of the fun. You can still hit the limits, but to do this you need big teams, and a lot of money. Another thing is that every new generation has a bigger environmental impact. More powerful devices are built using more resources, they draw more electricity and huge game downloads down the cable are not free either. I think it is a subject that developers should begin being concerned about.

What resolution and frame rate are you targeting? Furthermore, will the game have multiple graphical modes on PS5?

Delbrayelle: The game targets Full HD 1080p resolution at 60 frames per second. As Windjammers 2 is fully 2D hand drawn, the game has no vector elements that can scale gracefully on bigger resolutions. So I’m sorry but the game will stick to Full HD, which is already 30 times more pixels than the original Neo-Geo game when you think about it.

What are your thoughts on the Steam Deck? Do you have any plans for specific optimizations for the device?

Cortez: Having your Steam library in a “Switch” equivalent device is quite interesting! We are truly looking forward to seeing how the console will be received by the players!