Back to the drawing board.

To be a thief, you have to be precise. Sneaking around in the darkness to achieve your goal without alerting anyone requires you to be exact with every movement and consider every possibility. In Winter Ember, you play as one of these thieves, a faceless man lurking in the shadows, but it’s the same things that are required of successful thieves that Winter Ember fails to do as a game. While it succeeds in creating a dark and mysterious atmosphere through which your stealth occurs, it too often feels clunky and underbaked. There’s a good game lying somewhere within Winter Ember, but there are too many questionable design choices and incomplete ideas that make the overall experience unsatisfying and lacking anything to set it apart from other, better stealth games.

In a rather convincing opening cutscene, the main character of Winter Ember, Arthur Artorias, narrowly escapes being killed in his father’s mansion but loses both his father and his fortune. Years later, Arthur returns to the city to find out what happened and seek revenge on the people who carried out this act. While it’s not a revolutionary premise, there’s a solid foundation for the story, and some major plot points are told with beautiful hand-drawn animated stills. I do wish these major moments happened more frequently, because the storytelling in between is almost entirely “tell, don’t show.” There’s a lot of overly melodramatic dialogue that frequently shifts tone and leaves little room for interpretation, and it can get exhausting to listen to repeatedly, especially through some overly long story sections that take you out of the core gameplay. It hurts, too, that the story doesn’t ultimately capitalize on its potential. While the first half or so of the story remains somewhat grounded, it begins to lose itself in the second half. Without wishing to spoil, it makes its story increasingly intricate and cerebral but doesn’t benefit from doing so, and it feels like the story would have benefited from staying contained. 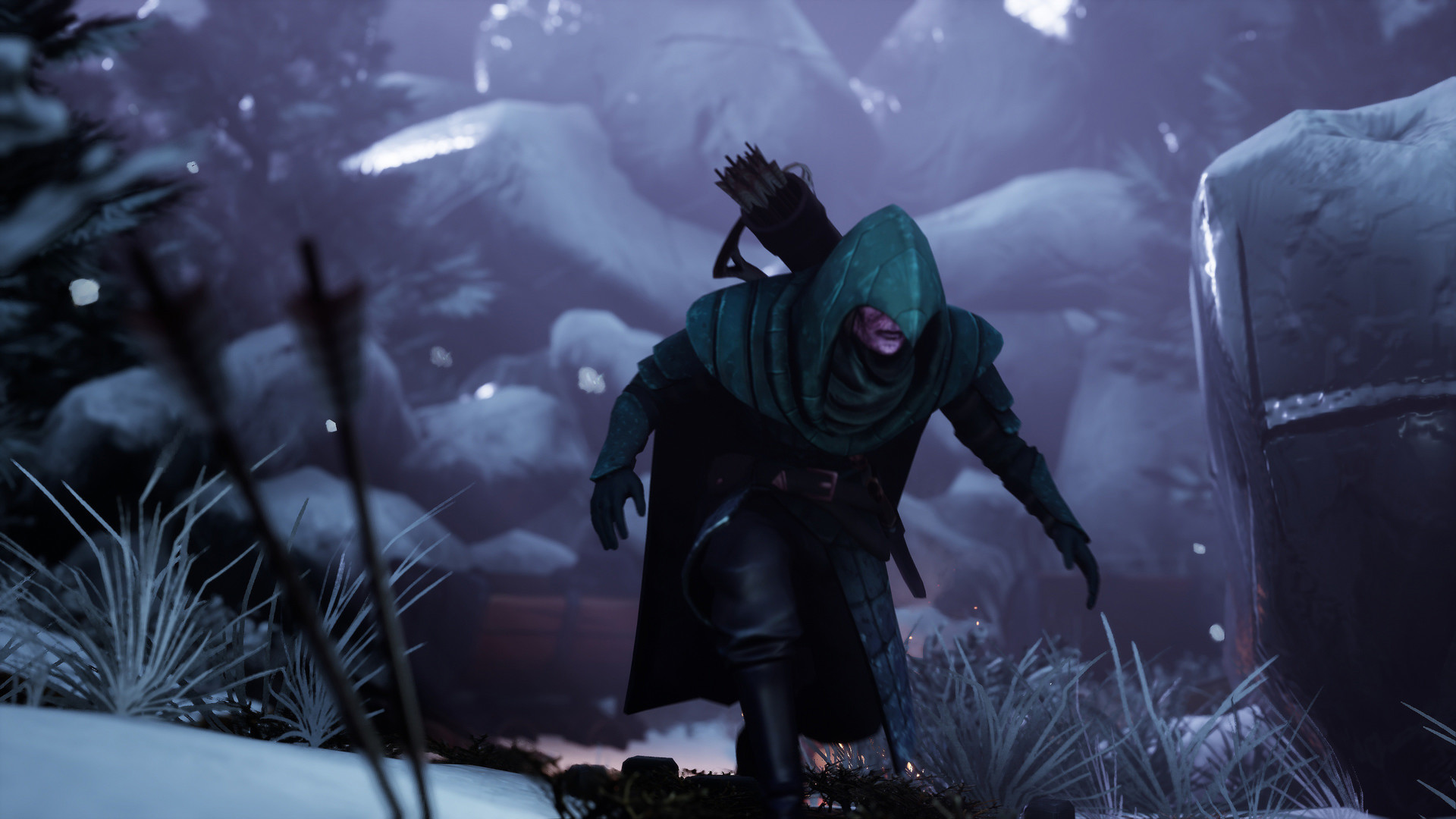 "There’s a good game lying somewhere within Winter Ember, but there are too many questionable design choices and incomplete ideas that make the overall experience unsatisfying and lacking anything to set it apart from other, better stealth games."

It’s unfortunate that the story doesn’t entirely succeed because the game is frequently structured around it. While it is technically open world, there are multiple extended sequences that ostensibly lock you out of the open world and force you through linear missions with no chance to return to replenish your items or do side missions. This resulted on one occasion, for example, in my having to play for over an hour with minimal health, as I had used all my health potions and had no way to buy any more.

When it does become a truly open world, while the different environments aren’t huge, I appreciate what it’s going for. You’re encouraged to explore the map and see different types of side quests and find different types of loot, which gives you the chance to see the surprisingly intricate level design, which includes an impressive amount of verticality and intricately connected levels. In many cases, this level design is the most impressive aspect of Winter Ember. The biggest drawback with this type of level design is the camera, as Winter Ember opts for an isometric view where you can control the camera’s direction. This is great in allowing for 360 degrees of exploration, but it also means that it’s easy to get lost, especially with how samey some environments can get and how dark most of the levels are.

When it comes to the moment-to-moment gameplay of Winter Ember, though, it’s frustratingly inconsistent. In theory, the core gameplay mechanic is stealth. You’re taught to be careful with your movements so as to take enemies out methodically and without having to get into any one-on-one battles. However, while being able to successfully take out all enemies stealthily is mostly satisfying, much of the foundation of the stealth gameplay is inconsistent, clunky, and frustratingly designed, leaving it to be easier in many cases to fight enemies directly rather than try to sneak through them. 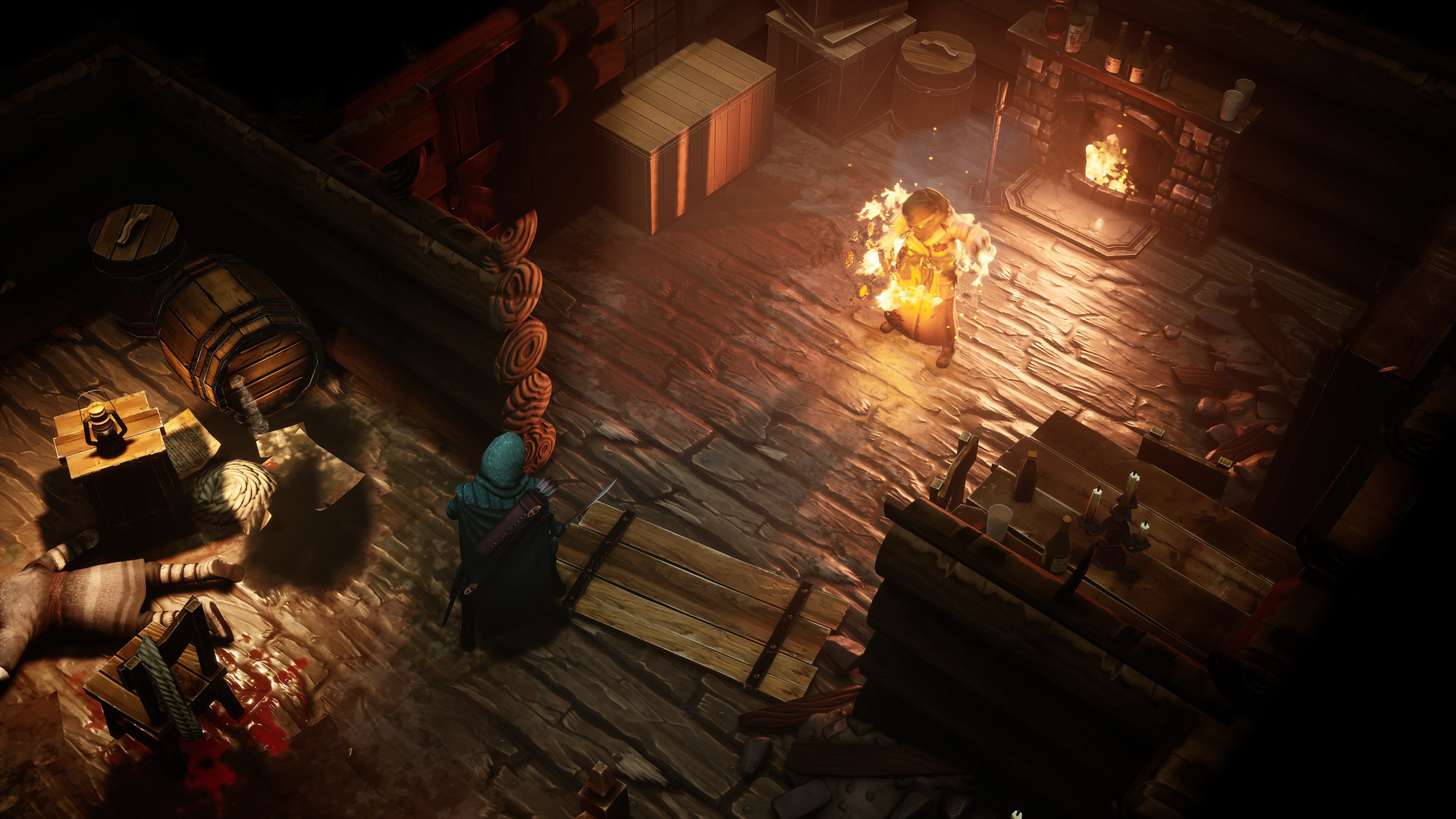 "When it comes to the moment-to-moment gameplay of Winter Ember, it’s frustratingly inconsistent."

For example, there is an interesting system around light and visibility. When in cover, you have to be peeking around a corner to see what’s around it, making it more of a risk-reward decision on how frequently to peek. However, in all cases, the amount that you can see of the surrounding areas is impacted by whether or not you are currently visible. If you are standing near a light, you can see people around you, but if you’re in the shadows, they are much more difficult to see, if not entirely invisible. It’s an interesting system, but this frequently makes enemies who are right in front of you invisible specifically because you are hidden, taking away the small benefit of an isometric camera and making it nearly impossible to see the level from a more holistic perspective.

In other ways, too, while Winter Ember does purport itself to be a stealth-focused game, it frequently feels like it would rather be an action game. Enemies can see you from far distances and with seemingly no lighting, and the game introduces tall grass to hide in that enemies see through almost every single time. What’s worse is that controls and inputs are frustratingly inexact for actions that need to be precise. Movement can feel far too weighty, and almost every action input needs to happen multiple times for the game to register. I had numerous occasions of trying to stealth kill a guard only for the game to not register my input and the guard to turn around and begin fighting. Then, when you do get into fighting, it’s often easier than stealth. There’s a basic sword fighting system of light and heavy attacks, blocking, and parrying, and while the timing takes some getting used to, parrying is almost universally the easiest way to play. I found myself more often than not trying to be stealthy because the game told me to, being spotted out of nowhere, and ultimately killing everyone anyway because I could parry my way out of it.

One of the other major systems is the intricate arrow crafting, which allows you to craft many different types of arrows based on different needs and elements. You can use electricity, for example, to shock an enemy or power a generator, while you can use rope to climb to different areas of the environments. There is a good amount of variety with these, and I found myself incorporating the arrows more frequently as I progressed, but the major hindrance again is the controls and interface. The crafting menu is obtuse and hard to comprehend, and the act of having to enter the menu and equip different materials and arrows every time feels incredibly cumbersome. It’s the type of issue that builds up over time and made me groan every time I had to open the menu. 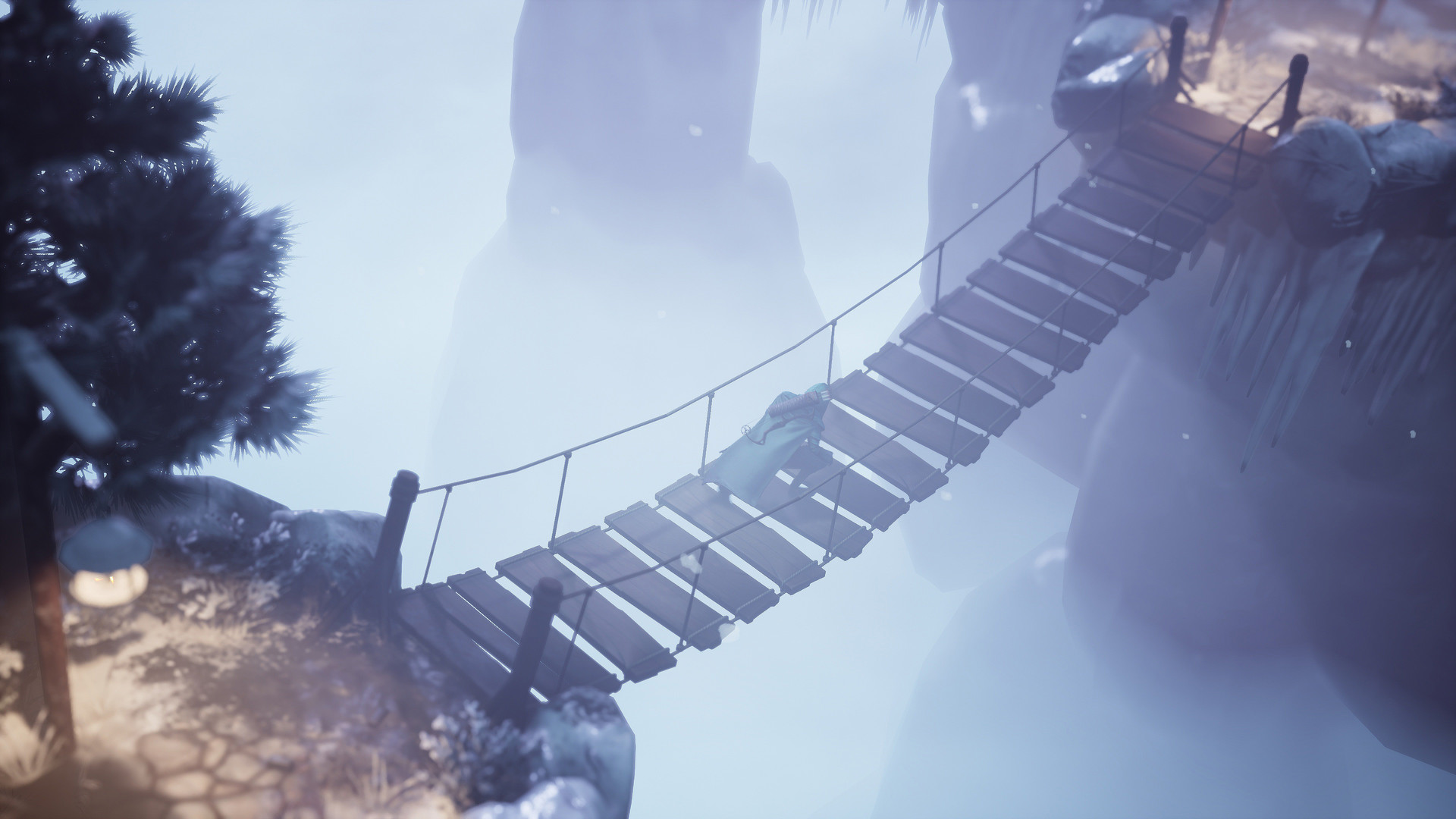 "While stealth games are nothing new, there are a couple mechanics, like the visibility and the exploration, that Winter Ember seemingly could focus on, but for every interesting idea, there are multiple flawed design choices or gameplay inconsistencies that bring the experience down, especially in the cumbersome menus and heavy inputs."

There’s an interesting idea lying somewhere within Winter Ember, but the final product doesn’t bring out the best parts of it. While stealth games are nothing new, there are a couple mechanics, like the visibility and the exploration, that Winter Ember seemingly could focus on, but for every interesting idea, there are multiple flawed design choices or gameplay inconsistencies that bring the experience down, especially in the cumbersome menus and heavy inputs. I wanted to like Winter Ember far more than I did, because when it comes down to it, this is a stealth game that fails to abide by its own rules.

Final Verdict:
AVERAGE
What works about Winter Ember is almost entirely overshadowed by the frustrating moment-to-moment experience that never settles into a true, precise stealth game.
A copy of this game was provided by Developer/Publisher/Distributor/PR Agency for review purposes. Click here to know more about our Reviews Policy.