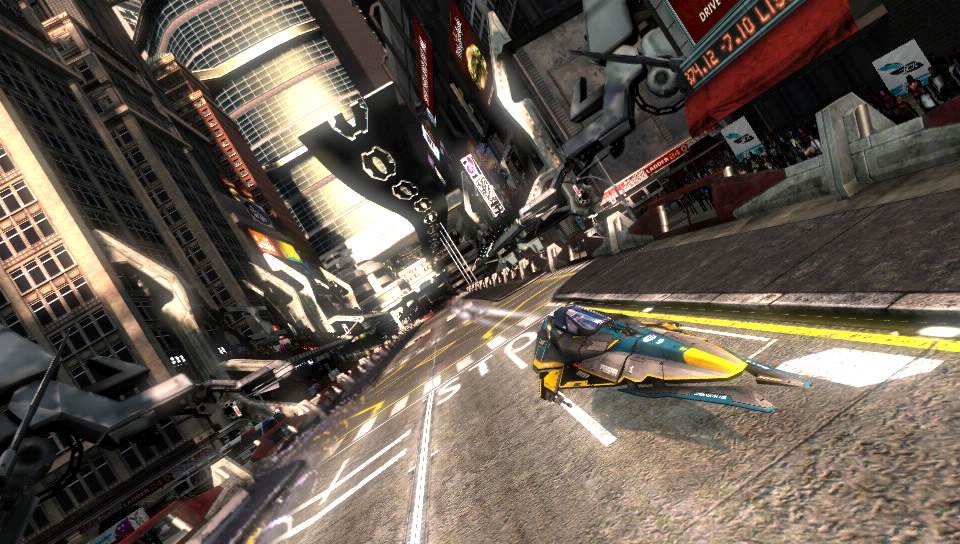 WipEout has always been the staple racer franchise for Sony platforms since the PS1 days, and you have to be out of your mind if you think it won’t be available for Sony’s new spanking hardware — the PlayStation Vita. In case you’re new to the franchise, you need to know just one thing — it’s all about speed. It also overwhelms your eyes with fantastic sci-fi visuals, that blurts out colours at a rapid rate to overload your ocular system. But that’s a good thing, obviously. Most WipEout games are also known for running at 60 fps, but — in what is probably the only downside here — this game runs at a 30 fps frame rate.

Initially, I was a bit worried that this would ruin the experience drastically, but once I started playing the game, all such concerns vanished really fast. Make no mistake about it, this is the WipEout you know and love, and features all the gameplay characteristics that made its predecessors so great. As a launch title, it doesn’t get any better when it comes to the general quality of the software — like this other game over here, WipEout 2048 features a lot of modes to keep the player busy for a long time. 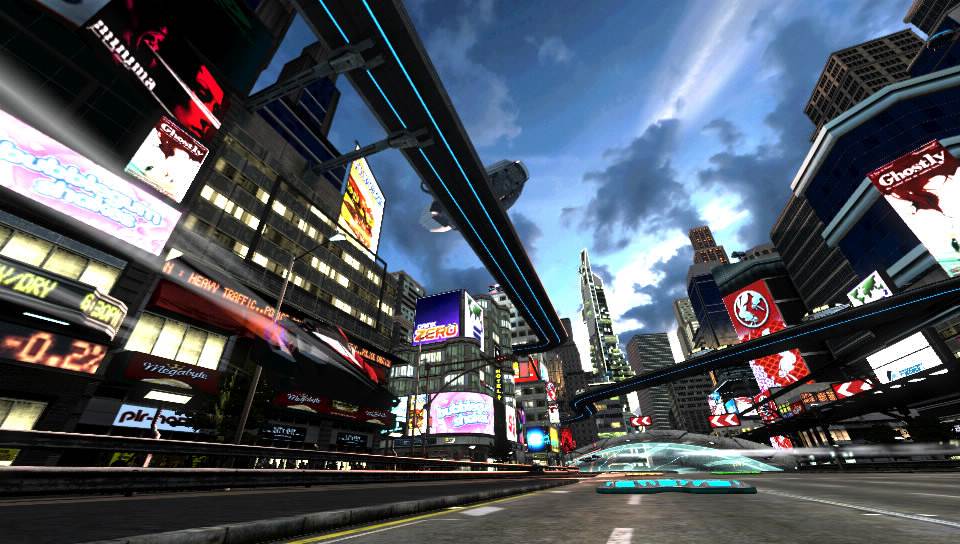 So what should you expect from this game? A lot apparently. WipEout 2048 features a glut of gameplay modes and plenty of unlockables, along with trophy support, which ensures high replayability factor. I can’t praise the visuals enough. When you combine that gorgeous OLED screen of the Vita with the flashy colourful visuals of this game, the result is something spectacular, something that will arouse you and titillate your senses. The levels in the game are masterfully designed and sport great neon style lighting.

If you have played WipEout HD on the PS3, then the event menu will remind you of it. The hexagon shaped events make it easy to select any mission you want. Just like its console counterpart, this game also features a lot of gameplay modes — psychedelic Zone races, time trials and standard races. The controls offered to you are quite varied, and you can either use the touchscreen to play or the analogue sticks. I would suggest the latter because that’s how WipEout is supposed to be played, and considering the game is quite tough, a traditional control system is recommended. 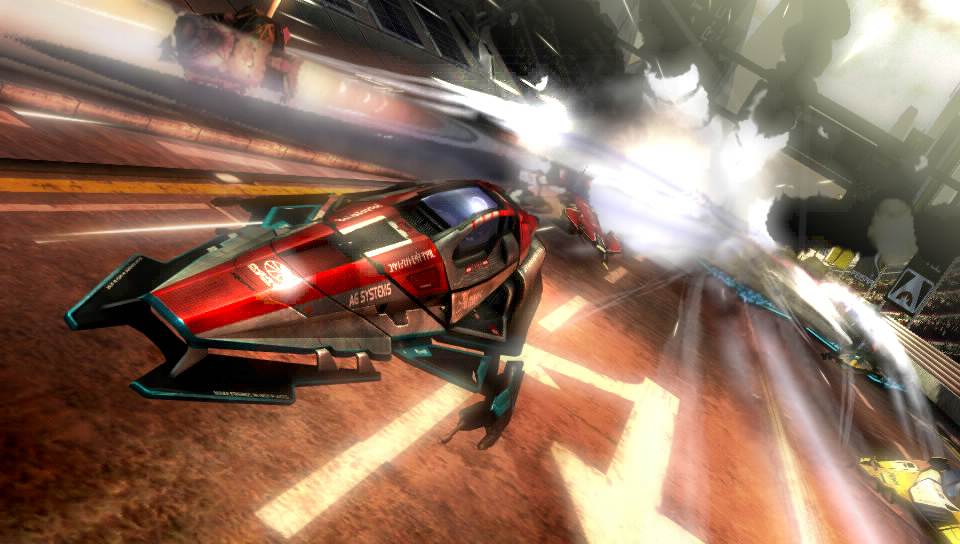 The game has a multiplayer component as well, which is quite fun and the netcode is not really problematic. This is the first Vita game I played online, so my impression was a positive one. You have the option of participating in campaign styled races against other players. It’s quite straightforward and doesn’t really need an explanation, and everything is quite streamlined here. I didn’t have any laggy races so far, and considering you can use a lot of offensive and defensive pick-ups, it was quite a refreshing experience playing this without any visible high latency.

Coming to the pick-ups, even in the campaign mode, you can use them for a lot of bonuses. You could take out other vehicles, or boost your defenses to prevent your vehicle’s obliteration. It all happens so fast during gameplay that you really need to concentrate here. That also makes the gameplay very addictive and combined with unlockables like additional vehicles and events, you will be playing this game for a long time. The loading times are a bit on the higher side though. 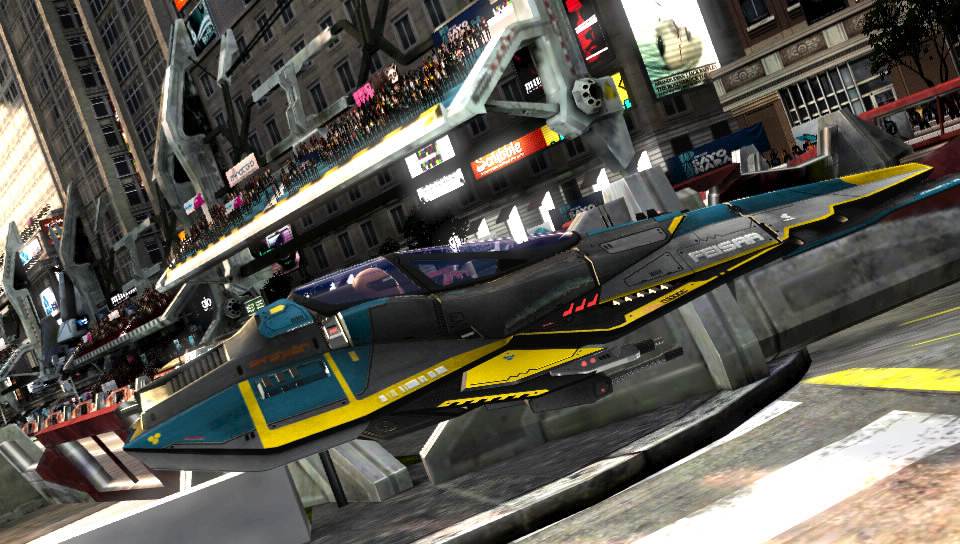 If you have ordered a PlayStation Vita, having this game in your collection is highly recommended. Not only does it have great visuals, but the content is quite beefy as well. It’s also a technical showcase, and their are no real drawbacks, other than the slightly higher loading times and the 30 FPS framerate. The latter isn’t an issue (for most of the part), as it is not noticeable in the game — the game mostly runs very smoothly. This game has everything to satisfy your portable racing needs, and is quite an enjoyable experience. The added multiplayer component is just the  icing on the cake.

Final Verdict:
EDITOR’S CHOICE
If you have ordered a PlayStation Vita -- having this game in your collection is highly recommended. Not only does it have great visuals, but the content is quite beefy as well.
A copy of this game was provided by Developer/Publisher/Distributor/PR Agency for review purposes. Click here to know more about our Reviews Policy.