Witcher 3: Dev Aims To ‘Deliver The Highest Fidelity Graphics Possible’ Across All Platforms

Grzegorz Mocarski, Lead Game Programmer on what to expect from The Witcher 3: Wild Hunt.

GamingBolt recently caught up with CD Projekt’s Grzegorz Mocarski who is the Lead Game Programmer of the upcoming role playing game The Witcher 3: Wild Hunt. In our interview, we were able to discuss everything from gameplay mechanics to how the developers are using the extra time due to the delay to polish up the game even further. Check out his response below.

Leonid Melikhov: The demo was great. How do you guys feel about all of the dynamic stuff you are doing? For example, in the demo, we killed the werewolf and the villagers noticed that. How does the AI react to your actions?

Grzegorz Mocarski: The Witcher 3 is a huge, open world game, and open world for us means not only huge locations, but also a number of interesting choices. You can do a lot in the game, and we’re giving you many, many options. The world around us reacts to the choices, as well. It’s not only about having a story arc with different choices as you saw during the presentation, but it’s also about giving the player the option to choose what they want to do and how they want to interact with the game.

During combat, you will have many options in terms of how to fight against your enemies. You can use different kinds of attacks –swords, bombs – and you can prepare plenty before the fight, and it is important. When fighting enemies like werewolves, which is part of monster hunting, which is a huge part of our game, you’re also changing the environment around it, right? If there is a werewolf or a big creature like it somewhere around people, the people will gladly pay you for your assistance, for your help. 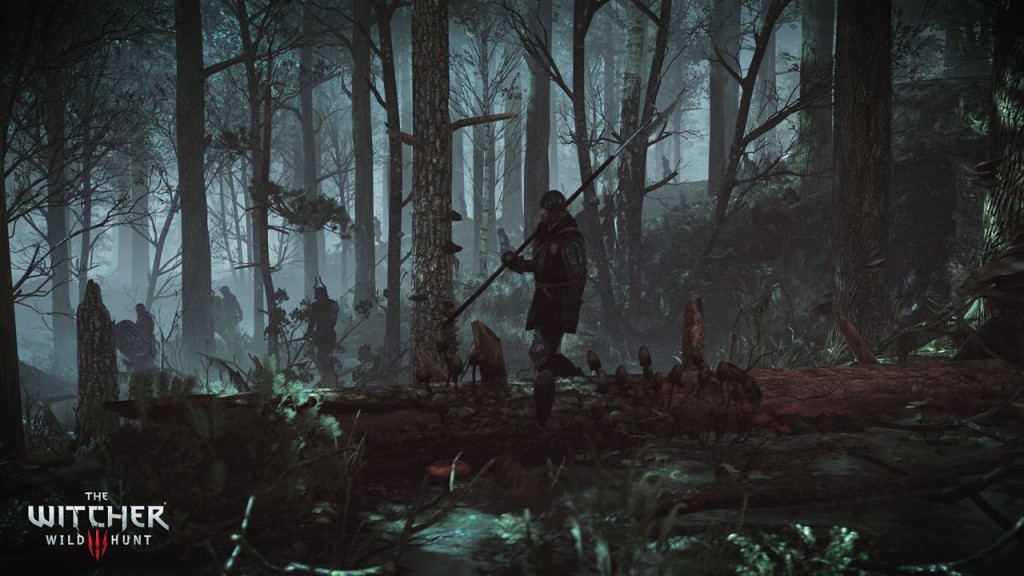 "We worked on our open world, making sure that there is enough stuff to do, and it looks amazing. We were also working to make sure that we can deliver the highest fidelity graphics possible, and we started working on the optimization, to make sure it can run on all of the platforms at a decent quality.

Leonid Melikhov: For those people who love to complete one hundred percent of the game, especially in RPGs where there’s usually a lot stuff do it, it is quite clear that The Witcher 3 is humongous. There’s almost too many things to do! How will you know when you are one hundred percent done with the game? Are there collectibles? Will you get something for completing all of the side quests? Is there some kind of progress tracker that tells you how much you’ve done versus what there is for you to do?

Grzegorz Mocarski: That’s a really good question, to be honest. Where to check it and when to be sure that you are done, right?

Grzegorz Mocarski: There is obviously a journal where you can see your progress, how many quests you have done, and you can read the story behind those quests. It is one of the means you can use to summarize your progress. Obviously, on consoles we’ll also be supporting achievements, and that will be giving you a good representation of completion from a gameplay perspective. But it’s also about growing your character.

You can grow and advance in multiple ways. When you level up, you’ll gain skill points. You can put those toward skill trees. For alchemy, you’re learning recipes for potions that can not only improve you instantly, like heal you up, but they can also have a long term effect on you. Then you’re acquiring new crafting schemes that allow you to create a lot of new items.

Leonid Melikhov: Are you guys running at 1080p on Xbox One and PS4? What is your target for resolution?

Grzegorz Mocarski: Right now, we are not talking about resolution. We are doing what we can to make sure that the quality is as high as possible, and as high as we can achieve.

Leonid Melikhov: I see. You’re not talking about framerate either?

Grzegorz Mocarski: We are still working on optimization and seeing what we can get.

Leonid Melikhov: I see. That brings me to my next question. Do you think it was a good decision to delay the game, and if so, why?

Grzegorz Mocarski: Time will tell if it was a good decision, but I do believe that it is important to deliver a quality product that both developers are happy with, as well as the consumers and players. I would rather work on it a little bit longer than put out something that isn’t ready. It’s going to be worked on for a few additional months and I really hope that you will be happy with it.

Leonid Melikhov: Well, it looks really good so far. It looks even better than last year. What have you added since last year? Are there any particular features that are in the game now that didn’t exist least year? What have you been working on most from last year to this year? Was it just more polishing?

Grzegorz Mocarski: We did work, to be honest, on all aspects of the game. We worked on our open world, making sure that there is enough stuff to do, and it looks amazing. We were also working to make sure that we can deliver the highest fidelity graphics possible, and we started working on the optimization, to make sure it can run on all of the platforms at a decent quality.

"There are multiple endings. I cannot really share more details about it at this point, but there are decisions that you will make that will make multiple changes in the world surrounding it, but will also change the world at large, and the end of the story.

Leonid Melikhov: How long has the game been in development for, total?

Grzegorz Mocarski: We had a huge experience while working on the port for Xbox 360, and we knew it might happen. So we were starting from the ground already thinking about multiple platforms.

Leonid Melikhov: So it was something that was already being planned?

Leonid Melikhov: As a fan of RPGs and your own games, what is your favorite thing about The Witcher 3 for you personally?

Grzegorz Mocarski: It’s actually the freedom that I can choose my way through it. The decisions that I will make in the story will actually change something in the world, will be meaningful. That I can tailor my character towards my specific play style. That is really important and really cool, in my opinion.

Leonid Melikhov: Awesome. I have one more question for you. As you’ve said, the choices that you make affect what happens later in the game. With that being said, does the game have multiple endings, or does it always lead to the same ending despite your choices, in the end?

Grzegorz Mocarski: There are multiple endings. I cannot really share more details about it at this point, but there are decisions that you will make that will make multiple changes in the world surrounding it, but will also change the world at large, and the end of the story.