World of Warcraft: Battle for Azeroth Releasing on August 14th 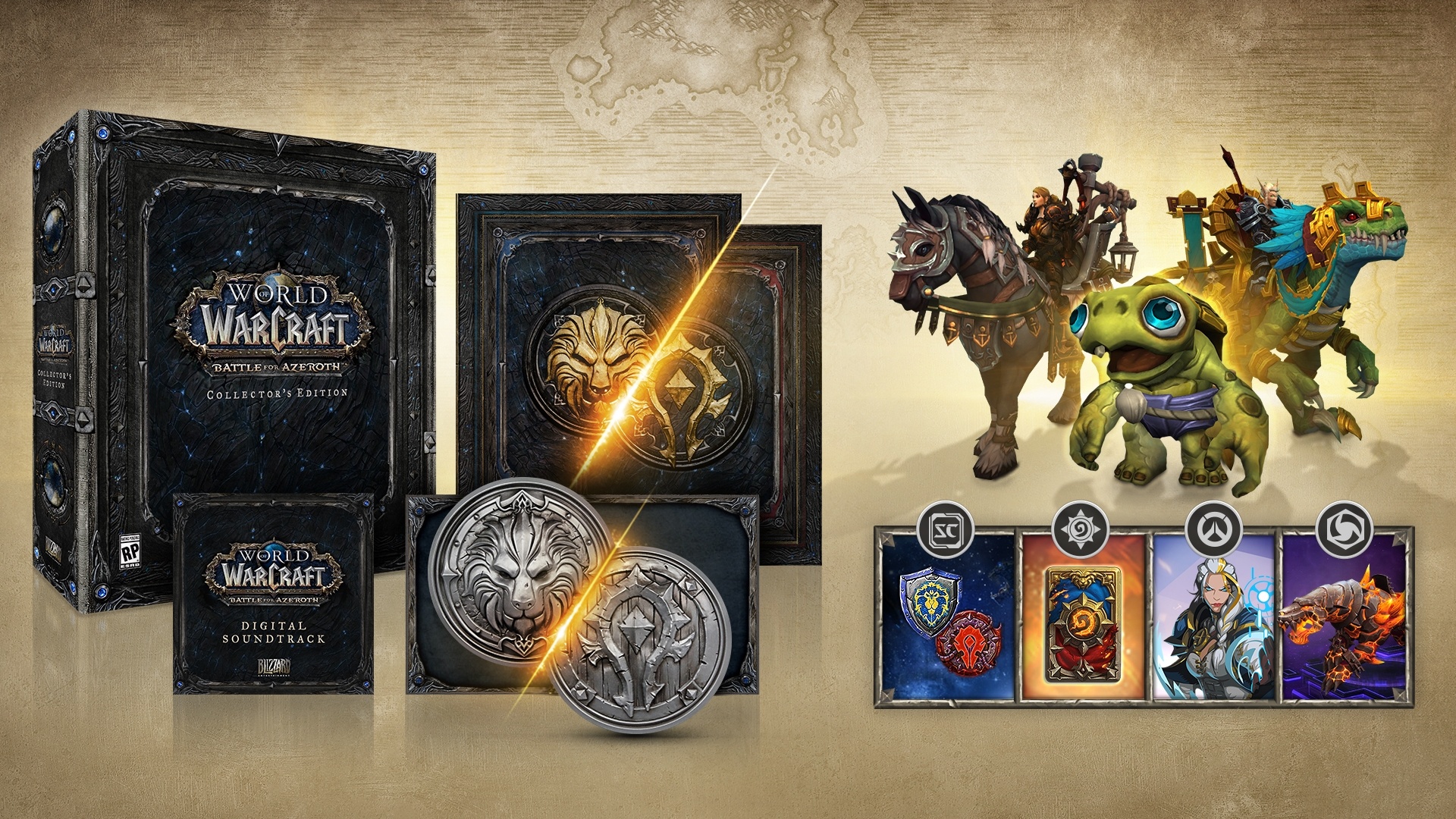 Blizzard Entertainment has announced that World of Warcraft’s next big expansion Battle for Azeroth will be releasing on August 14th. Along with new races to select and increased level cap, there will be heaps of new content like Warfronts, Island Expeditions and new regions to explore.

The developer has also revealed the game’s physical Collector’s Edition which include Elegy & A Good War, a novella detailing events from both the Alliance and Horde perspectives before the war (with original artwork); the official soundtrack; and a Mark of Allegiance Faction Coin along with the base game.

As for content, players will have a level cap of 120, new allied races like the Horde’s Nightborne and Highmountain Tauren along with the Alliance’s Void Elves, Dark Iron Dwarves and Lightforged Draenei. The new Warfronts act as 20 player PvE content which harken back to the old days of Warcraft RTS games. Then there are the Island Expeditions which sees groups of three players tackling “dynamic” challenges against either groups of AIs or real players.

What are your thoughts on Battle for Azeroth? Let us know in the comments below.