Team 17, the developers behind the cult classic, Worms, are bringing out their latest game on Apple’s handhelds. Although Worms is currently available for the iPhone with full multiplayer compatibility and the full arsenal of weapons, Worms Express srips out the multiplayer and some of the weapons in exchange for a more interesting single player experience- and a lower pricetag. Worms Express is currently retailing from the App Store at just $1. 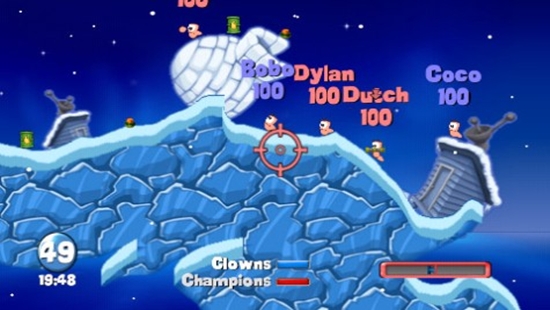 For those interested in the original Worms, or who already own it, you will be pleased to know that a slew of new features will be added to the game shortly. In the update an all-new single player mode called Survival is the most significant addition. However Bluetooth functionality has been added as well as a new playlist feature that lets you customize your soundtrack in-game according to your own music. The update will be released sometime this month.