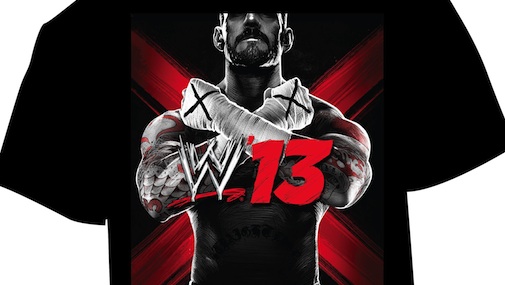 WWE 13, which explores the Attitude Era and lets players explore moments of that era with tons of different wrestlers and new features, has already scored its first victory, this one at UK retailer GAME. The Austin 3:16 Collector’s Edition has reportedly sold out in GAME stores across the country, and this is apparently before the game’s commercial release.

The collector’s edition includes exclusive in-game attire, the special ATV ring entrance which Austin tauted during the Brock Lesnar era, and a fourth disc titled, “Stone Cold Steve Austin: The Bottom Line on the Most Popular Superstar of All Time”. We’re guessing this is a documentary or feature highlighting the impact that Austin had on wrestling due to his popularity during the Attitude Era (can you say, “outselling Hogan’s run during the 80’s”?).

Given the amount of Stone Cold-CM Punk promotion going on – with shout outs on RAW, tweets and replies of the two Superstars taking shots at each other – it only makes sense that we’d get some CM Punk promotional material with this news. Hence, those who still haven’t pre-ordered can do so now and receive a CM Punk WWE 13 shirt. Those who do so via Amazon UK will also receive Prima’s digital strategy guide for the game.