2K Games has revealed that there will be more to WWE 2K14’s upcoming “30 Years of Wrestlemania” mode. That’s not including the +40 matches from Wrestlemania history that players will have a chance to take part in. In fact, there will be a special option for either beating or defending the Undertaker’s streak. 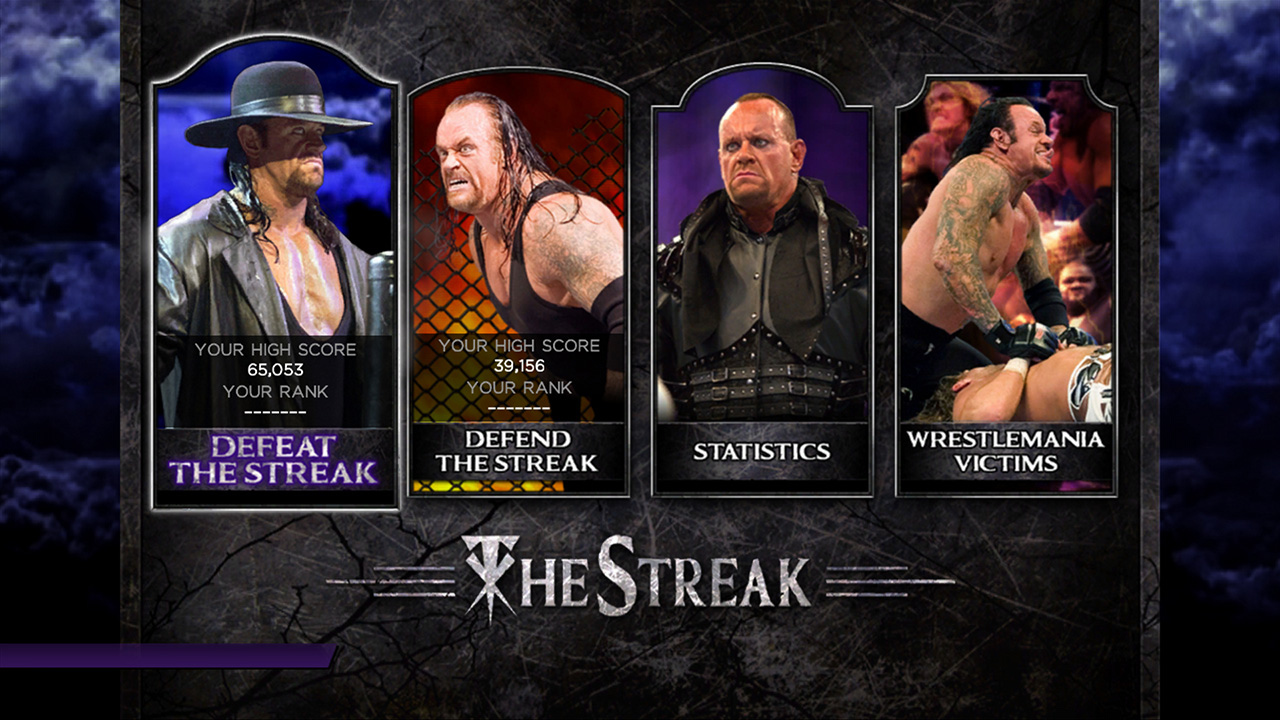 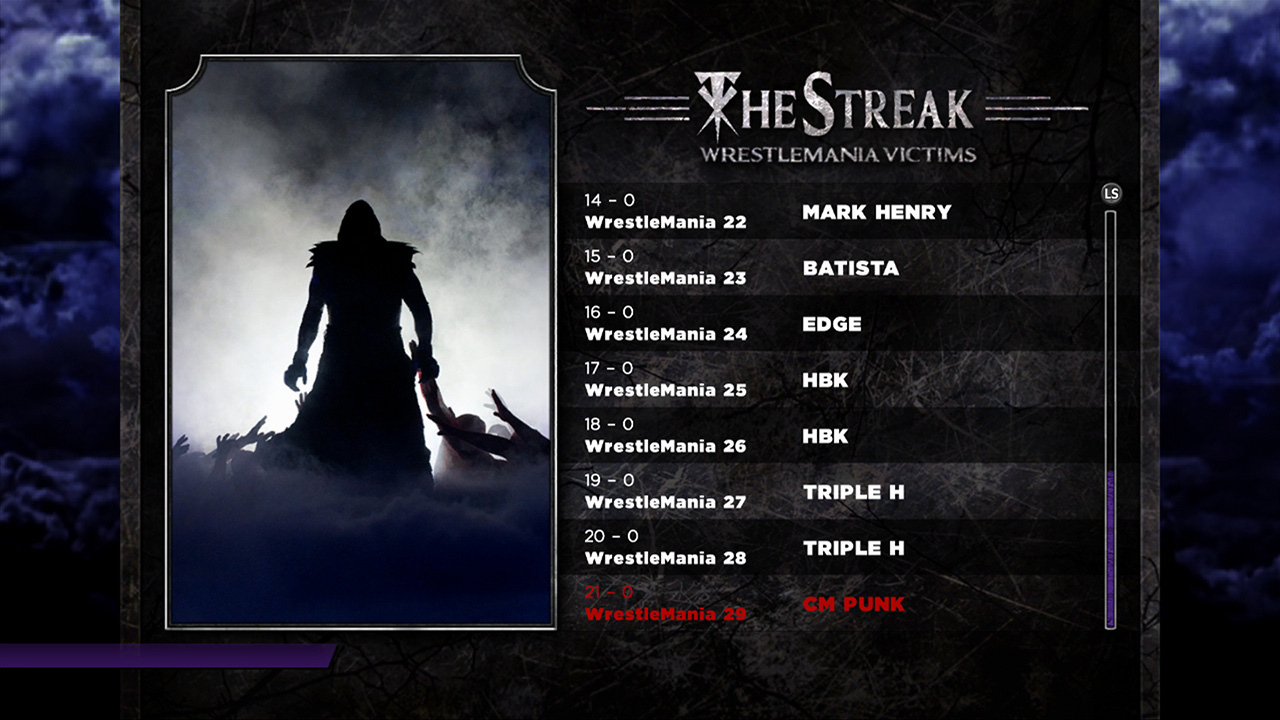 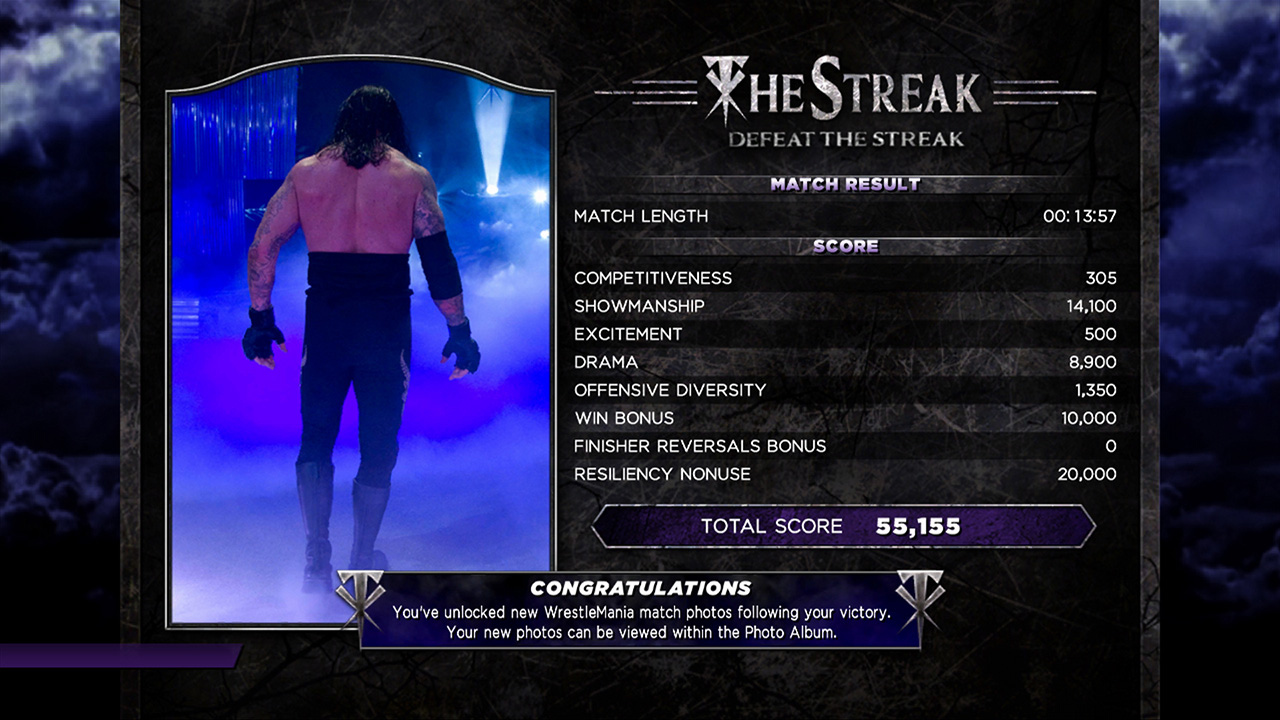 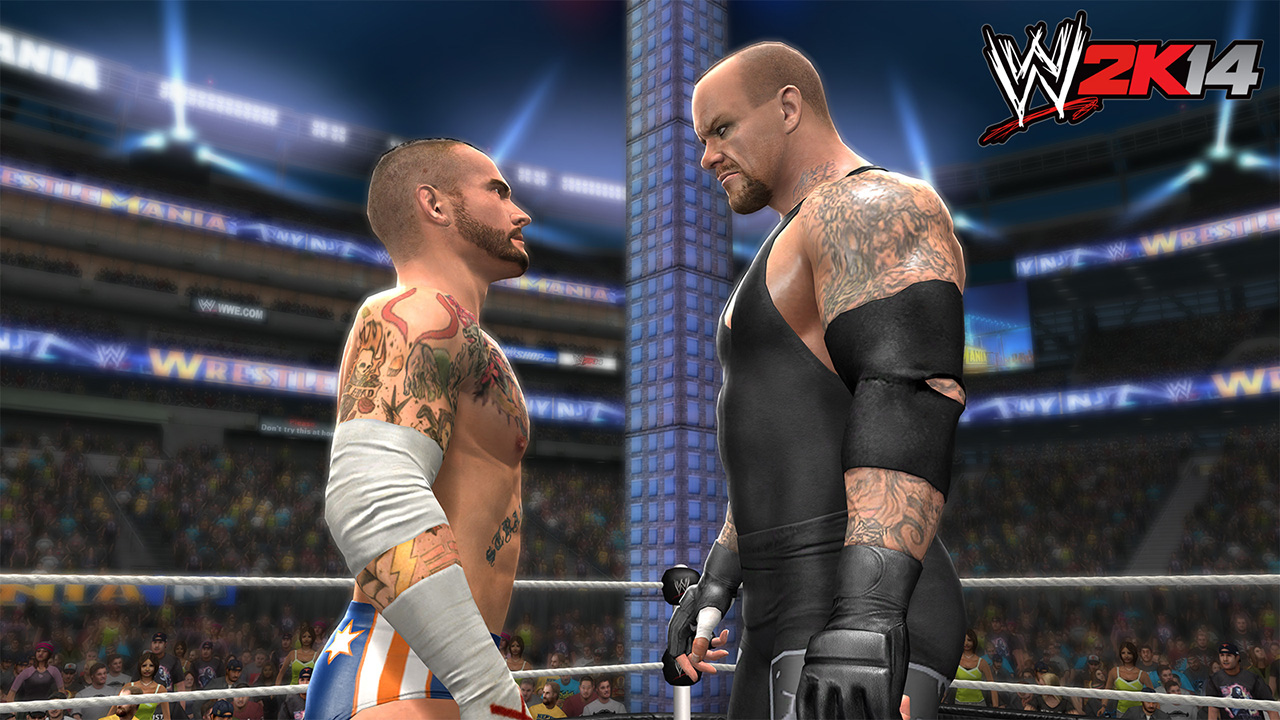 In “Defeat the Streak”, players will go up against the Undertaker – who is currently 21-0 in Wrestlemania victories – using either an existing or custom wrestler. The match will be no disqualification, with the Undertaker not in a mood to play nice. Depending on how you fight, you’ll be graded based on how long the match went, big moments created and more which goes towards your leaderboard ranking.

“Defend the Streak” will see you playing as the Undertaker and taking on an endless number of opponents until you’re defeated. This is again a mode which lets you rank on leaderboards, but be warned that you’ll have no opportunity to recover your health.

WWE 2K14 meanwhile will be releasing on October 29th in North America and November 1st in Europe for PS3 and Xbox 360.