“30 Years of Wrestlemania” mode rolls on.

WWE 2K14 will be the first game in the series – and in fact, perhaps one of the very few wrestling games of the past decade – to not be published by THQ. As such there will be a lot of changes, but it will still incorporate the same WWE approach, which means paying homage to the best the WWE has had to offer in its history. Thus we have “30 Years of Wrestlemania” mode, which features all the best matches in Wrestlemania history. 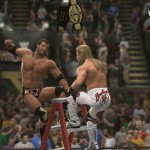 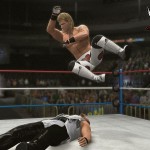 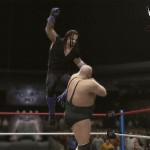 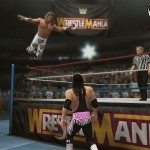 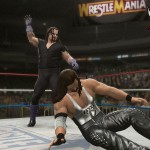 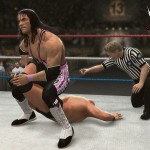 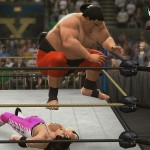 Yesterday, we got a peek at the first 10 matches of the mode, which focused on greats like Hulk Hogan and Randy Savage. Today’s reveal revels in the new generation, namely the likes of Shawn Michaels and Bret Hart. Check them out below:

3. WrestleMania 11: The Undertaker (with Paul Bearer) vs. King Kong Bundy (with Ted DiBiase)

5. WrestleMania 12: The Undertaker (with Paul Bearer) vs. Diesel

WWE 2K14 will release on October 29th for PS3 and Xbox 360 in North America and November 1st in Europe.