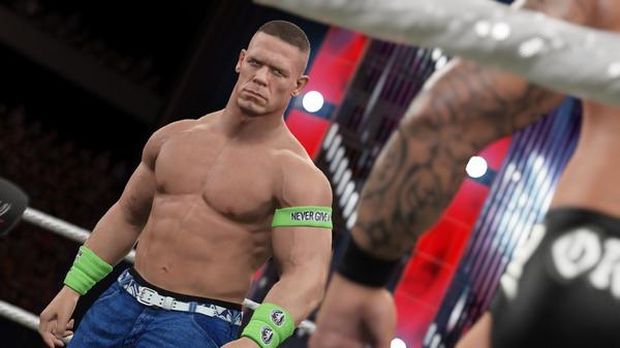 Visual Concepts promised that WWE 2K15 would be a sizeable step up in terms of visuals over its predecessor and it wasn’t lying. WWE World Heavyweight Champion John Cena recently tweeted out the first in-game screenshot of him and Randy Orton. It’s definitely a huge step up from last year’s plasticky looking figures.

The important aspect will be to see how the characters move though, as one of the biggest complaints of WWE titles has been the animation system (along with how often it tends to glitch out). Nonetheless, this year will be a big step forward in terms of gameplay with Visual Concepts teasing a Showcase mode wherein you can explore rivalries between different wrestlers. You can also take your created wrestler on a full-fledged career mode this time around.