The latest in 2K Games’ series under-delivers in many key areas, much like the WWE currently.

Somewhere along the way, World Wrestling Entertainment decided to be more about the stars of yesteryears and less about the athletes. It’s incredible to behold because talents like Kevin Owens, Daniel Bryan (injured), CM Punk (now signed to UFC), Kalisto, Adrian Neville and many more seemingly flounder in the mid-card while the John Cenas, Randy Ortons, Undertakers, Kanes, Big Shows, etc. receive top billing. This isn’t so much about focusing on legends and established stars as doing very little to innovate outside of the norm. 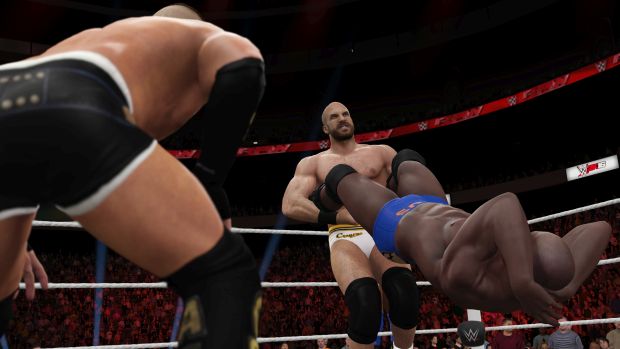 "The 2K Showcase mode is awesome though. Having watched Stone Cold’s ascent from King of the Ring 1996 and his classic matches with Bret “The Hitman” Hart all the way to his war with D-Generation X, it was a real treat to see this mode capture some of the best moments in WWE history."

The metamorphosis is amazing because it perfectly mirrors that of WWE 2K15’s transition to WWE 2K16. While last year’s edition did focus on rivalries like Shawn Michaels vs. Triple H, it also had John Cena vs. CM Punk. Sure, it was by all means a let-down over WWE 2K14 which had Defeat the Streak and 30 Years of Wrestlemania but WWE 2K16 seems to narrow the scope further, focusing purely on Stone Cold Steve Austin’s rise and career in 2K Showcase. While the latest iteration of the annual wrestler from Yuke’s and Visual Concepts looks better on Xbox One and PS4 compared to last year, there are still plenty of ways it’s decidedly not “best for business”.

Let’s start with the positive – the Create a Wrestler system is better than before and presents a whole lot more variety when it comes to creating your Superstar. My Career mode also feels better over last year with players capable of forming alliances and being able to influence their careers depending on how they align with The Authority. WWE Universe can still be a decent distraction but in this, as well as My Career mode, it’s annoying to constantly be pitted in the same matches with the same people. Yes, I get that this is how you build a “rivalry” but should every second person I face be a “rivalry” that goes on for months on end?

The 2K Showcase mode is awesome though. Having watched Stone Cold’s ascent from King of the Ring 1996 and his classic matches with Bret “The Hitman” Hart all the way to his war with D-Generation X, it was a real treat to see this mode capture some of the best moments in WWE history. The matches themselves and the additional objectives provided weren’t half bad either, and the ability to unlock various little side-matches while progressing through the main timeline gives plenty of incentive to learn more about Steve Austin outside of his more famous moments. Also, the mini-documentaries which provide context to each event and upcoming match are excellent. If only Visual Concepts and Yuke’s could add more Showcases in a single year. Then again, one has to get that DLC money somehow and we can only hope that we get more impressive Showcases this year. 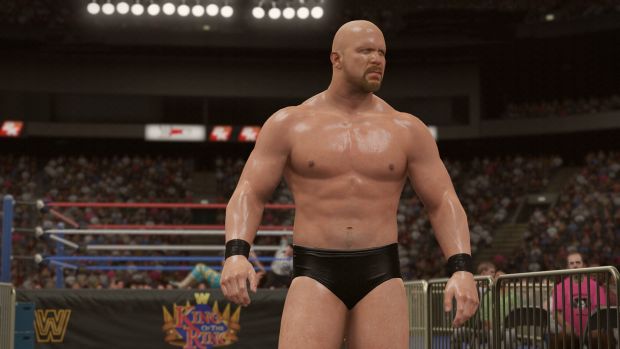 "In matches where six players are going at it for Money in the Bank, you won’t exactly be making use of much else besides the ol’ running grapple, reversals and strikes (not that there’s much technical wizardry in Ladder matches anyway)."

At least the roster is suitably large this year. Aside from important omissions like the Four Horsewomen – Becky Lynch, Charlotte, Bailey and Sasha Banks – you’ll find just about every Superstar and Diva here along with several variations of the base character. Some of these stats will no doubt upset hardcore fans of certain wrestlers but hey, the variety is great (ever wanted to see Sting vs. The Terminator? Well, here’s your chance). It’s also great that certain modes that were missing from last year have returned, like the Ladder Tag Match, Tornado Tags and Handicap Tags.

Yuke’s and Visual Concepts also took significant steps to alter the grappling system this year. You now have a set number of reversals that can be used, which recharge over time. You’ll also have new mini-games for chain grappling (which takes a rock-paper-scissors approach to one-upping foes), submissions and pinning. Rest holds, dirty pins and more are also neat additions and they allow for a fairly more tactical approach to the action. Here’s the quandary though – they’re best suited for tag team matches or singles matches. In matches where six players are going at it for Money in the Bank, you won’t exactly be making use of much else besides the ol’ running grapple, reversals and strikes (not that there’s much technical wizardry in Ladder matches anyway). That being said, these are welcome additions and make the actual fighting feel more competitive.

What doesn’t help WWE 2K16 are the glitches. Oh, the glitches. Ladders suddenly prop up like rakes if you hit them in weird places. Superstars may glitch through each other. You may have trouble adapting to all the new systems, especially with the general complexity that the controls offer, and the additional randomness of the glitches doesn’t help. Another note on the commentary – more Jim Ross delivering signature lines, less Michael Cole, JBL and Jerry Lawler feeding me the same tripe I’ve been hearing for years on end. 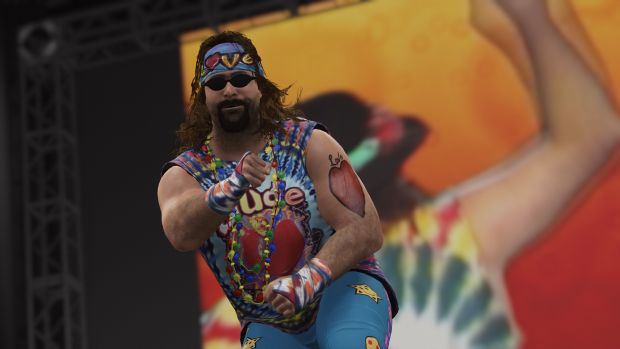 "Honestly, if you’re getting WWE 2K16, it’s either because you’re a huge fan of the series or you want to experience all the chaos and hilarious glitches with your friends."

And though hardcore fans will no doubt note the improvements in visuals, WWE 2K16 continues the series’ tradition of looking seriously drab. Crowd animations aren’t a big leap over last year, some Superstars look off in several ways and overall, and the visual quality doesn’t feel like it’s overcoming its plateau any time soon. Aside from the actual content of the commentary lines, the timing and voice quality is above average in places.

WWE 2K16 isn’t a big evolution but it does include the most comprehensive roster till date, a fun Showcase with Stone Cold Steve Austin and plenty of opportunity for mayhem with friends. Honestly, if you’re getting WWE 2K16, it’s either because you’re a huge fan of the series or you want to experience all the chaos and hilarious glitches with your friends. Your general consumer may struggle to really find much joy after a point – heck, as a fan, even I didn’t find much reason impetus to play after a while. You may want to check out WWE 2K16 but keep your expectations low – the product isn’t quite over but it hasn’t achieved full jobber status just yet.

Animation and gameplay glitches seemingly never die. My Career and WWE Universe modes can get repetitive at times. New gameplay mechanics difficult to handle in six person matches. More Showcases would have been great. Visuals don't show much improvement overall. In terms of gameplay appeal, it's only really meant for hardcore wrestling/series fans.

While an improvement over last year, WWE 2K16 still represents a series that has a ways to go before realizing its full potential. We appreciate the large roster and 2K Showcase but this is strictly meant for the hardcore fan.

A copy of this game was provided by developer/publisher for review purposes. Click here to know more about our Reviews Policy.
Tagged With: 2K Sports, pc, ps3, ps4, Visual Concepts, WWE 2K16, xbox 360, Xbox One