Posted By Rashid Sayed | On 17th, Mar. 2010 Under News | Follow This Author @GamingBoltTweet

When Sony announced the PlayStation 3 Slim last year, it created a craze around the internet. But has Microsoft now cottoned onto the idea too? According to Kotaku, a new image of Xbox 360’s motherboard has surfaced. Take a look below: 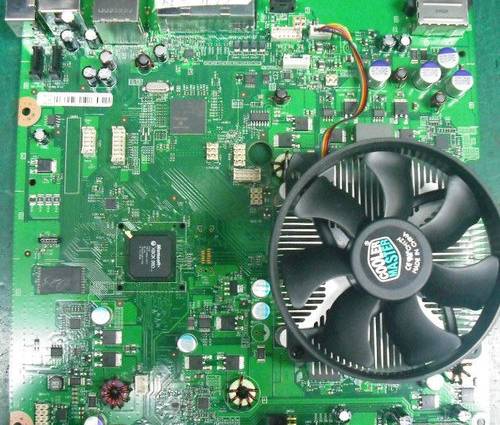 The image above (possibly, nothing is concrete yet) shows the motherboard of an Xbox 360 slim. But the catch here is that it’s the new chip design for the rumoured Xbox 360 slim, which is undergoing testing in China. This new design combines the GPU and the CPU together which makes it small. Its not a little modification- it’s a total redesign of the system.

Also with Project Natal due this year, it might actually be a good idea to launch the slim version along with it. However we would advise that you take this with a grain of salt.

Many thanks to Kotaku & A9VG.