Its a well known fact that for the first few years of the Xbox 360, the platform was marked by constant hardware failure when the infamous ‘Red Ring of Death’ used to start flashing on the console. Now it seems that the 360 slim will actually be having the same issue, but this time Microsoft are playing a bit smart. In order to prevent a hardware failure for the console, a pop up message will appear on the television sets which will warn the user that the Xbox 360 slim is heating up and will enter in to shut down mode. According to sources this will increase the overall life of the hardware. Check the image below: 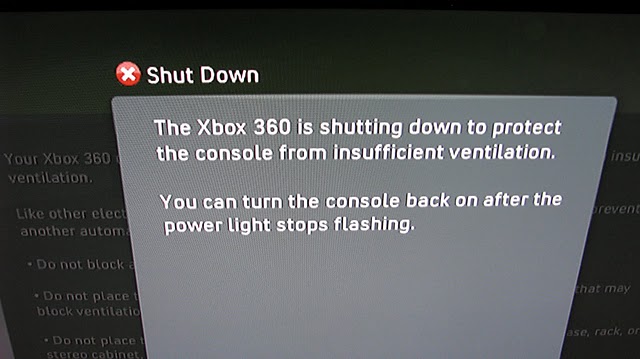 Now having said that, imagine a situation where you are playing your favourite game and have just completed a really tough boss battle and DANG!.. the pop up appears. Now that would be really annoying. I am not sure how recursive this issue will be, but we will soon find out. Stay tuned with GamingBolt for more news and updates.