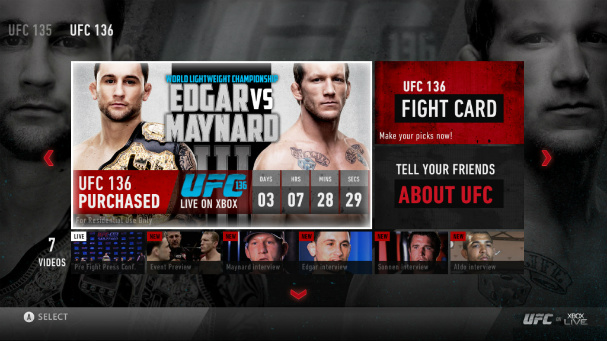 So yeah, Microsoft recently provided 30,000 coupons for watching an UFC match live on Xbox 360, but that didn’t turn out too well, as the traffic crashed the app itself. This shouldn’t have happened though, but it seems like Microsoft wasn’t expecting this.

They issued an apology to Bitmob, which you can check below.

“The broadcast of UFC 141 through the UFC for Xbox LIVE application was hampered by technical issues appearing in the hours leading up to the fight. Despite restoring service to some users during the course of UFC 141, there is a great deal of room for improvement. All 30,00 users who registered to view UFC 141 for free will be provided access to a future fight at no cost.

“We want to ensure that the 30,000 giveaway recipients for UFC 141 have an optimal experience with UFC on Xbox LIVE, and we are currently working with our partners at the UFC to ensure we deliver just that. The gamertags of the 30,000 users who registered for UFC 141 are being safely kept on file for free access to a future UFC event, and we will have more updates to share in the near future.”