J Allard and Robbie Bach are leaving their posts as creators of the Xbox and head of Microsoft entertainment respectively, after 41 collective years of faithful service. 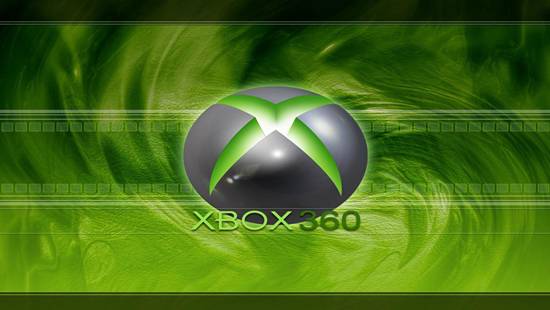 Microsoft executive Allard, one of the top men at MS, responsible for the maintainence of Xbox services and the original creation of the console is taking his leave of Microsoft after 19 years. Bach, president of entertainment and devices at Microsoft has also been declared to be ‘retiring’.

“J has brought a game-changing creative magic to Microsoft for years, from Windows to Xbox, from Zune to KIN,” Microsoft CEO Steve Ballmer said in the official press release confirming the departures of J Allard and Robbie Bach. “He was one of the key drivers in our early work on the Web, and we’re absolutely delighted that J’s role with the company will evolve in a way that lets all of Microsoft benefit from his business insight, technical depth and keen eye for consumer experience.” The evolution will see J serve as an “advisor in a strategic role for Ballmer and his leadership team.”

The loss of two key members from the Microsoft entertainment team potentially leaves MS in a weak position in the future, open to strong competition from Apple, Sony and Google. Nevertherless, Bach said, “This has been a phenomenal year for E&D overall, and with the coming launches of both Windows Phone 7 and “Project Natal,” the rest of the year looks stupendous as well.”

You can read the whole memo regarding Robbie Bach below.

From: Steve Ballmer
Sent: Tuesday, May 25, 2010 11:01 AM
To: Microsoft – All Employees (QBDG)
Subject: Executive Leadership Transitions

After almost 22 years with the company, Robbie Bach has decided to retire from Microsoft. I have worked with Robbie during his entire tenure at Microsoft, and count him as both a friend and a great business partner and leader. Robbie has always had great timing, and is going out on a high note – this has been a phenomenal year for E&D overall, and with the coming launches of both Windows Phone 7 and “Project Natal,” the rest of the year looks stupendous as well. While we are announcing Robbie’s retirement today, he will remain here through the fall, ensuring we have a smooth transition.

Concurrent with Robbie’s retirement, I am making several organization changes to ensure we have the right leaders in the right positions as we set ourselves up for the next big wave of products and services. Effective July 1, Don Mattrick, who leads our interactive entertainment business, and Andy Lees, who leads our mobile communications business, will report directly to me. Don and Andy have built out strong leadership teams and product pipelines, and are well-positioned for the years ahead. Independent of Robbie’s decision, J Allard (currently serving as senior vice president of Design and
Development for E&D), will also be leaving Microsoft. Given his ongoing passion and commitment to Microsoft, he will remain as an advisor to me, helping incubation efforts, looking at design and UI, and providing a cross-company perspective on these and similar topics. With J’s change in role, corporate vice president David Treadwell will join IEB to lead the core technology organization, reporting to Don. David has a great set of accomplishments at Microsoft, most recently working on the Windows Live Platform Services team. Over the next several months, Robbie and I will work together to finalize reporting and structure for the rest of his org.

Transitions are always hard. Robbie has been an instrumental part of so many key moments in Microsoft history – from the evolution of Office to the decision to create the first Xbox to pushing the company hard in entertainment overall. J as well has had a great impact in the market and on our culture, providing leadership in design, and in creating a passionate and involved Xbox community, and earlier being at the center of our work seizing the importance of the Web for the company. But most important, both have been great team builders with a strong record of attracting, coaching and growing talent. As a result, their teams are primed to continue to step up and deliver great products, great services and great results for the company. Don has led the Interactive Entertainment Business since July 2007, where he’s significantly grown our entertainment footprint as well as our profitability. He can count as successes the evolution of Xbox Live, the launch of blockbusters like “Halo 3” and the much-anticipated “Project Natal.” Previously, Don was president of Electronic Arts Worldwide Studios. Andy has led the Mobile Communications Business since February, 2008, and has been instrumental in reinvigorating our mobility efforts, bringing in new business and development talent and
overseeing the creation of both KIN and Windows Phone 7.

As we finalize and ship so many of our key products (“Project Natal,”Windows Phone 7, Office 2010, Windows Live Wave 4 and others) it is a natural time for us to look ahead and make sure we have the right talent in the right roles to fuel our next set of offerings. I am confident that the changes above will set us up well for the months and years ahead.

I want to close by thanking Robbie for the incalculable contributions he has made to Microsoft over the years. He will be greatly missed when he retires this fall, and I am glad that I’ll have the opportunity to continue working closely with him between now and then. And as J makes a similar transition, I look forward to working with him in a new way.