Getting to your Game Pass content should no longer be a pain.

Microsoft is seriously pushing the Xbox Game Pass. The on demand subscription service, which lets you download any game in its catalog, and play it for the duration of your subscription, has become more and more prominent as a part of Xbox’s overall push and identity since its launch last year, with Microsoft enlisting more and more high profile games for there, and also putting all their first party games on it day and date.

Now, given how integral it is to the Xbox experience, in Microsoft’s eyes, and presumably to get non-subscribers to bite at it, Microsoft has announced that Game Pass will get its own tab on the Xbox dashboard- right next to the Store tab, in fact. This is a change Microsoft had already instituted on the Insider’s Program, and apparently, the response to it was overwhelmingly positive.

If nothing else, I think I will appreciate being able to access Game Pass and Game Pass content quicker like this. Right now it’s a pain in the butt navigating to the store and trying to fiddle with its awful layout to try and find. 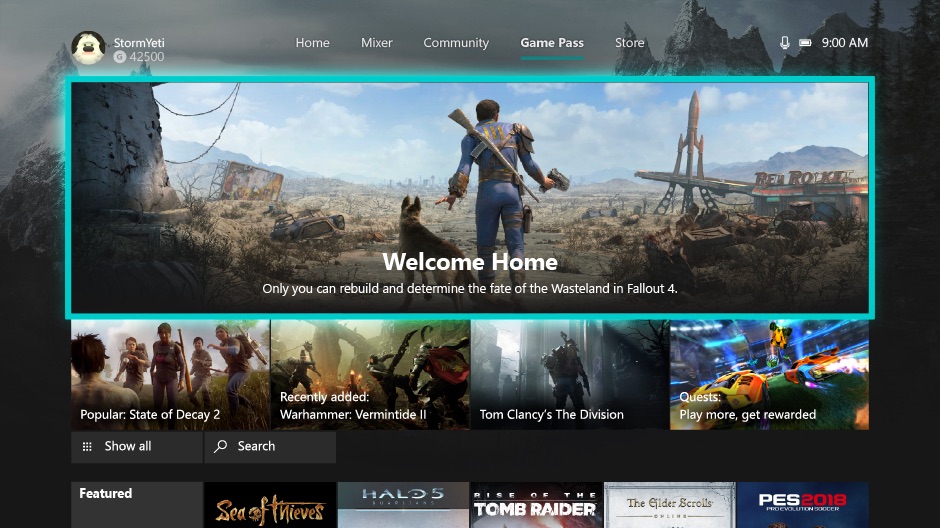