Xbox Games With Gold For August Have Been Revealed

From portals to shooters on Mars, a new month of free games arrives.

It’s hard to believe, but July of 2020 is almost in the books. Where in the world does that time go? But one good thing about the passage of time is that it means all those gaming subscription services you have are rolling over for some new games to try out. And now we know what that’ll be for Xbox’s Games with Gold for August.

The headline for the month is probably the 3D action sandbox game, Portal Knights for Xbox One. It will be available for the entire month. From the 1st to the 15th, you can redeem the original Xbox release of the off road classic  MX Unleashed. From the 16th to the 31st, you can get Override: Mech City Brawl, an action game where you take control of 1 of 12 different mechs in either single or multiplayer modes. In that same time period, you can also net the original Xbox release of Red Faction 2, the first person shooter where you battle tyranny on Mars. No Xbox 360 titles for the month.

You can start claiming these games starting August 1st. All titles will be playable on all Xbox One models, and both Xbox entries will also be playable on Xbox 360. 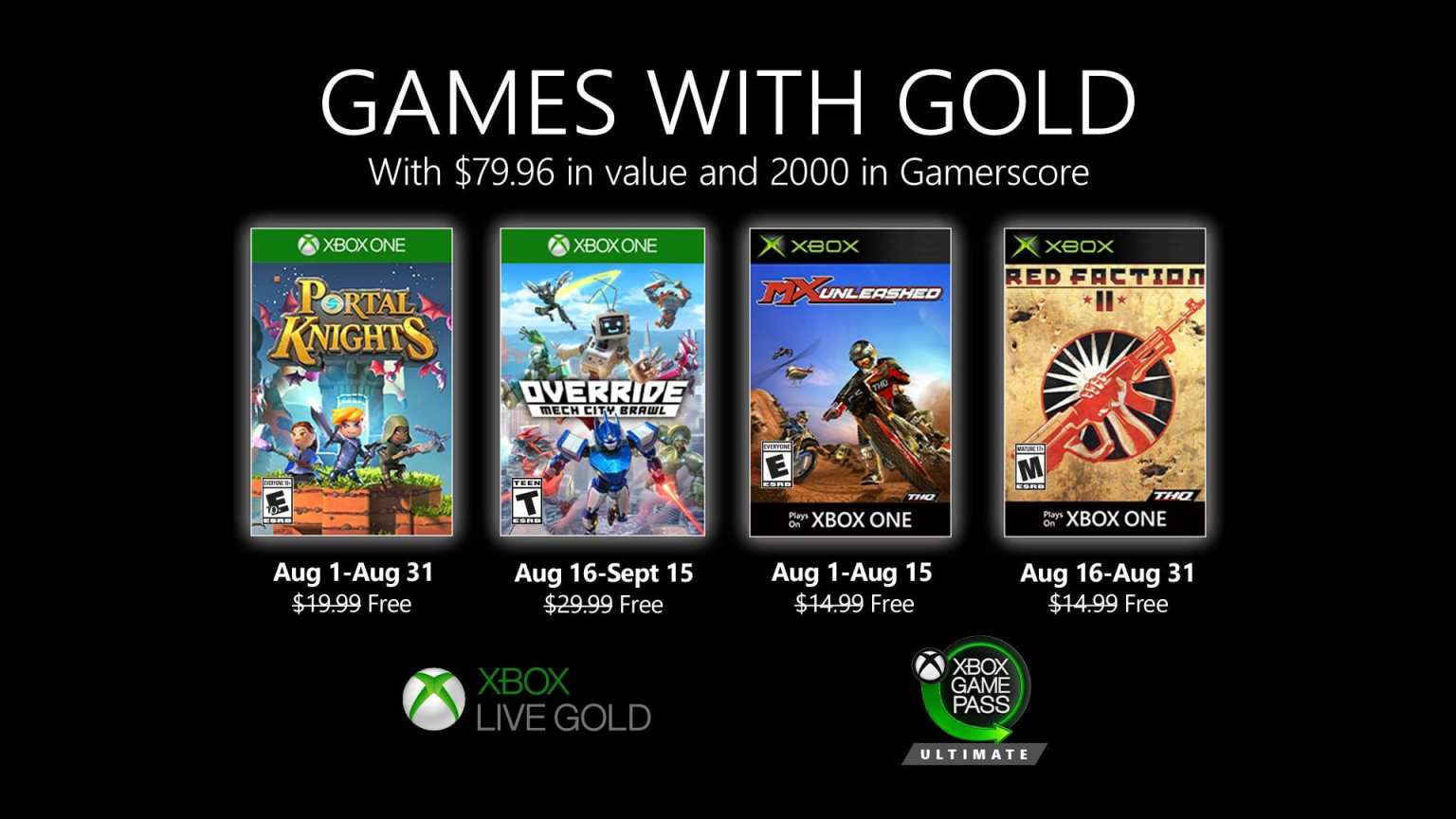