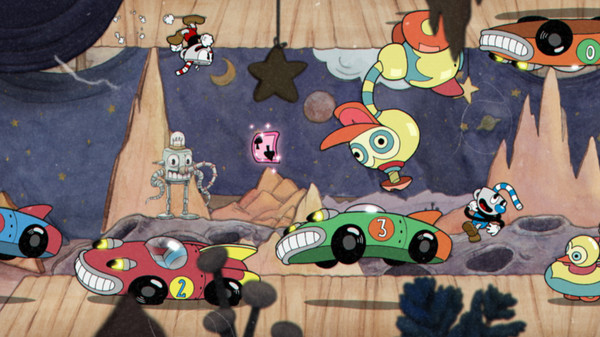 Cuphead is finally out, after a very long development cycle, and it has managed to live up to all the hype and expectations that surrounded it. It has also managed to earn for itself the reputation of being an incredibly difficult and exacting game. Difficult enough that many, including actual professionals in the gaming industry and media, have had trouble with the game.

Xbox boss Phil Spencer admitted to Gamespot that he, too, has not finished the game yet- though he stated that he has a very good excuse for that, too. “I think I finished all of the bosses at one point before it launched. But no. I’ve been traveling for four weeks in a row so I haven’t had much chance to play,” Spencer said. “It is [an excuse].”

Spencer also talked about the game’s sales, remarking on how well it has been selling, and taking note of the high critical reception it has got. “I am so happy for the studio; they worked a long time on the game. And to have the success they’re having–it’s selling very well,” he said. “The reaction has been great. It’s just fantastic when those kind of things come together.”

It really is great to see that such a fantastic title, made essentially by two brothers working on it themselves, and a game that clearly has so much heart, is doing so well. Hopefully, its success continues for a long time to come- it is definitely a game that is bound to have a long tail thanks to the fantastic word of mouth surrounding it.