Xbox is Testing a New Interface for its Home Screen 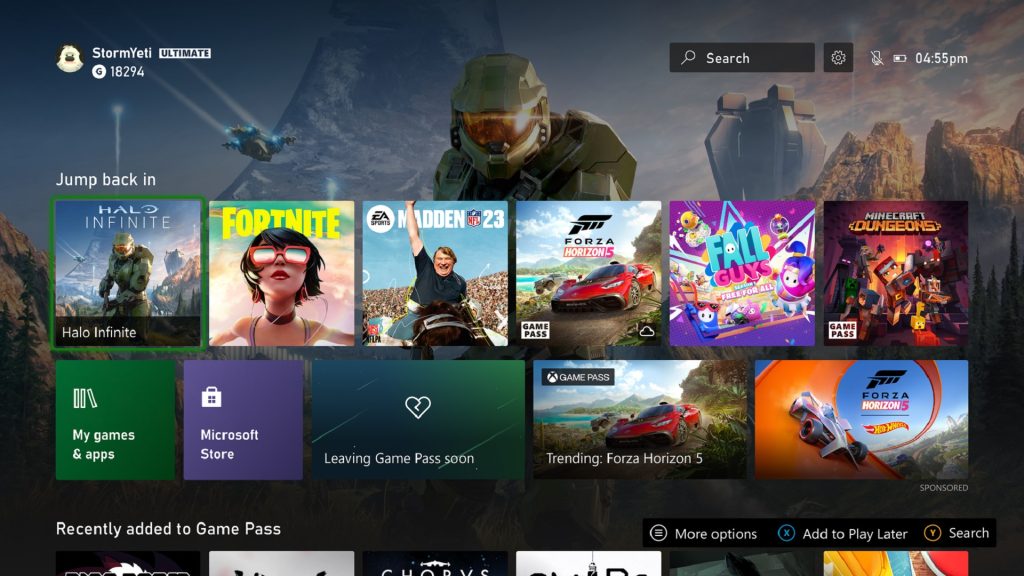 Xbox is set to get a refresh to its interface. A random set of Xbox Insiders in the Alpha Skip-Ahead ring have been picked to help test out the new interface.

According to Xbox experiences senior product manager lead Ivy Krislov, this is part of a multi-month series of experiment where Xbox will refine its new UI, which is set to release some time next year.

The new interface has a number of new features, such as a new “Jump back in” row that lets players access their most recently opened apps and games. System features such as Store, Search and Settings will have their own dedicated tiles on Xbox Home.

The new interface has a focus on providing a personal home screen for Xbox players, and as part of that, players will be able to see curated categories and recommendations according to their gaming preferences when the scroll down the Xbox home screen.

The company is also exploring options for new channels for games and collections.