What an amazing month. 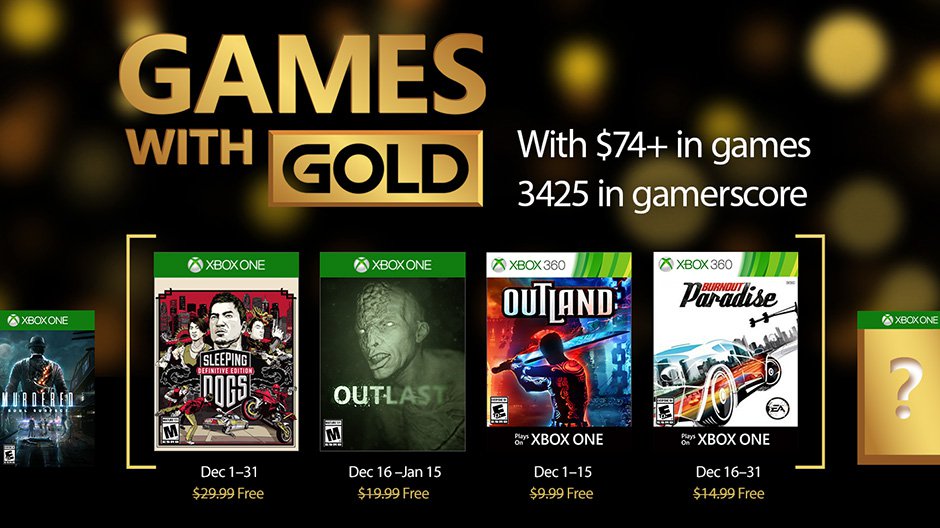 Microsoft will be making some truly excellent games available to Xbox Live Gold subscribers in December- they have announced the Games with Gold lineup for this month, and this may be their strongest foot forward yet. I cannot see Sony beating this lineup.

Xbox One owners get to play Outlast as well as Sleeping Dogs Definitive Edition, both great titles; Xbox 360 owners get to play Outland and the ever excellent Burnout Paradise (the last instalment in the excellent arcade racing franchise before EA gutted it), both of which will also play on the Xbox One. I cannot speak much for Outland, but between Outlast, Sleeping Dogs, and Burnout Paradise, this may be one of the best months ever across PS Plus and Xbox Live.

All Xbox owners should definitely look into getting these games, especially because if there is a lot of interest in Sleeping Dogs and Burnout, we might even see sequels for them! … At least, that’s what I like to tell myself, anyway. I am a creature of hope.