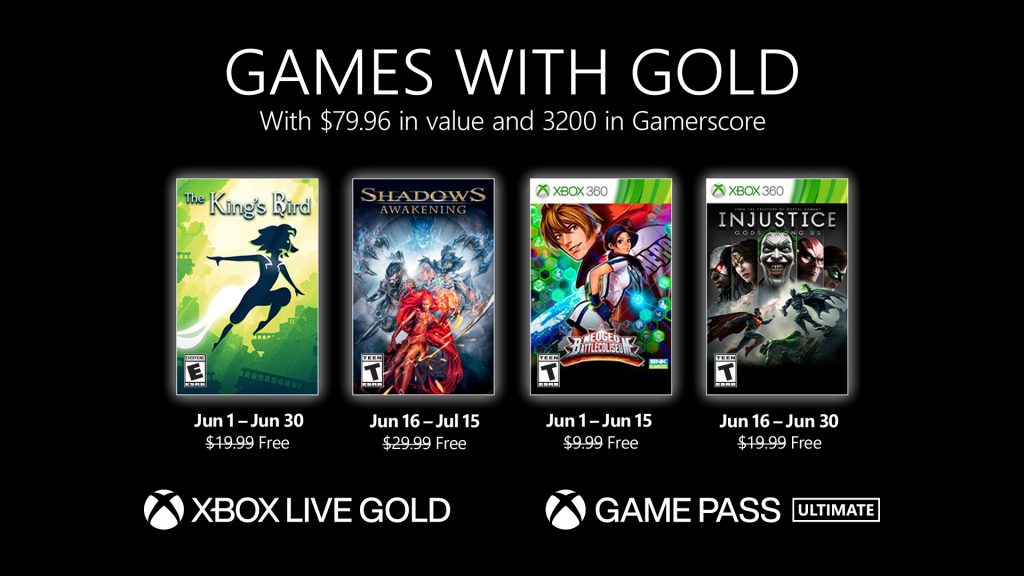 Another month, another round of Xbox Live Games With Gold from the folks at Xbox. This month looks pretty good, with four games up for grab over the course of June. Two of the games will be Xbox One and Xbox Series X|S titles, while another two will run via backwards compatibility. The Xbox One and Xbox Series X|S titles are The King’s Bird and Shadows Awakening, while the backwards compatibility titles are NeoGeo Battle Colosseum and Injustice: Gods Among Us.

The King’s Bird is “a seamless platform adventure with physics-based movement” with gorgeous art that will have players escaping into a secret world ruled by a tyrant. In Shadows Awakening, players step into the role of a demon “summoned from the Shadow Realm to consume the souls of long dead heroes.”

Neo Geo Battle Colosseum and Injustice: Gods Among Us are both 2D fighters. The former is from storied fighting game studio SNK and combines characters from several of their IPs, including King of Fighters, Samurai Showdown, and Fatal Fury. Injustice was developed by NetherRealm, the studio behind Mortal Kombat, and pits DC’s greatest heroes against one another in an original storyline.

You can watch a trailer for this month’s Games with Gold below: