Vigor’s Project Lead Petr Kolář answered some of our questions about this upcoming survival game.

Bohemia Interactive are the developers best known for their work on the ARMA series and the survival game DayZ. Their new game Vigor is also a survival game but it will be different from what we’ve seen from them so far, with instance-based action, a base building  feature, and best of all, the game will be free-to-play

To learn more about the game its development, Gamingbolt reached out to the Studio with some questions and Project Lead Petr Kolář provided the following answers. 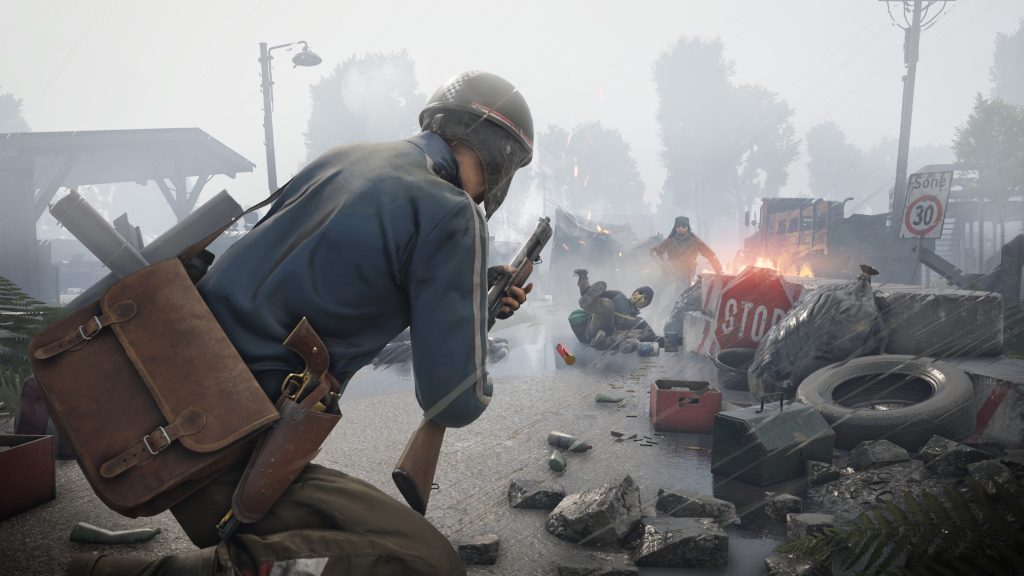 "The core of Vigor is rebuilding your shelter, creating something new in the post-war world. To do so, you need to go to encounters to gather various resources necessary for shelter improvements"

Having worked on the survival genre for a while, what have been your biggest takeaways that have helped when making Vigor?

While it may seem that DayZ and Vigor are similar in many ways, the opposite is actually true. DayZ provides a persistent experience, while Vigor is more match-based with persistent progression. Most of the takeaways were actually on the project management level – we decided for a finished engine rather than working on both the engine and game at once.

Since the game will feature combat between 8-16 players, it looks like the action will take place in instances. Can you shed some light on how exactly this will work?

The core of Vigor is rebuilding your shelter, creating something new in the post-war world. To do so, you need to go to encounters to gather various resources necessary for shelter improvements. And this is where other players come in – said encounters are in instances for 8-16 players and everyone sets their own goal. Some may be just going in for the loot, some to explore the area, others may want weapons. And there may be players who try to take the mysterious airdrop. It contains a precious reward but attracts other players too. Once you’re back to your safe haven, you may improve and upgrade the shelter with the newly scavenged loot.

The setting of the game is certainly intriguing. How exactly will the setting affect gameplay and what made you go with this particular alternative history?

There are many factors. One of them is the topic of rebuilding in the post-war world. The other is the technology level – relatively short-range engagements are intensive and fun to play, while modern-era weaponry is too advanced for that. Last, but not least, as Czechoslovakia was part of the Warsaw Pact, it’s interesting for us to see some alternative history in the Cold War.

What can you tell us about the base building feature in the game?

Rebuilding the shelter is a centerpiece of player progression in Vigor. I won’t spoil much, but you start with a ruin and it’s up to you how far it’s going to get upgraded. You need to build some improvements to get crafting materials, resources for improvements and various utility items. Based on these improvements, you may upgrade your shelter with reconstructions like a makeshift roof, fireplace and many other things further down the line.

With DayZ still in the works, what made you decide to start working on a new project?

The Arma 3 team finished working on the Apex Expansion and parts of the team gathered to start work on Vigor. While it may sound good to move people to DayZ development, these people were of a different expertise and won’t help DayZ much, if at all. So we decided to start something new with Project Argo, and later with Vigor. It actually helps us in the long run to develop our own engine as people working on Unreal Engine for Vigor can transfer their knowledge of a different modern game engine to Enfusion. 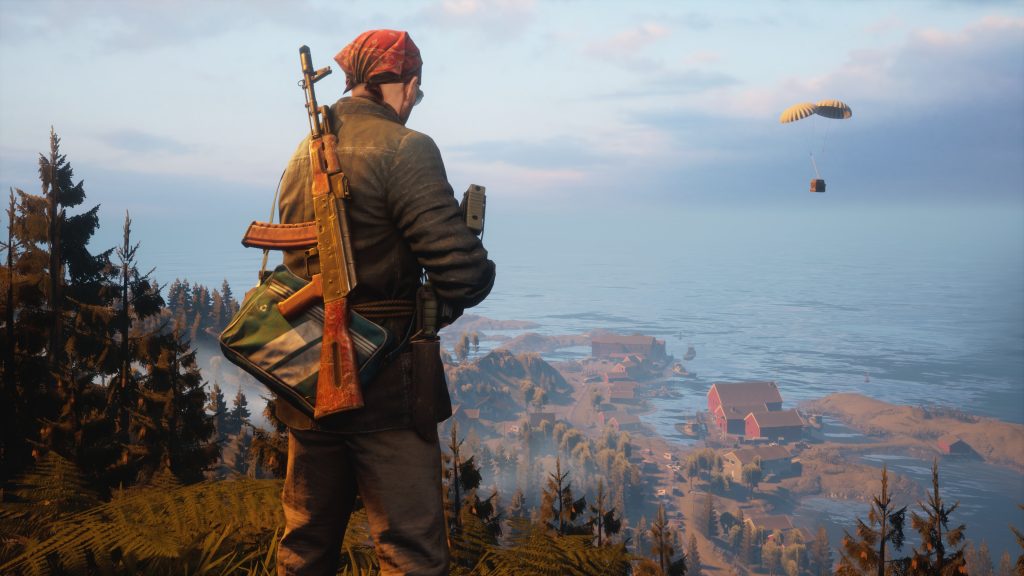 "Quick reflexes are not helpful while you are caught traversing the plains in the open. You need to choose your goals well, decide when to return to the shelter and when is the right time to risk everything"

How will the crafting work in the game?

The general idea is simple – once you know how to craft your weapons and items, you need just a handful of materials and time to do so. Still, to learn that, you need to deconstruct weapons into parts to get enough experience. Each weapon consists of several parts according to the complexity of the weapon, and you need to get all the parts to master the blueprint.

What are some of the different kinds of weapons players will be able to make use of in the game?

Weapon range varies a lot – starting with bare hands and knives, to sidearms and SMGs, up to assault rifles, marksmen weapons, shotguns and light machineguns. To spice things up a bit, there are even grenades, indeed.

From what we’ve seen in the trailer, it looks like tactical play will be rewarded. What are the main skills this game will require to master?

Making decisions and taking the consequences. Quick reflexes are not helpful while you are caught traversing the plains in the open. You need to choose your goals well, decide when to return to the shelter and when is the right time to risk everything. A bit of patience always helps to see what’s happening around the objectives.

You have stated that the game will transition to a free-to-play model sometime after its release. What inspired you to use such a model for this game?

The game is free-to-play by nature, instead we opted for limitation by means of a Founder’s Pack for access to the Game Preview. Once the game is ready for release, it’s going to be free-to-play. As Vigor is focused around the multiplayer experience in encounters and Bohemia is well known for supporting and updating our games long after release, the free-to-play model seems to fit that the most.

Initially, we aimed for a first-person experience that provides deeper immersion into the post-war world. We decided later that third-person actually suits the console experience better and as Vigor is less about competitive nature, it doesn’t hinder the fairness of the game. This switch actually proved to be more difficult than expected even with all the experience we have from previous titles. 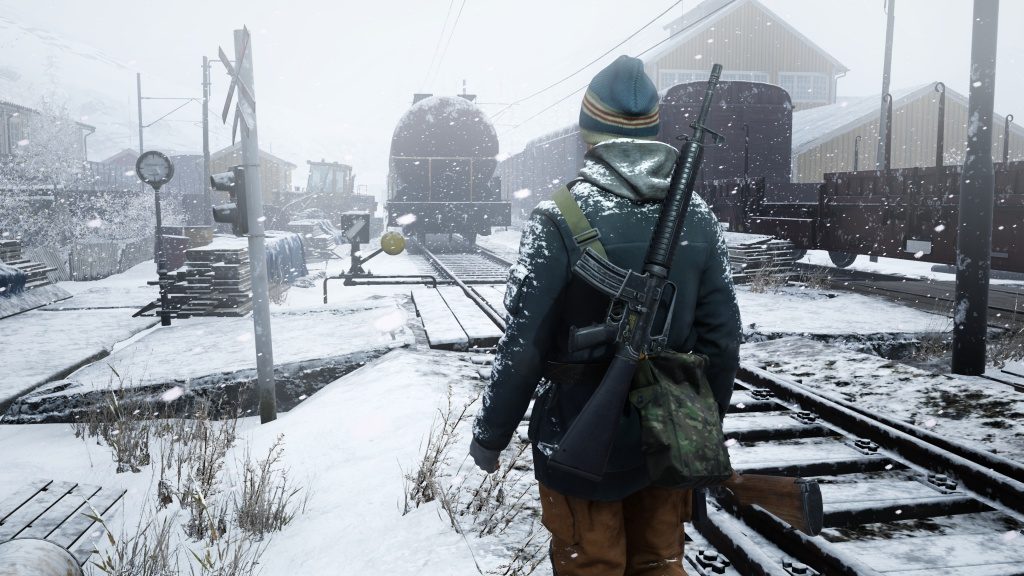 Vigor is exclusive to Xbox One. What is the reason behind the same and how did this deal come about with Microsoft?

As Vigor is the first game developed for consoles after a long time, we decided to stick to one platform at a time. And Bohemia is well known for our close cooperation with the community during development of our games, which led us to Game Preview on Xbox.

So, is this a timed exclusive?

I’m sorry, but I cannot provide any more details on that.

Bohemia is largely known to make PC exclusive games like Arma 3 and I am sure they must be looking towards Vigor as well. Do you have anything to say to them?

Arma 3 has plenty to show in the future. We’ve just announced a new roadmap for Arma 3, DayZ is shaping up well for release this year and Ylands is growing strong on PC. We’re exploring unknown waters with Vigor this time, expanding into the unknown.

Was there any point where you considered bringing the game to the PS4?

I’m sorry, but I cannot provide any more details on that.

Working as an exclusive title on Xbox One will also allow you to further enhance the Xbox One X version. How do you plan to fully utilize the power of the Xbox One X?

I must say that despite knowing the power of the Xbox One X, we were positively surprised by what it can bring to our game. We’re investigating the obvious options like 4k, HDR, spatial audio and such, while thinking about other possibilities as well.

Is 4k/60fps on the cards for the Xbox One X version?

Currently, it’s not. We may possibly get to the point during the optimization process, but our main focus is on the original Xbox One. We’re not able to get to 60fps yet, having the advantage of a better framerate seems a bit unfair to us in a multiplayer environment. On the other hand, 4k resolution runs butter smooth on Xbox One X and we’re retaining that.

Thanks a lot for the great interview! We’re just about to release the game to Closed Preview, with proper Game Preview following just after that. The game is far from finished now, we’re expecting to get a lot of valuable feedback on our basic game loop. We want to tailor the experience with our players to deliver a game both we and they would like to play. Feel free to give it a go with the extended two-hours Trial in Game Preview, or just wait for the free-to-play release in February 2019. See you in your shelter.