Including some new colors that look absolutely great.

Call of Duty may have gone to Sony, but Microsoft get to market and co-brand with Battlefield– and ahead of the release of the extremely promising seeming Battlefield 1, it seems like they’re going to be leveraging that fully with the release of three new Battlefield 1 bundles, all including an Xbox One S console and a copy of the game, some of them including some sexy new colors for the already good looking console.

There will be a standard 500GB white Xbox One S bundled with a copy of the game, retailing for $299; there will be a Walmart and Microsoft Store Storm Grey 500 GB Xbox One bundle, which features a fine looking color for the console, and which will only be available in the US, for $299; finally, a Military Green 1TB Xbox One S will come with Battlefield 1 Early Enlister Deluxe edition (including some DLC), and will be available for $349.

You can check out each of these bundles in the gallery below. Battlefield 1 is going to release this October for the PS4, Xbox One, and PC. 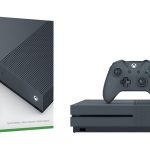 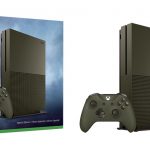 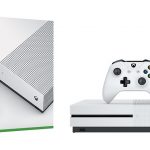