Pretty good deal, I have to say. 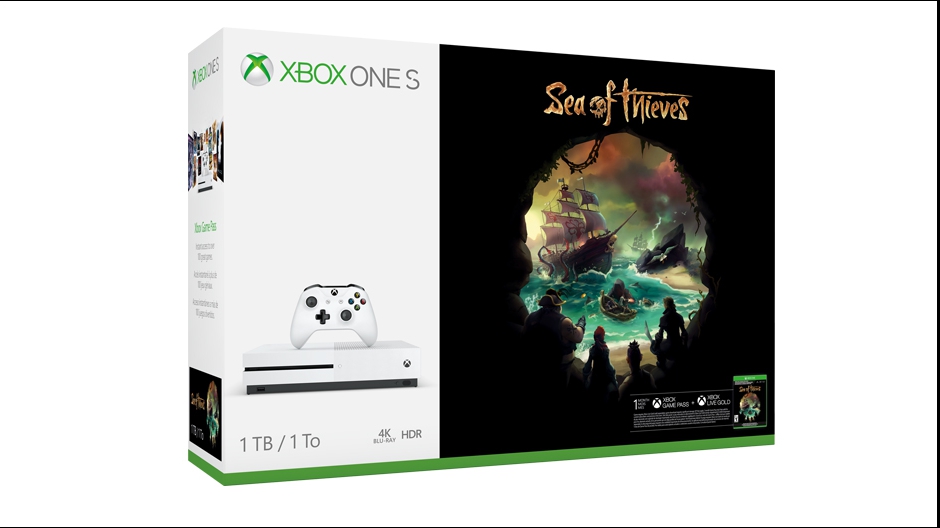 The biggest upcoming exclusive game release for the Xbox One- arguably the biggest Xbox One exclusive release in a very long time, period- is Sea of Thieves, the pirate themed shared world adventure game from Rare. Sea of Thieves looks incredible, and early interest and buzz in the game has been so positive, this may be the killer app Xbox needs this year.

Microsoft presumably understands the potential importance of this game too, because they’re going to be putting out an Xbox One S bundle with the game- it’ll cost $300, and it will come with a 1TB console, a copy of the game, a month of Xbox Live Gold, and a month of Xbox Game Pass- which, to be honest, for just $300, is a fantastic deal.

The bundle will be available on March 20, which is the same day that the game itself will be made available; the game will launch on Xbox One and Windows 10 PCs.