These are the controllers you are looking for. 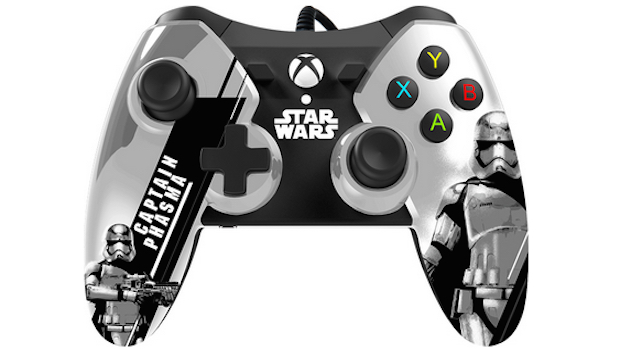 PlayStation may have exclusive marketing, co-branding, and bundle rights for the upcoming Star Wars: Battlefront, but Microsoft can still ensure their system is associated with Star Wars in a different way- by having several Star Wars movie themed products launch for the Xbox One.

For instance, there are these controllers, which have their decor inspired by the upcoming Star Wars: The Force Awakens, the seventh Star Wars movie (and the first one in over a decade), which is set to launch this December. The controllers, which you can see above, look great, and should instantly appeal to Star Wars fans.

These controllers are wired, and are being manufactured by PowerA, though they have been officially licensed by Microsoft. The controller also comes with dual rumble motors, in addition to its Impulse Triggers.

The controllers will release on the 11th of September in North America with the Captain Phasma version exclusive to GameStop retailers.

Tagged With: star wars, Xbox One, Xbox One Controller