All three games, plus an Xbox One X, plus Game Pass and Xbox Live Gold.

Microsoft holds the exclusive marketing rights for the upcoming Metro: Exodus, and apparently, they’ll be leveraging them to the fullest, because they have announced a brand new Xbox One X bundle to go along with the release. The Metro saga Xbox One X bundle leverages Xbox One’s strengths by including not just the best console version of the game, but also Metro 2033 Redux and Metro Last Light Redux—meaning the whole saga (as the name suggests) is accessible to buyers of the bundle in one place.

The bundle will come with 1TB of storage space, one controller, a month’s subscription to Game Pass, and a month’s subscription to Xbox Live Gold, in addition to the console and games. It will cost $499, and can be bought now on the Microsoft Store, as well as at participating retailers (though you will only get it on February 15, which is when the game itself is due to release).

If you are excited for Metro, make sure to check out the newest, thrilling trailer for the game, which sets up the stakes of the game’s story and its world. 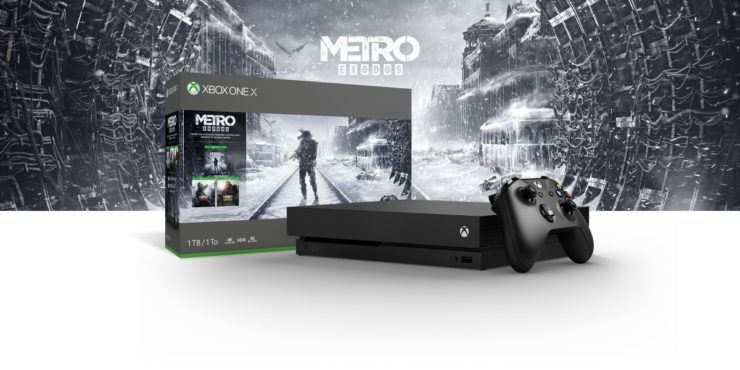