Xbox Series S – How Much Would It Cost To Build A PC As Powerful As Microsoft’s Console?

Our latest feature outlines how much would it cost to build a PC that performs on par with Microsoft's budget king, the Xbox Series S.

Microsoft has come swinging out the gates this generation, with not one but two completely different versions of its consoles – the Xbox Series X, which is the definitive next-gen experience aimed at directly competing with Sony’s machine. The Xbox Series S – on the other hand – is a $300 budget offering aimed at customers on well, a tight budget.

While the Series S isn’t all that impressive on its own, Microsoft’s foray into subscription services has sent shockwaves across the industry at large and increases the value of the Series S by tenfolds. Regardless of how you personally feel about subscription services or ownership rights, there’s little to no argument that Xbox Game Pass is a great boon to budget gamers.

A $15 per month subscription nets you access to more games that you possibly play, along with access to all of Xbox’s first-party and select third-party content at launch. With the inclusion of EA Play into the service, all of your Battlefields and FIFAs are also available on the service; and Microsoft’s dedication towards expanding Game Pass even further means it’s only uphill from here.

Xbox Series S’s insistence on providing next-gen gaming at a budget has drawn many comparisons to PC gaming. Of course, each platform has its own advantages and disadvantages, but it’s rather intriguing to try to build a system that could match or even outmatch Microsoft’s budget king in next-gen games – and see what’s the price tag that comes for it. 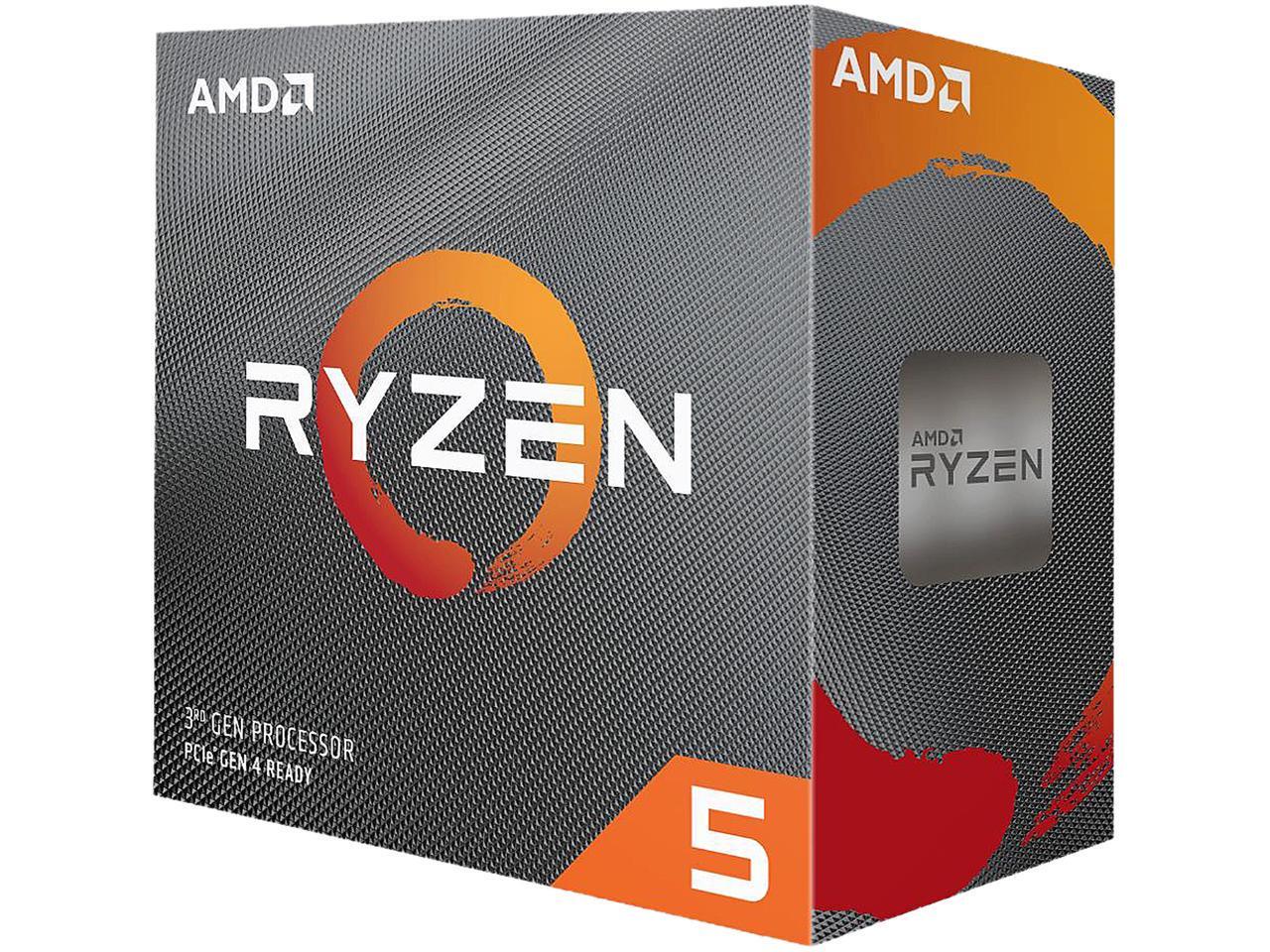 The Xbox Series S uses a custom Zen 2 chip, which is almost identical to its bigger brother the Series X. Both consoles have 8 cores and 16 threads, but Series S runs a bit slower at 3.6 GHz as compared to the Series X which runs at 3.8 GHz. Considering that the Xbox Series S is a whole $200 cheaper than the Series X, it’s quite interesting to see both consoles sharing the same chip.

For our system of choice, we went with the Ryzen 5 3600. This Zen 2 beast comes with a total of 6 cores and 12 threads and has the same operating frequency of 3.6 GHz. The CPU is a tad bit underpowered when it comes to raw component performance since it is a total of 4 cores short of the Series S.

One could always spring up for the Ryzen 7 3700X to achieve an identical core count, but as is the case with the Series S – it would most likely be bottlenecked by the GPU, not allowing it to reach its fullest potential. Building a PC has this obvious advantage of choice, and thus it stands to reason to save as much as possible without skimping out on power. 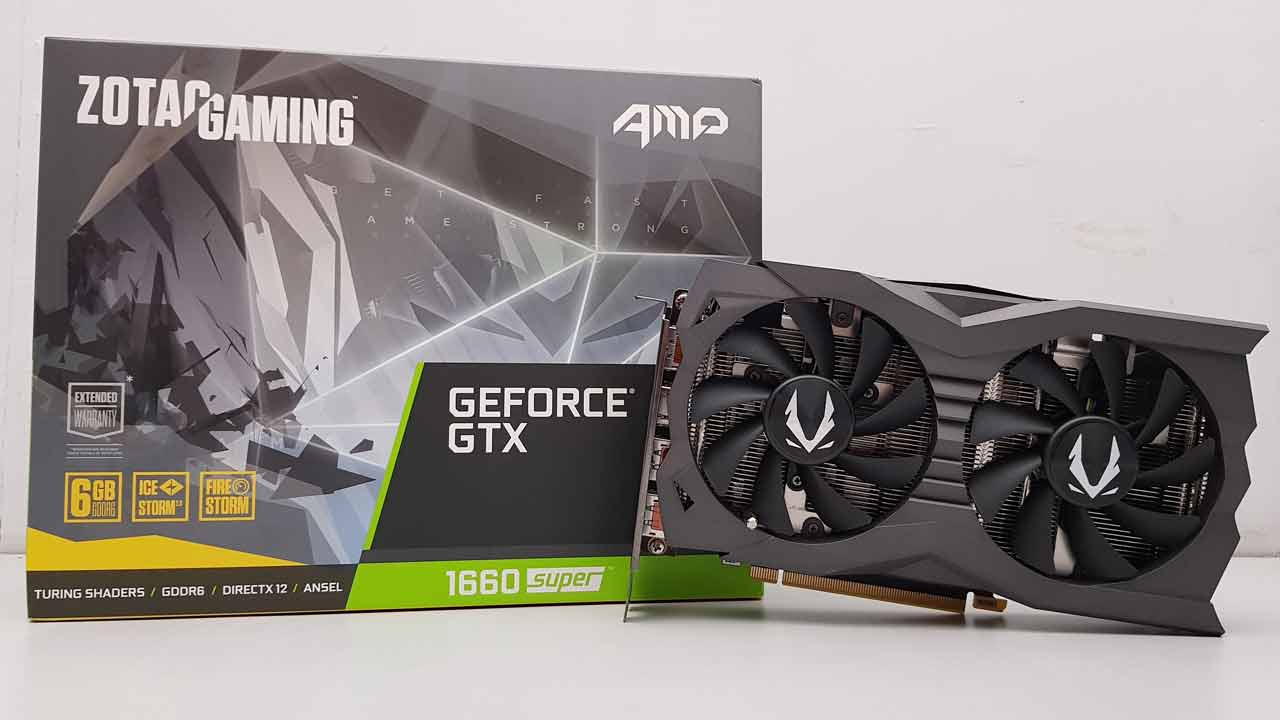 While the Series S has a triumphant CPU for its price, cracks start to show in the GPU department. The Series S features a custom RDNA 2 based GPU, which has a total of 20 CUs running at a 1.565 GHz to achieve a raw grunt of 4 TFLOPs of power. On paper, it is quite a bit slower than Microsoft’s own Xbox One X but a number of factors – better memory, newer generation, and ray-tracing features narrow the gap by quite a bit. Not to suggest it’s flawless though, as many games are already struggling to achieve the 1440p/60fps performance target that Microsoft states in the console’s official spec sheet.

We went with a GTX 1660 Super for our build, which features a total of 1408 CUDA cores running at a base clock of 1785 MHz. This Turing card comes with a total of 6 GB of GDDR6 memory to its name, which puts this metric in a close spot to the Series S. While GTX 1660 Super doesn’t feature RT cores, it can do ray-tracing – with a significant performance hit, of course.

This particular sentiment translates well to the Series S as well, as not a lot of games feature ray-tracing options for the console. It also justifies our choice of the marginally weaker CPU, as this configuration is a pretty balanced one, allowing each component to reach its full potential. Nvidia GTX 1660 Super has an MSRP of $229 – but finding one at the price is quite tough for a number of reasons. 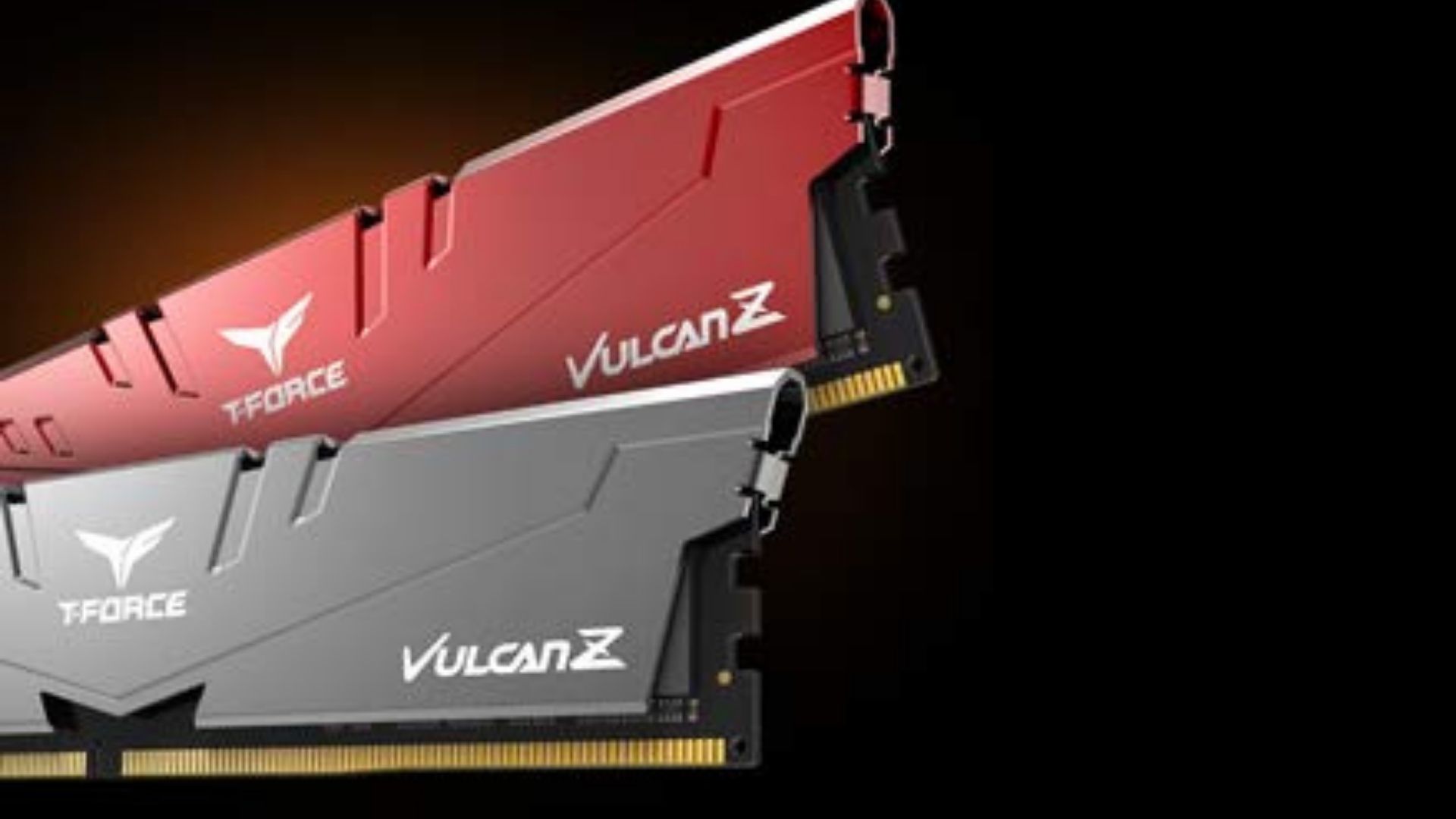 The Xbox Series S features a total of 10 GB of GDDR6 memory, 8 of which have 224 GB/s of bandwidth, and the rest 2 have 56 GB/s. The memory pool is central, of course, and developers can allot CPU and GPU their own shares of memory depending on the game and scene.

In the spirit of keeping our system a bit future-proof, we went with a 16 GB TEAMGROUP T-Force Vulcan Z memory kit, which features a total of 2×8 sticks running a 3200 MHz. While it’s currently possible to make do with 8 GB of RAM alone, many next-gen games might run into memory limitations which is why it’s best to go with a 16 GB kit. It retails at around $70 on Amazon and seems to be readily available. 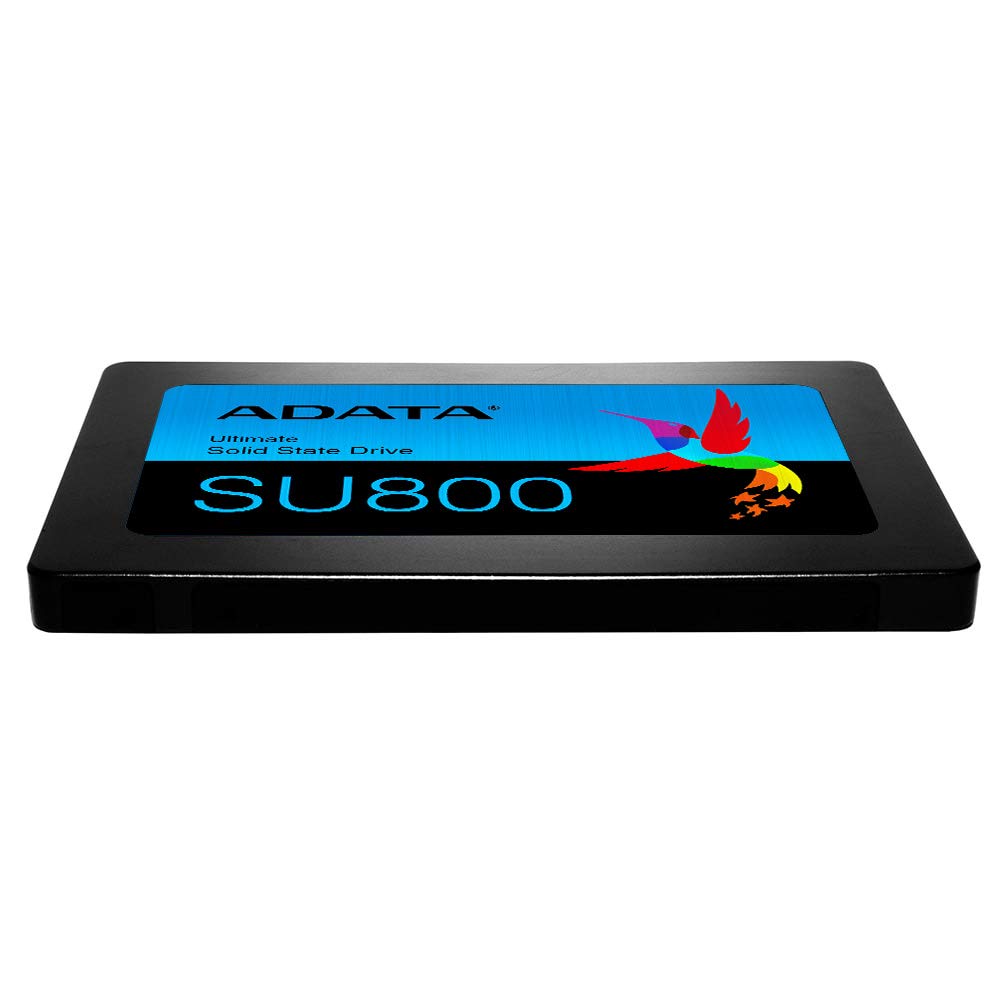 The Xbox Series S comes with a 512 GB SSD, operating on a PCI-e 4.0 interface. While the storage capacity leaves a lot to be desired as next-gen games can reach file sizes of over 100 GB, it’s still pretty fast.

For our proposed build, you are free to choose any PCI-e 3.0 SSD, since the motherboard that we would be using for this build won’t be compatible with a PCI-e 4.0 SSD. The ADATA SU800 seems to be a fine choice and comes in a number of variants with storage sizes ranging up to 2 TB. The 512GB model retails for around $70 on Amazon, and is an easy pick. 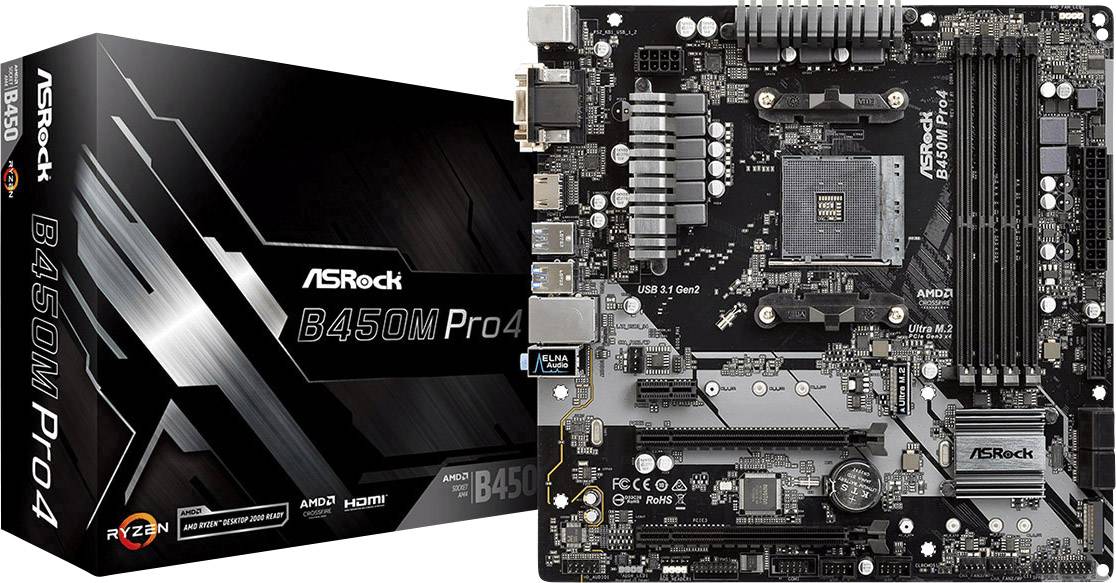 Housing these components would be the ASRock B450M Pro4, a great choice for our processor. It supports Zen 2 out of the box, ridding us of any problems associated with flashing a new BIOS with an older CPU. It has 4 RAM slots, giving plenty of room for future upgrades, and has all of the basic IO amenities one could want – at this price, of course. Those who want a fancier motherboard can obviously spring up more for a B550 or X570 motherboard instead. The ASRock B450M Pro4 retails for around $70. 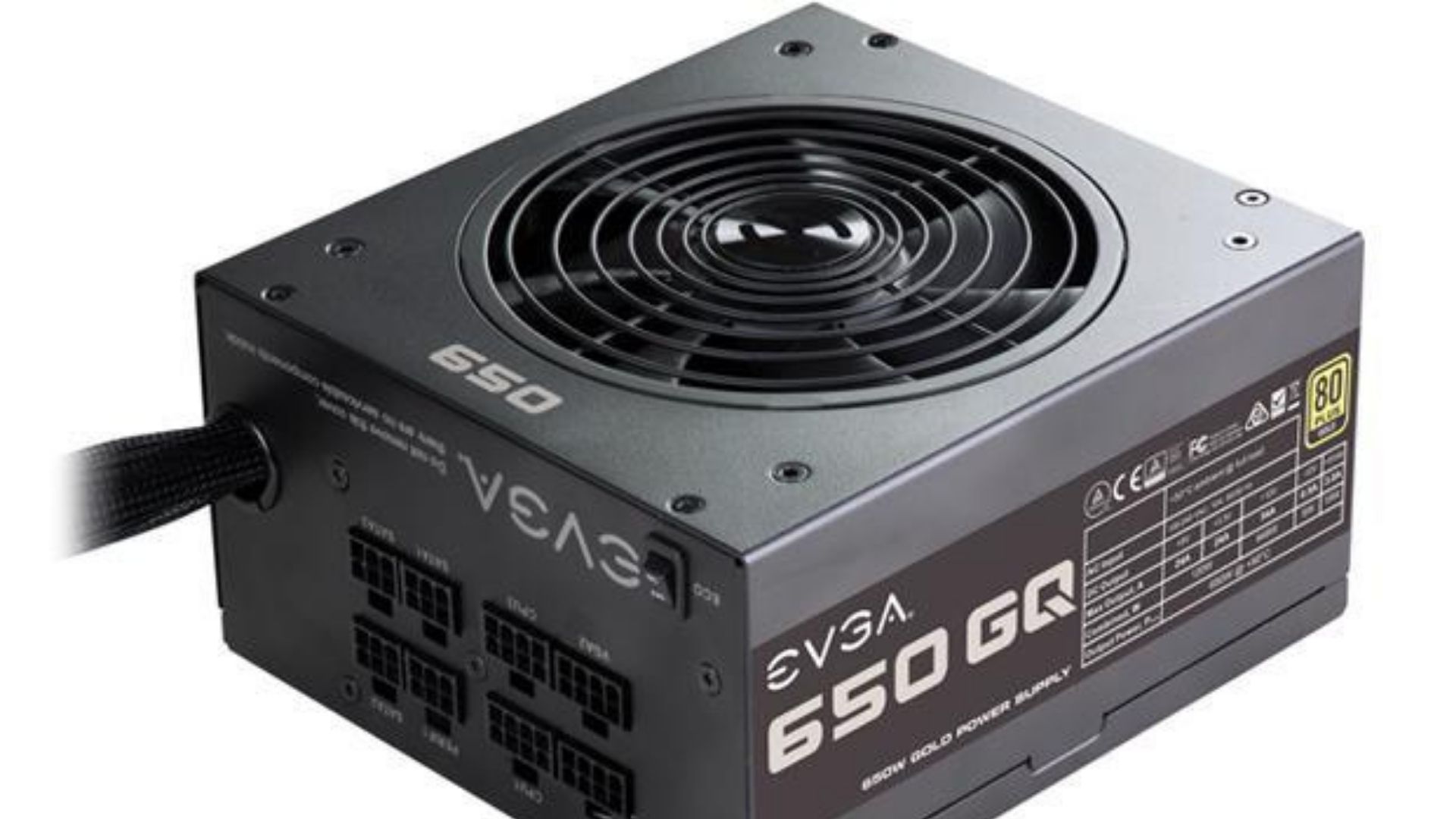 For our build of choice, the EVGA 650 semi-modular seems to be a great fit. It’s 80+ Gold certified from a reputable brand and should provide plenty of juice to keep our components running at max speeds. Like before, there are always other options – but don’t cheap out on power supply from shady brands for a few bucks. It retails for around $70 on Amazon. 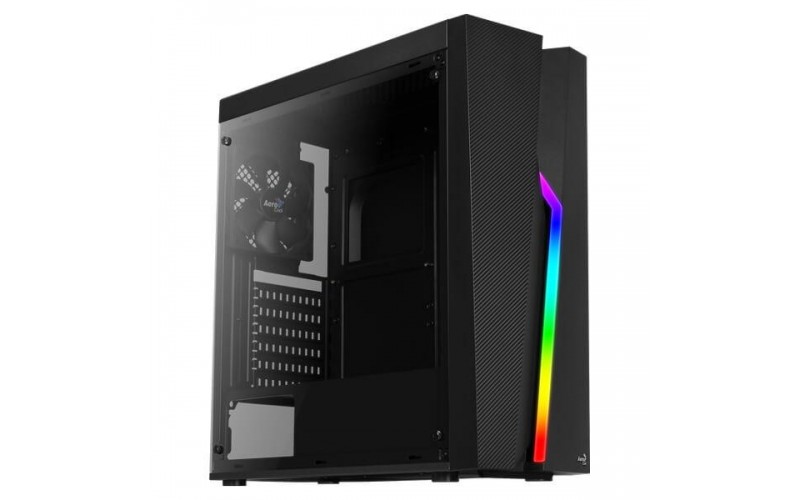 For the cabinet, we went with the AeroCool Cyclon RGB Mid Tower for a single reason – the price. It retails at around $50 and is a fine enough pick for the price with some RGB highlights and a tempered glass panel. Not to suggest it’s great, since it is most definitely cheap and there are a number of great options at a slightly higher price range.

Our proposed PC build comes at around $750, which is more than twice of what the Xbox Series S costs. This goes without saying – peripherals and operating systems can increase the price to a higher number, but the PC isn’t without its advantages. While the Series S already struggles with low resolution in some games and relatively lower framerates in others, flexibility in a PC allows striving for a balance between both of these variables, all at the user’s discretion.