Intel is one of three currencies but it's arguably the most invaluable - here's how to get it. 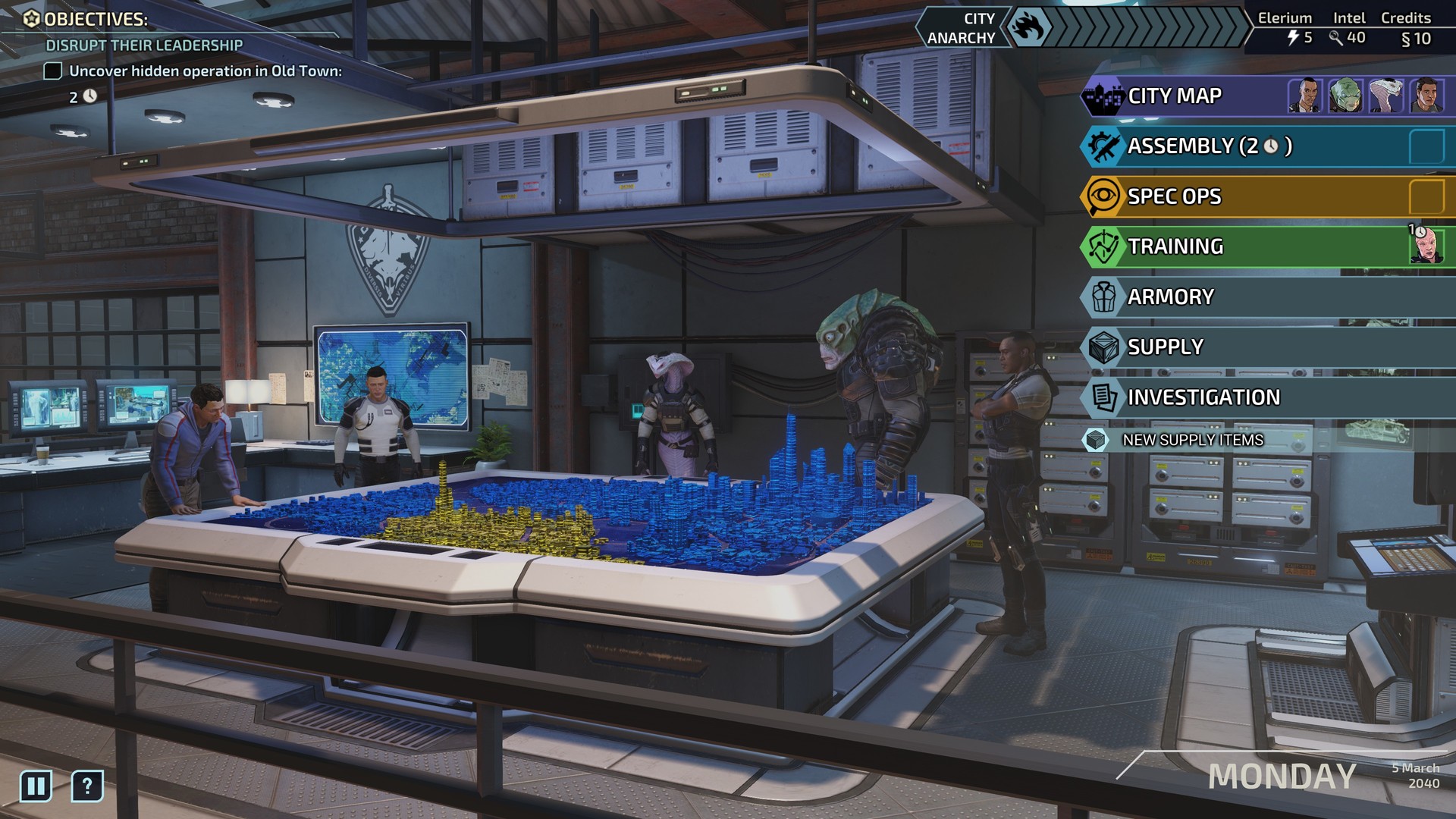 XCOM: Chimera Squad is about maintaining order and ensuring that Unrest doesn’t overtake a district (or two). While you can’t be everywhere at once, it’s possible to keep things calm using Intel. How do you get Intel though?

Aside from arresting suspects during missions (which provide a chance for Intel), it’s earned through a variety of means. Sending team members on Spec Ops missions for Intel ensures a steady supply and can be done early on. As upgrades are unlocked, the payout from these Spec Ops missions will increase.

The other method is to establish Security Field Teams in each district. This will cost Intel but you can also earn plenty each week after upgrading said teams. It also doesn’t hurt that they’ll provide other bonuses like reducing Unrest by a certain amount each week.

If you have a Security Field Team in each district, then you gain access to special Field Team abilities. These can be used to reduce Unrest in an area, freeze the Unrest entirely, decrease the overall Anarchy of the city and more.

Finally, look for missions that provide Intel as rewards. Make sure to think carefully about a district’s Unrest since completing a mission may reduce Unrest in that district while increasing it in others. You won’t always get Intel as a reward but it’s easy to see which missions offer what rewards.

Aside from establishing and upgrading Security Field Teams, Intel can also be used to purchase items from the Scavenger Market. These are a source for invaluable items, including Epic Weapons which have a chance to show up. If you have an excess of Intel, don’t be afraid to check out the Scavenger Market every now and then.