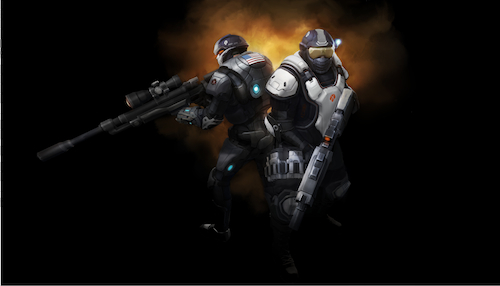 XCOM: Enemy Unknown is being developed by Firaxis, creators of every Sid Meier’s game since 1997, and will be in shops in the UK on 12 October and North America on 9 October for Playstation 3, Xbox 360 and PC.

In addition to pre-order bonuses, a special edition of XCOM: Enemy Unknown will be available from participating retailers including an art book, fold-out poster of the XCOM HQ; an XCOM insignia patch and a collection of bonus digital assets.

The 1994 XCOM game is widely regarded as being one of the best PC games of all time, winning #1 spot on IGN’s ‘Top 25 PC Games of all Time’ in 2000, 2007 and 2009, so unsurprisingly Firaxis Games have a very tall order to fill. X-COM’s original creators MicroProse have since been resigned to the cruel fate of producing Jillian Michaels fitness games for the Wii and ‘Girl Fight’, which speaks for itself.