Xenoblade Chronicles 2: Torna – The Golden Country Review – A World Worth Fighting For

Building on Xenoblade 2’s strengths, while also bringing its own additions to the table, Torna, The Golden Country is a must-have for fans of the base game.

Xenoblade Chronicles 2 is flat out one of the best games on the Nintendo Switch currently. While multiple arguments can be made picking at the game’s flaws, which are too numerous to even begin to get into here, the package coalesces into something greater than the sum of its parts, reaching highs that few other games manage to do. There’s a reason for the game’s enduring popularity even almost a year since its release, where most JRPGs taper off very quickly—Monolith Soft crafted an astonishing world, populating it with unforgettable characters, and giving it a history that players wanted to learn as much of as possible.

All of which is to say, more Xenoblade Chronicles 2 is an undeniably appealing proposition for the game’s legions of fans. Monolith could have tapped into that sentiment and simply turned out a simple DLC pack, with some new quests and enemies, and called it a day. That’s not what they did, however. They went the extra mile to invest in an entirely new adventure, a standalone campaign that’s incredibly meaty, and meaningfully expands the world of the original game. Make no mistake, Torna, The Golden Country is a fantastic package, and an incredible addition to the series, and to the world of Xenoblade 2.

When I say Monolith went the extra yard, I truly mean it. The game is set 500 years before the events of Xenoblade 2, acting as a prequel, and delving into the story of the Aegis War. The cataclysmic events of that conflict are referenced often in that game, and indeed, one can argue that cleaning up the residue of that war is what Xenoblade 2 is ultimately about. However, Torna, The Golden Country is the first time we get to learn the specifics of the doomed fates of the eponymous nation, as well as the game’s heroes. 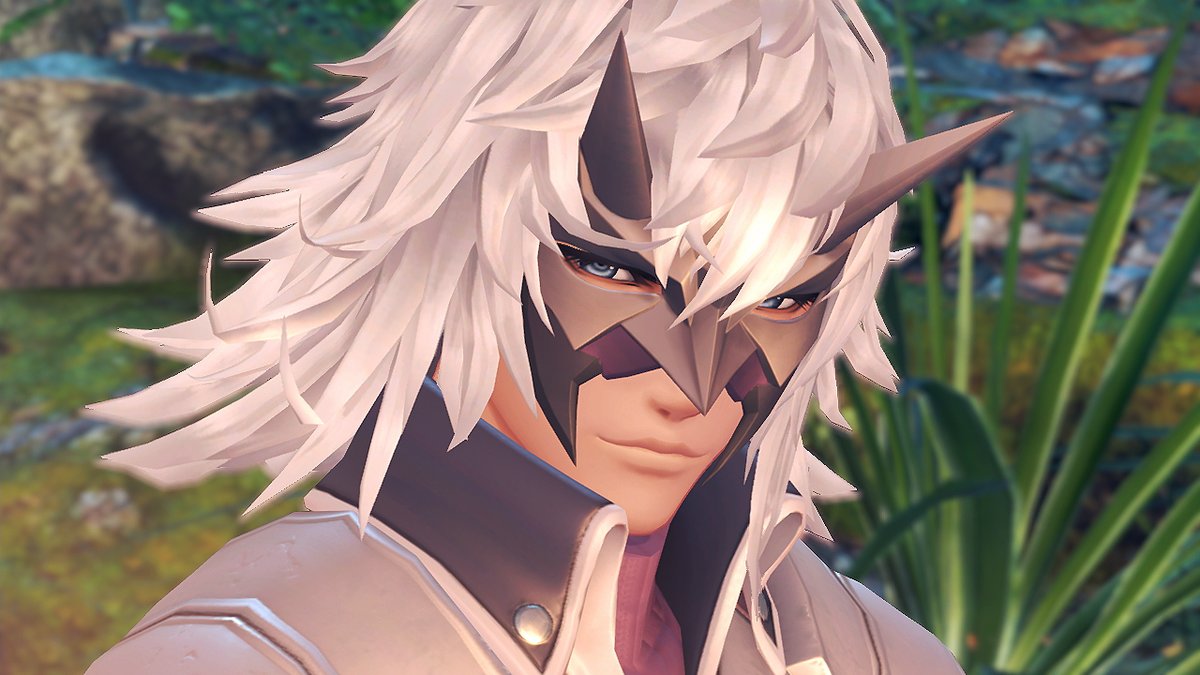 "The story is aided by mostly good writing and localization, and largely great voice acting; people with low tolerance for the more cheesy and anime style tropes that Xenoblade 2 employed often will also be happy to know that they have been dialed back to a great extent in Torna, lending the story a more grounded and mature feeling that fans of Xeno– games may have missed in Xenoblade 2’s mostly light-hearted shenanigans."

Players of Xenoblade 2 know the ultimate ending to Lora and Jin’s story, and that foreknowledge of tragedy underlaces every moment in the game, even the lighter ones, lending every interaction between the game’s characters a a sense of gravitas that makes the whole story incredibly poignant. The story is aided by mostly good writing and localization, and largely great voice acting; people with low tolerance for the more cheesy and anime style tropes that Xenoblade 2 employed often will also be happy to know that they have been dialed back to a great extent in Torna, lending the story a more grounded and mature feeling that fans of Xeno– games may have missed in Xenoblade 2’s mostly light-hearted shenanigans.

Even if you haven’t played Xenoblade 2, theoretically you can jump in with Torna, The Golden Country (which is being sold standalone)—given that this game is a prequel, you can perfectly fine use it as your entry point to the Xenoblade 2 saga. That said, in my opinion, this is something you should avoid doing—not only will a lot of the more meaningful moments in Torna be lost on you without the context that Xenoblade 2 provides, but Xenoblade 2 itself, as well as its central mystery, are spoiled somewhat by Torna, which after all acts on the presupposition of familiarity on the player’s part.

But even beyond the story, Monolith Soft have expanded Xenoblade 2 with Torna—take, for example, the addition of new mechanics, such as Community (which is a measure of your bonds and interactions with NPCs in the game, and is governed by quests and favours you carry out, in turn unlocking more, higher leveled ones for you to access) or Camping (allowing you to craft items, and engage in light-hearted chats with your party members, giving you more chances to interact with them. These are new takes on concepts in the base game (camping basically takes your rests at inns in the base game, and expands upon that concept greatly, while Community is actually a return of a feature from the original Xenoblade Chronicles, and analogous to the Town Development Levels in Xenoblade 2), and keep things fresh even for players who have invested hundreds of hours into Xenoblade 2 by now. 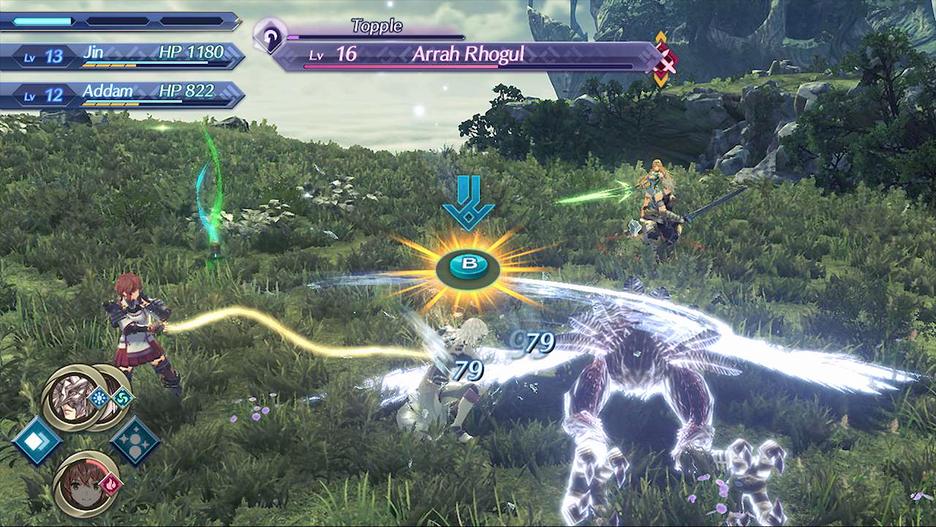 "But even beyond the story, Monolith Soft have expanded Xenoblade 2 with Torna."

Of course, Xenoblade 2’s crown jewel, the battle system, has also seen a fair few changes here. The core is the same—the battle system is real time action, with basic attacks being automated, special attacks (called Arts) being mapped to face buttons, and requiring player input, attacks leading to higher level attacks unlocking, and different attacks stacking together for combos across the various party members you have on field. However, Monolith has decided to mix things up here with some changes—for instance, you can now control your Blade (a human manifestation of your Sword) directly, and indeed, switching between the Driver (the human character who “owns” the Blade) and Blade can open up new Art combo possibilities, not to mention present strategic opportunities in battle by letting you recover HP, or press an attack.

It adds more player engagement—by encouraging mixing characters up in real time to string combos and attack openings (as well as covering your own), you are constantly encouraged to not just let the AI spam their autoattacks. All the strengths of the battle system in Xenoblade 2 are present here, with some neat wrinkles thrown in that should delight the veteran fans of that game.

Battle system aside, there are still more changes—Monolith has largely taken the opportunity to address some of the longstanding complaints in the base game, too. The voice acting seems to be noticeably better in Torna, as well as the lip synch (though there are still scenes where it is perceptibly off). Tutorials remain hilariously ineffective, but you at least have the option to peruse them later by checking a new “Tips” option in the menu. Very importantly, the game runs far better in handheld mode than Xenoblade 2 did—while it’s still at its prettiest on TV, the handheld performance of Torna is better than the base game (although be mindful that it will push your Switch to the limit. Mine for pretty warm, and burned through the battery rather quickly, in handheld mode). 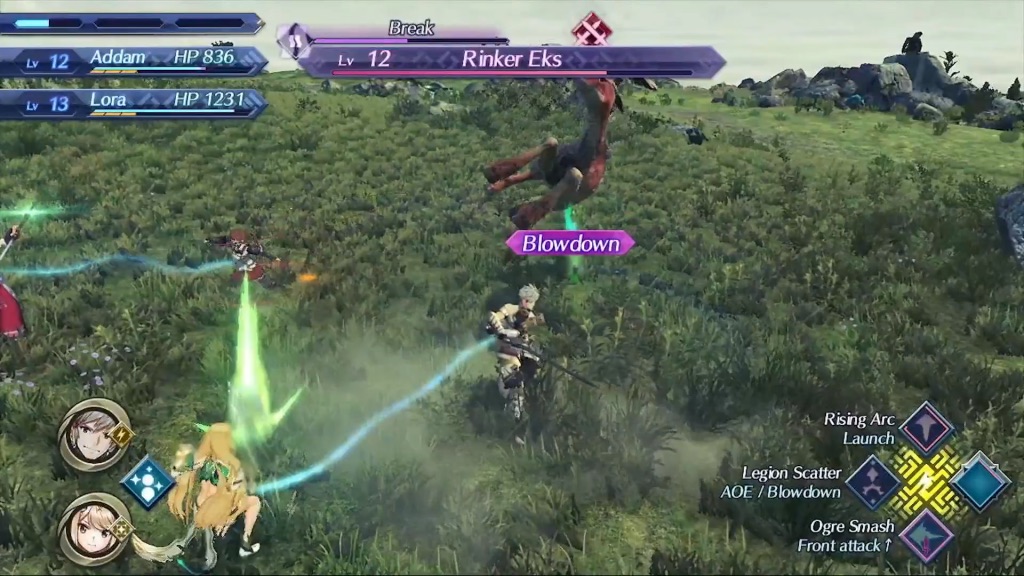 "All of this, while building on Xenoblade 2’s strengths—so we still have gorgeous vistas that are awe inspiring and incredibly imaginative, characters that are lovable and endearing, a story that beckons you on with its mystery, and a stunning soundtrack that will probably go down as the best of this year."

Apart from story, mechanical, and QoL expansions, Torna also adds entirely new enemies, characters, new areas for you to visit and explore, plus recasting older areas that you revisit in an entirely new light, and presents you with a brand new campaign that will take you north of 25 hours to get through, at the very least. Because of its relatively shorter length compared to the original game, it also ends up being a far better paced adventure, without any of the lulls that Xenoblade 2 often ended up suffering from (such as the infamous Chapter 4).

All of this, while building on Xenoblade 2’s strengths—so we still have gorgeous vistas that are awe inspiring and incredibly imaginative, characters that are lovable and endearing, a story that beckons you on with its mystery, and a stunning soundtrack that will probably go down as the best of this year. There’s no two ways about it, Xenoblade Chronicles 2: Torna, The Golden Country is a hell of a package, and a must-have for Switch owners who are JRPG fans, and who enjoy the Xeno– games. Monolith Soft have, yet again, crafted a world worth fighting for.

A great story with fewer anime tropes and more gravitas than the base game; all new, well fleshed out mechanics; the fantastic core battle system from Xenoblade 2 has been further iterated upon; great characters; good writing and voice acting (mostly); incredible soundtrack; imaginative worlds; a lengthy new story that is very well paced; a lot of new additions to the base game; and redressals of a lot of Xenoblade 2's flaws

Lip syching and voice acting can still be off; performance in handheld mode, while better, can be taxing on the system; tutorials, the in-game map and UI, and so on can still be hilariously ineffective

Xenoblade Chronicles 2: Torna, The Golden Country is a a must-have for fans of the series, and for Switch owners who are RPG fans.

A copy of this game was provided by developer/publisher for review purposes. Click here to know more about our Reviews Policy.
Tagged With: monolith soft, Nintendo, nintendo switch, the golden country, Xenoblade Chronicles 2, xenoblade chronicles 2: torna