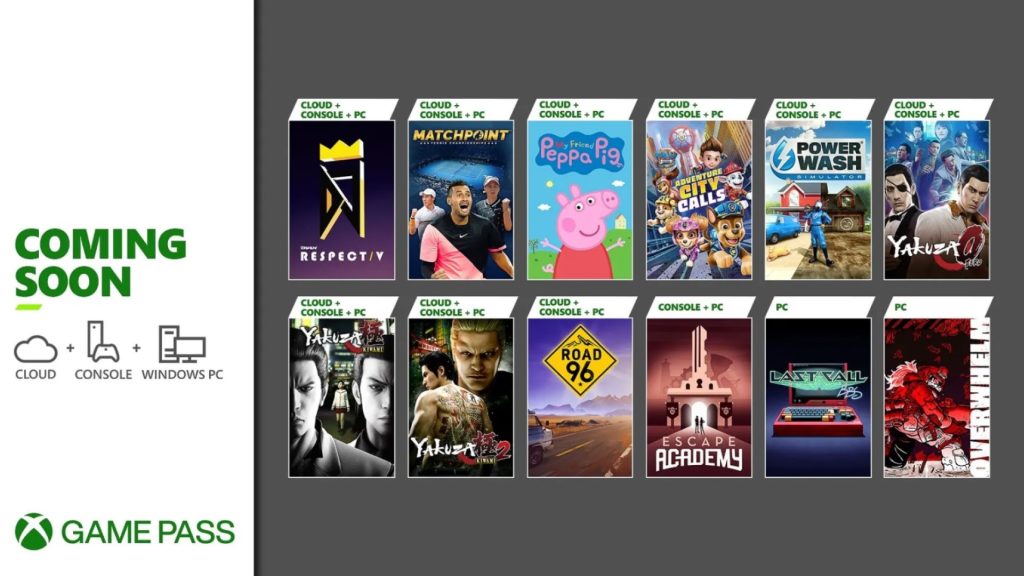 Microsoft has announced what games will be added to Game Pass over the coming days as part of the first wave of additions for the service for the month of July, and there’s plenty of crowd-pleasers here, especially for fans of the Yakuza series.

July 7 will see the addition of Road 96, Matchpoint: Tennis Championships (also available day one), and DJMax Resect V, all three for PC, console, and cloud. July 14, meanwhile, will add Escape Academy (console and PC), and Overwhelm (only PC), as well as My Friend Peppa Pig, PAW Patrol The Movie: Adventure City Calls, and PowerWash Simulator (all three via PC, console, and cloud).