Ryu ga Gotoku Studio head Masayoshi Yokoyama will talk about the series' "past, present and future" next week on Niconico Chokaigi.

Masaharu Kaito takes on a starring role in this four-chapter expansion, and can dish out punches, kicks and suplexes with authority.

"We have a lot of unannounced titles that are currently in development," the studio director of RGG Studio Masayoshi Yokoyama says. 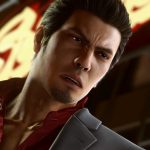 Ryu Ga Gotoku Studio and Sega's action-adventure sequel is out now, bringing its engaging blend of combat, stealth, and investigations.

Lost Judgment Demo Out Tomorrow for PlayStation Store in Japan

The demo will be available for PS4 and PS5 consoles. Sega and Ryu ga Gotoku Studio have yet to confirm a worldwide release for the same.

Other DLC includes four additional games for the Sega Master System, a boss fight against Super Amon, and much, much more.

Lost Judgment's newest trailer reveals the cast of the game's English voice dub, including both new and familiar characters.

The brawler Yakuza spinoff returns with a sequel- here's why you should be excited.