Yakuza 6: The Song of Life Review- Pulled Back In

Yakuza 6: The Song of Life ends Kiryu's story on a very high note.

At one point very early in Yakuza 6, series protagonist Kazuma Kiryu, upon finding himself back in Kamurocho, the haunt of many previous episodes of his storied life, asks himself, “why do I keep finding myself back in this damn city?” It’s a wink and nudge at long time series fans, with Sega attempting to poke fun at themselves for just how improbably many, almost Forrest Gump-esque in number major incidents Kiryu has found himself embroiled in over the course of the series. And yet, as the series fan reflects on the question, they will realize that with Yakuza 6, Sega has achieved something truly remarkable- in pulling Kiryu back for a seventh major adventure, they have managed to make the new story feel like an organic part of Kiryu’s life, and a culmination of all that he has done until now.

That might truly be Yakuza 6‘s greatest achievement- in spite of how contrived the series’ setup of getting Kiryu pulled into major criminal escapades should seem by now, the story it tells never feels anything less than sincere and natural. Now in his old age (although looking dissonantly young on screen regardless), Kiryu’s final outing in the Yakuza series – though Sega has confirmed that the games will continue on beyond this entry, they have also made it abundantly clear this is the conclusion of Kiryu’s saga – has many parallels, some likely, others a bit surprising.

In some ways, as the story of a retired criminal bigshot pulled back into the underworld after his attempts to disengage for the sake of his family and loved ones, and the havoc that all of that wreaks on everyone and everything around him, recalls some of The Godfather Part 3. Iindeed, there is even a line that seems to echo Michael Corleone’s famous “Just when I thought I was out, they pull me back in!”. As the story of an old man following the trail of a young woman whom he sees as a daughter, trying to connect the dots, and figure out just what happened to her, Yakuza 6 can often feel like The Witcher 3. And much like The Witcher 3, it has the gravitas and consequence it needs for its story to pack the emotional punch that it so very clearly should. 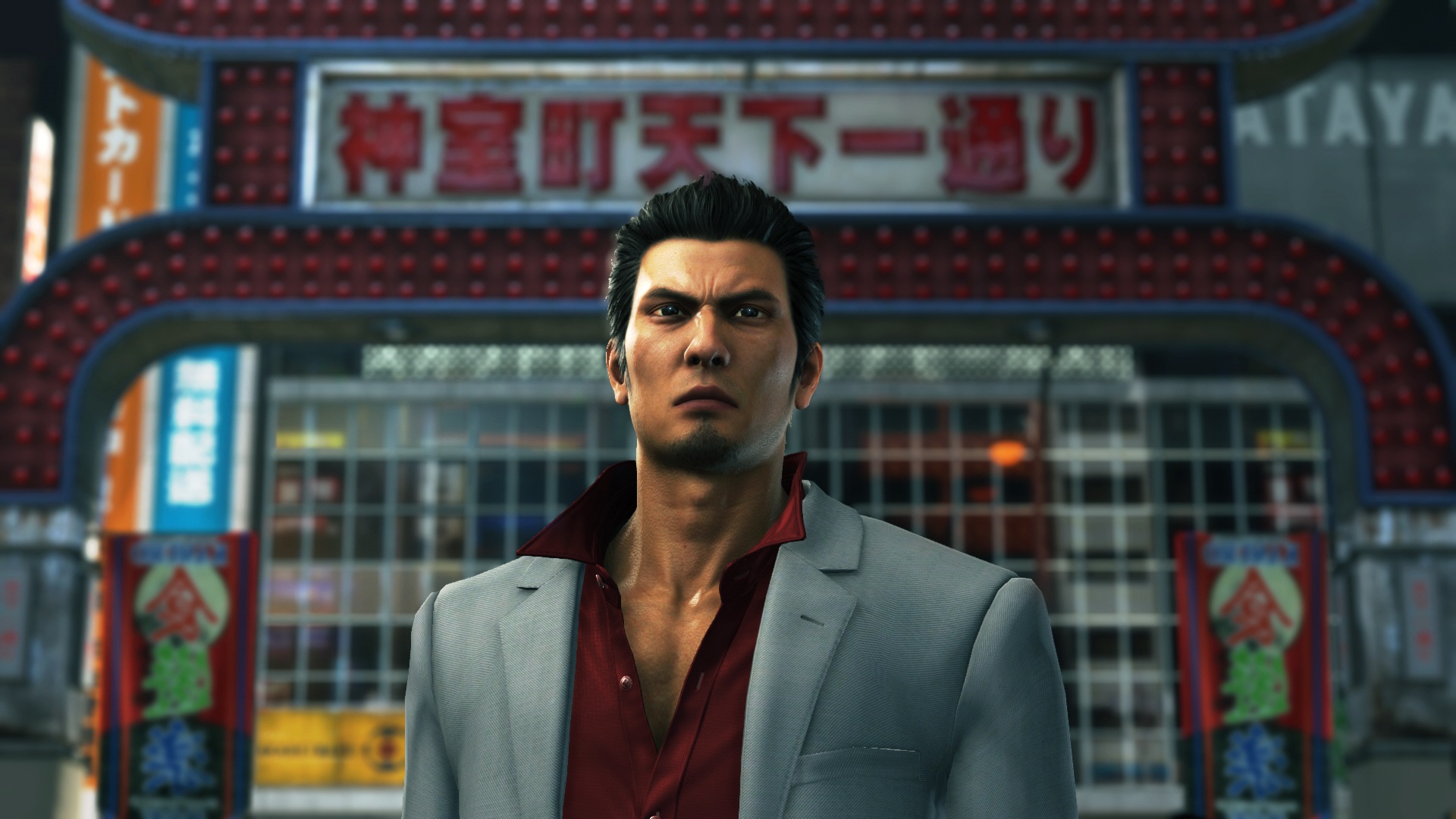 "That might truly be Yakuza 6‘s greatest achievement- in spite of how contrived the series’ setup of getting Kiryu pulled into major criminal escapades should seem by now, the story it tells never feels anything less than sincere and natural."

None of this is to say that Yakuza 6 is any less quirky or whimsical than its predecessors. The Yakuza series has made a name for itself because of its intrinsic charm and wacky Japanese sensibilities, and that is on full display here. Kiryu remains wisecracking, and the game and its scenarios often, sometimes subtly, and other times not so, satirically comment on modern society and trends. Yakuza 6 is a serious and somber story, and the culmination of a long narrative, but it knows how to have fun, and it has the maturity to never seem like it is trying too hard, which is a criticism that can be leveled at something like Grand Theft Auto V, for instance.

My constant references to the series’ long continuity, and how Yakuza 6 represents the climax of it all, however, should not scare newcomers away at all- Yakuza 6 is surprisingly newcomer friendly in every sense of the word. The main menu features a handy and succinct recap of every main game in the series (except, for some reason, for Yakuza 0), while early game events smartly bring the player up to speed with who Kiryu is, and where he is in life right now, to contextualize his actions. Sega themselves have made an excellent website that recaps the series, and even if you are a new player who decides, for whatever reason, to skip all of this, the game’s story is still something you can enjoy- since, as mentioned, it makes a lot of effort to contextualize Kiryu and his actions early on.

Most Yakuza fans in the west are likely to be fans who hopped on the train last year, thanks to the double whammy of the excellent Yakuza 0, and the equally great Yakuza Kiwami, representing a prequel for the entire series, and a remake of the first game respectively- in other words, while they have experience with the early parts of Kiryu’s story, everything that happened between then and Yakuza 6 may not be something they are familiar with. It’s good, then, that the story in this game is something everyone can enjoy, regardless of their history with the franchise- even though I do think that those who have engaged with all of Kiryu’s outings are the ones who will take away the most from the plot of this game.

Story aside, we have the gameplay, which is the same as always, except refined to its apex- Yakuza games play like action RPGs, set within a small, but dense, “open world” that is a recreation of Japanese urban centres. You get into fights that play out as brawls, allowing you to string and pull off simplified combos, or use environmentally contextual moves (such as picking something up in your surroundings and whacking the opponent over the head with it, for instance). You have a special “rage mode” you can activate, and you level up your stats and skills by using EXP you gain from these fights (which, in turn, can be higher based on how well you do).

"Story aside, we have the gameplay, which is the same as always, except refined to its apex."

That aside, a lot of your time in the game will be spent either completing quests (of which there are many- and which contain the bulk of the game’s aforementioned smart social commentary), or engaging in minigames. The latter, again, is something that Yakuza games have always been known for, and Yakuza 6 outdoes itself in this regard, featuring over at least half a dozen minigames that I can count off the top of my head, including shockingly full fledged recreations of Virtua Fighter 5 and Puyo Puyo within it- seriously, you can spend just hours playing those minigames, and not bother engaging with the rest of the game. I know it was hard for me to pull myself away from Puyo Puyo once I started playing it, for instance.

Refinement of gameplay isn’t the only way Yakuza 6 represents the series at its peak, either- the games have never looked better than this before, which makes sense, since Yakuza 6 is the first game in the franchise that is exclusive to the PlayStation 4 (while Yakuza 0 and Kiwami released in the west only on PS4, they were originally made for PS3 and PS4, and released as such in Japan and Asia). The game looks great, and its recreations of Japan hugely authentic.

Yakuza 6 also has, without a doubt, the sharpest writing (owing to some excellent localization on Sega and Atlus’ part); the voice acting, all in Japanese, sounds great, and avoids the pitfall that many Japanese voice tracks often fall prey to, with things sounding so exaggerated or over the top that it takes the player out of the moment. 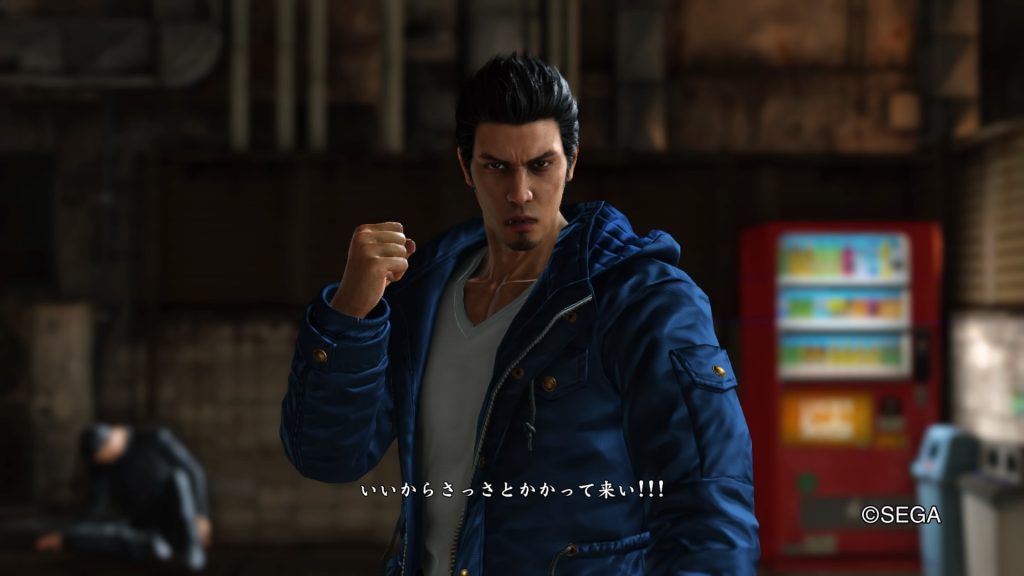 "The fascinating thing is that Yakuza 6 never feels like a lesser experience for all its omissions- it still remains a compelling game to play, that is probably an incredible goodbye to Kiryu unlike one afforded to most gaming characters, who are milked endlessly far after their time in the sun is over."

And yet, for all the progression and refinement that Yakuza 6 represents, there are some ways in which it seems like a baffling step back from Yakuza 0– for example, the game does away with the multiple fighting styles, taking away a lot of the versatility, flexibility, and depth the combat had in that game. Gone, also, are fighting arenas- in a sense, this is good in that all fights are now transitioned into and out of seamlessly, but not having bounded arenas can lead to more chaotic fights, that the camera struggles to keep up with. Which brings me to the point of the camera feeling surprisingly incapable in the game- far too often, it simply fails to go where it should be, and I had to wrestle with it manually so I could actually see what I was doing. Then, too, the number of heat actions in the game is far lower than in Yakuza 0, a lot of the minigames from that game are gone (though this is made up for by the inclusion of others, at least), and you only play as and control Kiryu (rather than the multiple characters you played as in Yakuza 0).

The fascinating thing is that Yakuza 6 never feels like a lesser experience for all its omissions- it still remains a compelling game to play, that is probably an incredible goodbye to Kiryu unlike one afforded to most gaming characters, who are milked endlessly far after their time in the sun is over. While I hesitate to call this the best Yakuza game, simply because a lot of its omissions are things that fans will probably miss, I have no qualms in calling this an incredible experience and journey, and a chance to bid a fond farewell to everyone’s favorite yakuza. Debates about whether or not Yakuza 6 is the best game in the franchise will probably rage on for a long time to come- but if nothing else, The Song of Life represents a franchise, a developer, and most of all, a character, at the peak of their talents.

The game represents a step back from Yakuza 0 in many ways- you only play as Kiryu, the multiple fighting styles are gone, bounded arenas are gone, a lot of the minigames from that game are gone, and the camera seems perplexingly incapable

Final Verdict:
AMAZING
Debates about whether or not Yakuza 6 is the best game in the franchise will probably rage on for a long time to come- but if nothing else, The Song of Life represents a franchise, a developer, and most of all, a character, at the peak of their talents.
A copy of this game was provided by Developer/Publisher/Distributor/PR Agency for review purposes. Click here to know more about our Reviews Policy.