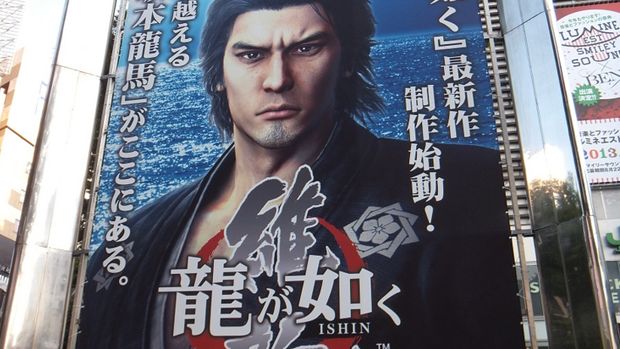 A new Yakuza game has been announced by Sega as Gamescom gets underway in Cologne, Germany this year. Yakuza Ishin will feature a new protagonist, Sakamoto Ryōma and Sega hasn’t confirmed which platforms the game will be releasing on.

However, most interestingly of all is the era the Ryōma occupied: the Bakumatsu Period, during which the Tokugawa Shogunate was being brought to an end. Ryōma’s day usually involved brokering peace between provinces while avoiding powerful enemies such as the Shinsengumi. His story doesn’t have a happy ending though, as he eventually ends up assassinated.

Needless to say, if you even somewhat care about Rurouni Kenshin (Samurai X, to Western audiences), you’ll care about this game. Who wants to hedge bets that Hitokiri Battousai, a legendary assassin and one of the four Hitokiri of Bakumatsu makes an appearance?

One can only hope that Sega takes full advantage of the gold mine it has here when Yakuza Ishin is released. Stay tuned for more details.