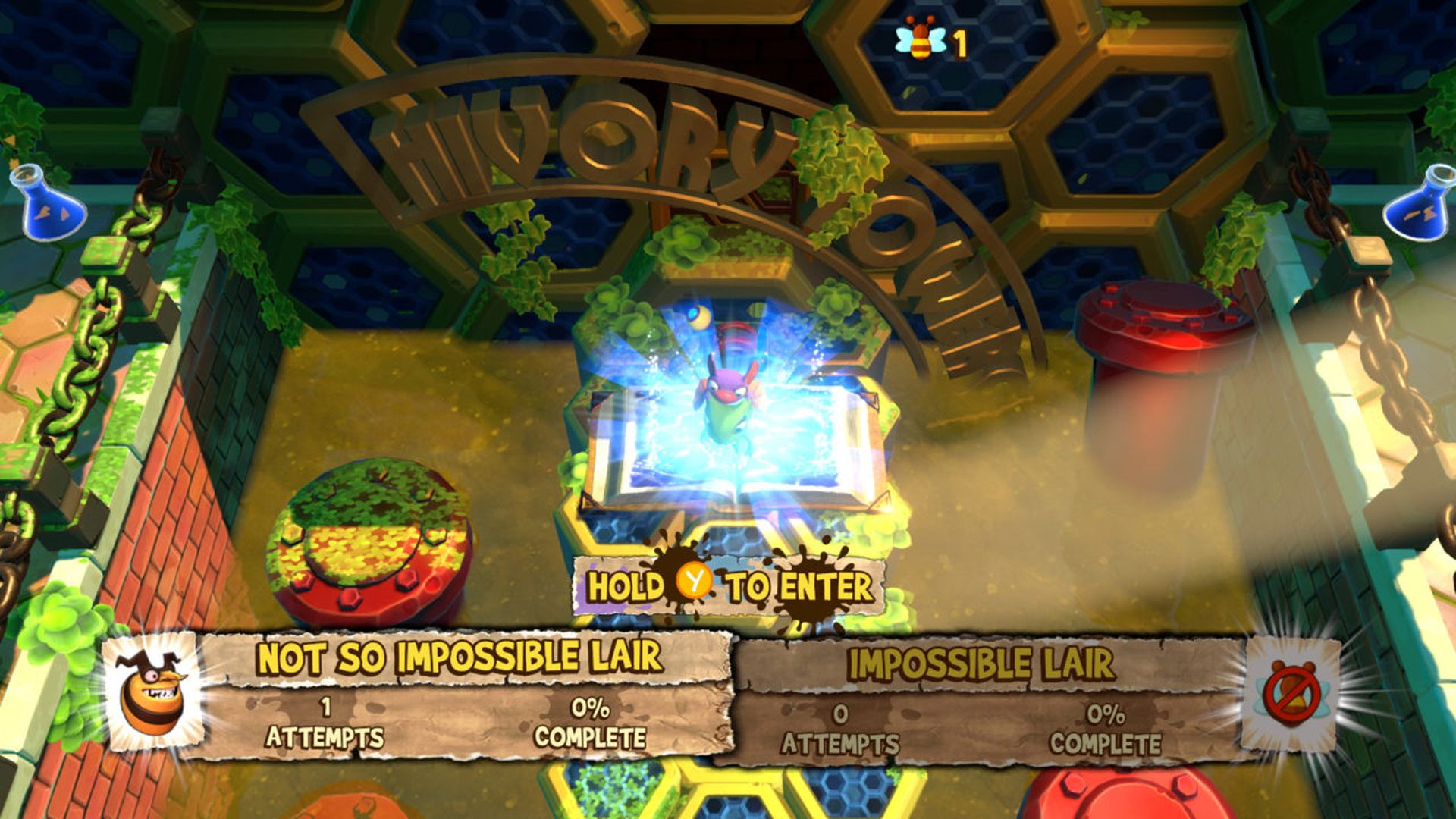 These checkpoints will remember the best “Bee Shield score” and allow you to return to them later for practice. You can also attempt the Impossible Lair without a Bee Shield or checkpoints to earn the “Golden Try” Tonic. The good news is you don’t even have to make a new save file to try it.

The update will also include an 8-bit soundtrack for every level in the game, providing a Chiptune feel courtesy of Tater-Tot Tunes. The soundtrack for the same, titled “Retro Remix” will be available on April 14th via Spotify and Apple Music. If you’re keen on trying on Yooka-Laylee and the Impossible Lair before buying, there’s a free demo that’s currently available for all platforms.