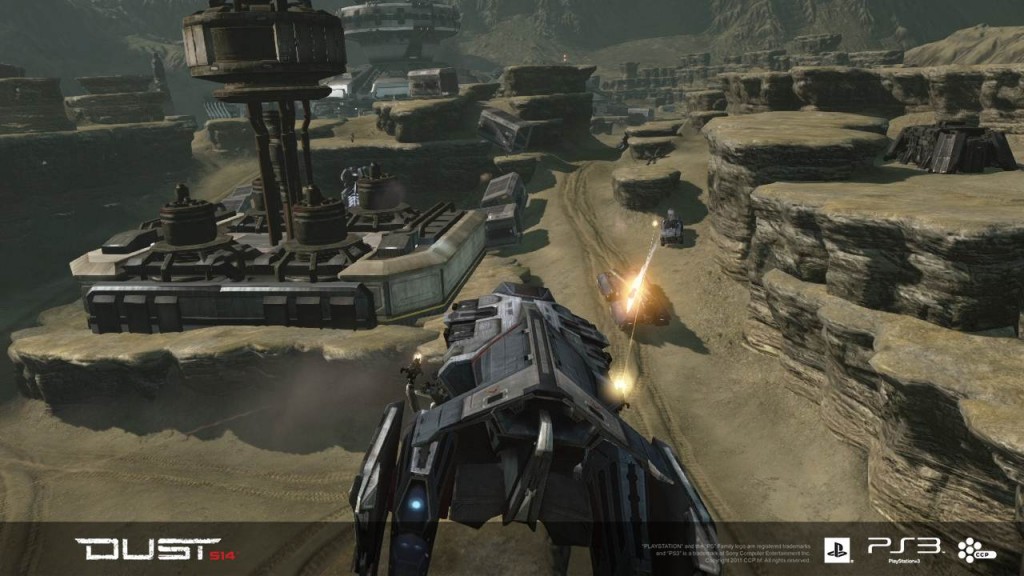 CCP has hinted that PS Vita could be used as a controller option for their upcoming MMO, Dust 514. CCP’s David Reid revealed this info at a Playstation Blogcast meeting.

Dust 514 is exclusive to the PS3 and there is a PS Vita version in the works as well. Controller option is certainly interesting, as the Vita could be used as a controller for the PS4 and we could be seeing an early glimpse as to how it works.

Mighty expensive controller when you come to think of it.

“Once you get your hands on the Vita, you can imagine it as a controller for your Dust experience,” he said.

“Suddenly you can think about all the things you can do with that screen.

“Our first steps will be cohort apps – the idea of taking a certain amount of the [game’s] admin on the go. But the opportunity is massive in terms of what could be on that screen while you’re playing Dust 514,” he added.