Will also have apperances from major Youtubers. 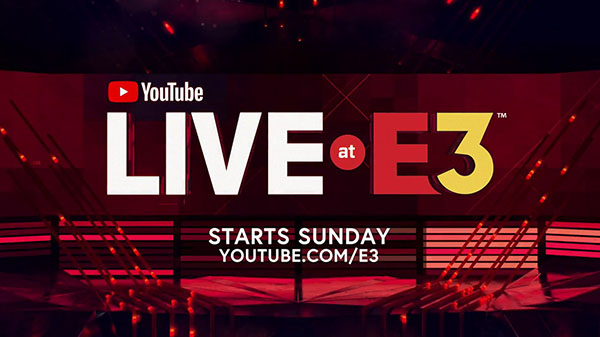 Beginning Sunday, June 10th, and ending with the show itself, Youtube is once again bringing the world Youtube Live at E3 2018, produced by Geoff Keighley, the man also behind The Game Awards. It all kicks off at Noon on Sunday.

The broadcast promises it’s own world premiere gameplay demos, interviews and more. They’ll be simulcasting all of the major press conferences, and feature appearances by top Youtubers such as AngryJoe, Boogie2988, MatPat, iJustine, TypicalGamer, Vikkstar and others.

For some reason, we can also look forward to a live let’s play with Tyler “Ninja” Blevins and music producer DJ Marshmello, where he will debut his new track “Tell Me” from his upcoming album. Will you be checking out this show? Share your thoughts in the comments section below whether you’ll catch Live at E3, or if you’ll be on Twitch instead.