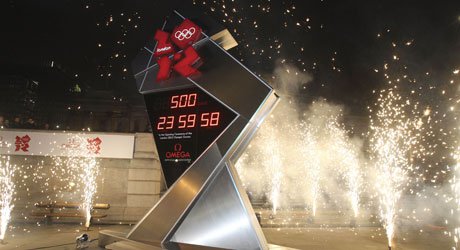 Zapak Digital Entertainment will soon launch Gaming Olympiad where you get live updates from London 2012 Olympics and also get a chance to participate in a virtual ‘Olympic’ styled event. Each winner of the four events will win a motorcycle.

Zapak Gaming Olympiad is the first initiative from a gaming platform, merging live information and updates on the Olympic Games, with specially created game titles that allow casual gamers to experience the thrill and zeal of participating in a global  sport competition as big as the Olympics.

“We are launching Zapak Gaming Olympiad with an aim to bring the Olympic Games on the digital platforms. We wish to give our users a virtual experience of the Olympic Games on their PCs and mobile phones. Not all Olympic enthusiasts have the luxury of time and place to see the match. We are the first ones to bring this experience in India,” said Mr. Deepak Abbot, Head Product, Reliance Entertainment Digital.

The Gaming Olympiad begins on the same day as the London 2012 Olympics i.e. 27th July 2012. Over a two week period online casual gamers will compete in the following online sport based games –

Field Hockey: Field Hockey is all about building your own team with 5 players a side, make goals for them, aim and strike! It is one of the most exciting games!

Hurdles Run: Run as fast as you can, skip over all the hurdles and win! Run to the finish line before your opponents; make sure you don’t trip on any of the hurdles in the middle

This gaming zone will be available on the web (www.olympics.zapak.com) as well as will have WAP site for mobiles (o.zapak.com).