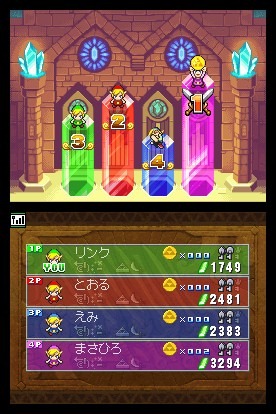 The upcoming DSi port of The Legend Of Zelda: Four Swords will feature two new areas to explore: Hero’s Trial; a sort of compilation level made up of parts from other levels in the game and Real Of Memories; which is made up of famous locations from other Zelda games. Each of the new areas has three levels within it and completing an area will unlock a bonus item: Hero’s Trial gets you the ‘Hurricane Spin’ and ‘Realm Of Memories’ the Master Sword. The game will be available as a free download on the 28th of September.