Zone of the Enders Coming to the 3DS? 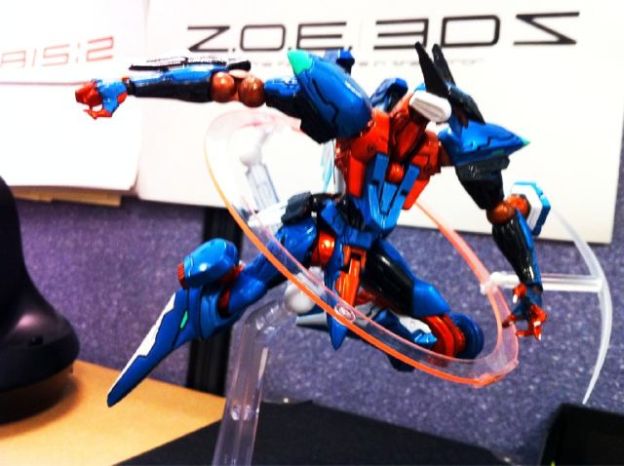 Hideo Kojima’s Zone of the Enders franchise has garnered a massive cult following over the years, with the cries for a third installment in the robot battling saga getting increasingly insistent. The announcement of a Zone of the Enders Collection earlier this year gave a lot of hope to some fans about the possibility of a third installment, and now it seems that a third game in the series might indeed be in development, and on the 3DS of all platforms.

As reported by 1Up, Kojima recently tweeted a lot of pictures. One of these was the headlining image above. If you look carefully, there is the stylized Z.O.E up there to the left, followed by what looks like the same Z.O.E flipped around. However, there are no periods in the flipped text, which means that it now reads as Z.O.E 3DS.

This tease (if that is what it is) would certainly be in line with some of the earlier ones  by Kojima. A Zone of the Enders 3DS, provided it’s a new game and not a Snake Eater-esque port, would do wonders, giving the system an exciting new piece of software that hardcore gamers can get behind.

We will have more for you on this as it develops.