Konami has announced the limited editions for Zone of the Enders HD and Metal Gear Rising: Revengeance. The latter contains a cool looking lamp. And yes, I know what you’re wondering, but as odd as it sounds, it looks friggin’ awesome. We have pictures too, which you can check out below.

The MGS Rising: Revengeance Limited Edition contains a full copy of the game, official soundtrack, Limited Edition 2-sided Steelbook, and an exclusive high-frequency katana blade plasma lamp. It will be available on February 19th for the PS3 and Xbox 360.

Zone of the Enders HD Collection meanwhile will be released on October 30 and will contain the gold, metallic packaged bundle will include a full copy of the game with the Metal Gear Rising: Revengeance demo, an import soundtrack featuring remixes of the music from the series, and a 100 page art book featuring new work from Yoji Shinkawa.

This collection will be available on the PS3 and Xbox 360 as well. 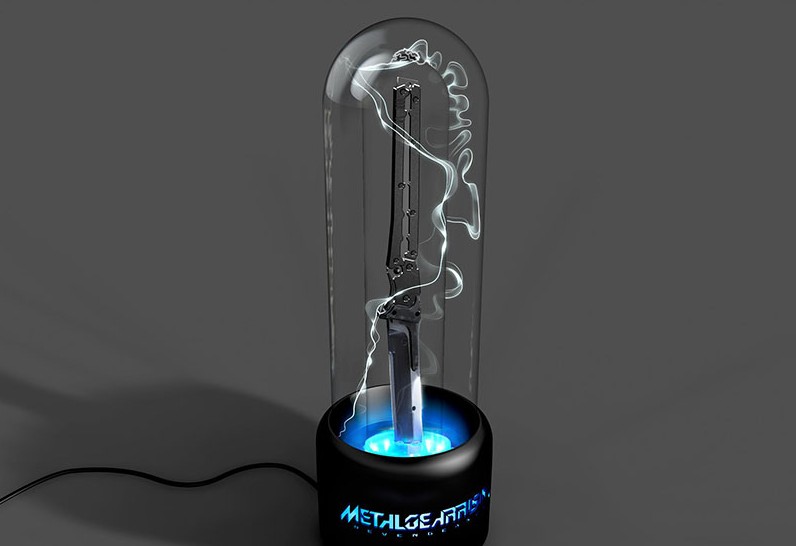