10 moments that freaked you out

7. You can’t trust the machine (The Thing)

AI companions are a usual source of complaint among gamers. They totally suck, usually get in your way and, should they fall, you usually need to load your last checkpoint. Regardless of their unanimous lack of competence, we always count on them to be right behind us the whole way. Lesser known 2002 survival horror title, The Thing, successfully took this concept and completely inverted it with rather upsetting results. Just like the film it is based upon, your squad mates can become infected and turn on you at any time in the game. You can always test them for infection, but their reliability will fall should they think you don’t trust them. It left players in a constant state of tension that few games can achieve, earning it a place on this list. Okay, so it doesn’t happen quite like it does in the film clip but cheers to gorebomb for the video all the same. 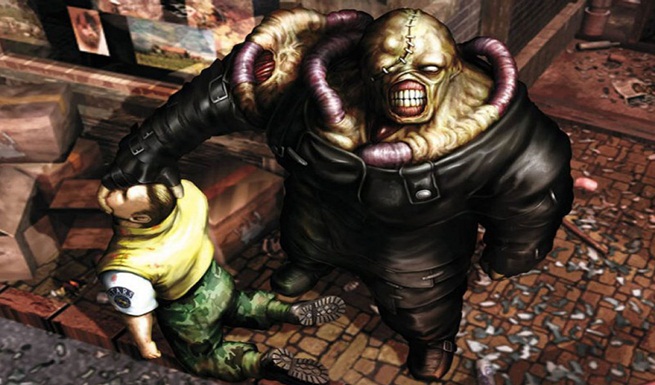 Big enemies are generally designed to frighten us. Big enemies that are immortal on the other hand, are designed to make us crap ourselves. Nemesis is one such immortal bad ass, who forces players to run away whenever he shows his ugly mug. Yet, despite this, his truly disturbing aspects come from his persistence. The old Resident Evil games are generally full of scary zombie encounters but, as zombies seem to lack the ability to go through doors, it makes it rather easy to escape. Nemesis on the other hand knows no bounds. He chases you through the entire game, past doors, stairs and all. Just hearing his infamous leitmotif is enough to give me the willies. A truly terrifying beast indeed. 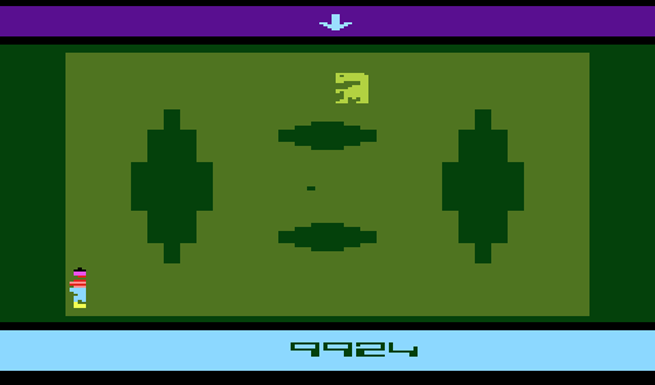 Us gamers depend on certain constants. We depend on our hardware to keep working day in day out (unless it’s a 360 we’re talking about.) We depend on the servers to stay up. We depend on new releases to grace our consoles each month. E.T. is a truly terrifying title, sheerly in how it demonstrates one game’s ability to nearly collapse our entire industry. E.T. released in the Holiday season of 1982 to such commercial failure that it almost single handedly caused the video game industry crash of 1983. If it weren’t for the NES reviving the dying industry in 85 we wouldn’t have any games today at all. Just think about that. One game so bad it can destroy an entire sector of the entertainment industry. Now that is true horror dear readers. 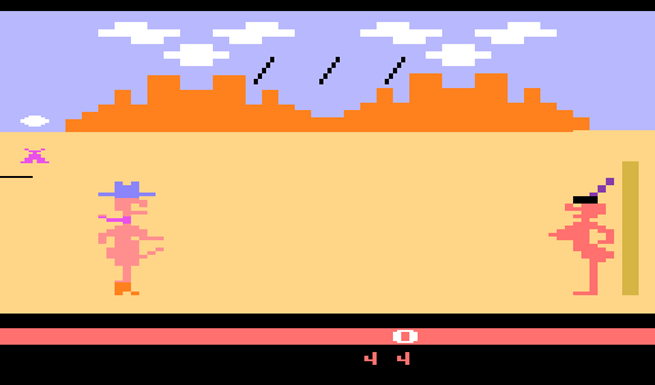 Crime is something we are rightly taught to abhor from a young age. We chide those who steal and look down on murderers and thugs alike. When a crime is made fairly commonplace and acceptable, the clash within our social conscience can be a disturbing thing indeed. Enter 1982’s Custer’s revenge. The player controls a very naked General George Armstrong Custer as he dodges arrows and other obstacles so he can rape an equally naked female native at the other side of the screen. The very thought of legitimately putting something like this into a game is rather detestable, but the casual nature of achieving the goal of rape just seems wrong on so many levels. Even if the horrific on-screen crimes can barely be seen on account of the game’s rudimentary graphics, the point is that some messed up developers back then decided that this was a reasonable thing to program. This truly demonstrates the dark side of the human psyche.