10 Reasons Why You Should be Excited for Sleeping Dogs

Sleeping Dogs is an open-world game from Square Enix and United Front Games that looks all sorts of awesome. I’ve been blown away ever since I saw the first trailer for this game, and this is something that has a chance to be a massive critical and commercial success. The game is entirely set in Hong Kong, and you play as Wei Shen, an undercover cop. The premise sounds fantastic already, doesn’t it? People who wanted some exotic locations like these will undoubtedly be pleased with this game, as it contains a lot of gameplay density for you to fool around – and UFG has given you tons of tools to do that.

Saints Row from THQ, and GTA from Rockstar are their obvious rivals, but one thing is for certain, Sleeping dogs seems to provide the fun and excitement of all these games combined and it’s something that has made me excited for a video game after a very long time. And guess what? If you own Just Cause 2 (One of my favourite games) on any platform, you get Rico Rodriguez’ threads which allow you to perform neat stunts in the game. I’m feeling a lot of positive vibes from this game after a long time and it looks to be turning out to something special. Bear in mind, the game comes out on August 18, so unless we review the full product it will be hard to judge whether this is truly the amazing open world game everyone has been waiting for.

So enough intro for now, here’s why you should be excited for Sleeping Dogs: 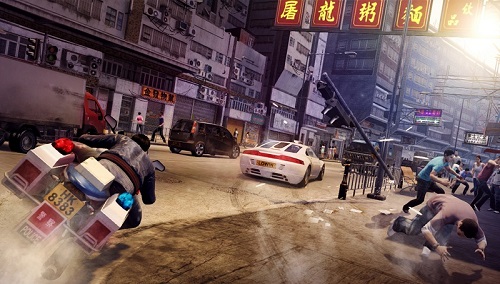 Hong Kong is a city that has been rarely used before in video game settings because of how complex it is. However, in Sleeping Dogs, due to the full backing of publisher Square Enix, United Front Games is able to create something that is truly spectacular to look at and also a lot of fun to free roam to your heart’s content.

Sleeping Dog features a lot of talent from Asia and the west including, “Will Yun Lee (Die Another Day, Total Recall) as Wei Shen, an officer sent deep undercover into one of Hong Kong’s most feared Triad gangs, the Sun On Yee. Police Inspector Pendrew, played by Tom Wilkinson (Batman Begins, The Full Monty), Wei must earn the trust of his childhood friend, Jackie Mah, voiced by Edison Chen (Infernal Affairs I/II, The Dark Knight).” 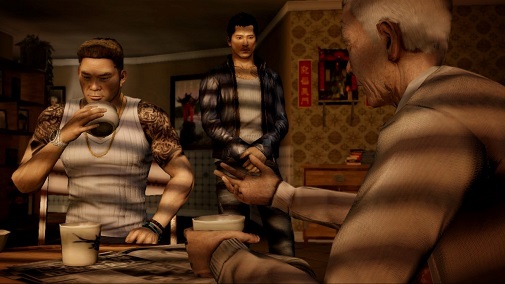 Life of an undercover police officer isn’t something that is to be taken lightly. One mistake and your cover is blown, especially so when you’re dealing with gangs who show no mercy. Here’s a story trailer to show you how cheesy the cutscenes are but awesome nonetheless.