Even this classic is not spotless. 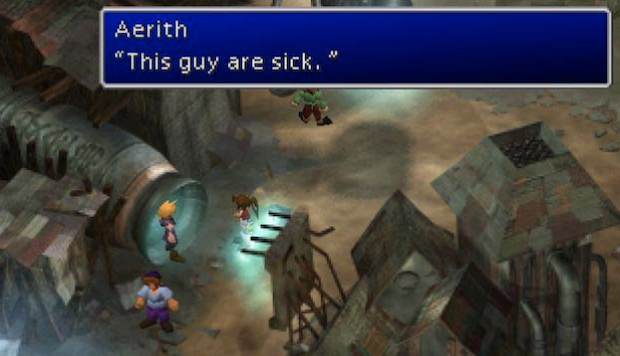 Final Fantasy 7 had an infamously bad translation back when it first launched. The game was riddled with grammatical errors, spelling mistakes, instances of repeated dialog, and weirdly named items (and at times even enemies) in English and several other western languages (the German translation is considered particularly bad).