The Deus Ex series has been one of the cornerstones of the golden era of PC gaming. Original developer Ion Storm created a great immersive sim that was a joy to explore and get creative with, which gave rise to multiple sequels over the years. The franchise has remained relevant for two decades at this point, which is an achievement in this ever-changing industry. While different fans are sure to have different preferences when it comes to their favorite entry in the franchise, many would agree that Deus Ex: Human Revolution remains a solid entry that has stood the test of time. Deus Ex: Human Revolution released in 2011 for PC, Xbox 360, and PS3 and more than 10 years later, remains one hell of a game.

A Deus Ex game – or any immersive sim for that matter – lives or dies by the complexity and believability of its systems. Deus Ex: Human Revolution nails the careful balance of being incredibly deep while remaining accessible for most players. There are a number of options available for players to tackle objectives – go guns blazing, hack your way in, carefully sneak through vents and climb ledges while remaining unseen, or pick out enemies one by one like a stealthy panther. You are free to choose either of these options or go wild mixing all of them as you deem fit.

Deus Ex: Human Revolution was also the first game in the series to be developed by Eidos Montreal. Original developer Ion Storm closed its doors in 2005 – with the last release from the studio being Thief: Deadly Shadows. Eidos Montreal was formed after the Austin-based Ion Storm shut down, and the studio’s first game was supposed to be a sequel to Deus Ex: Invisible Fall. A new Deus Ex needed to be built for a newer generation of consoles and gamers, which of course required rethinking and re-evaluating what the series meant. Over the course of multiple years, Eidos Montreal managed to craft something emblematic of the franchise’s best parts all the while introducing new elements to the mix that would, of course, go on to become staples of the brand.

Deus Ex has always focused on gameplay options – the plethora of those at one’s disposal is a big part of the appeal of the franchise. Of course, what makes it special is the fact that none of the options feel awkward or out of place, and regardless of the path you choose – it feels like the right one. There’s also a wide assortment of abilities that players can use – such as going invisible, a super punch that can break through walls, and a protective shield that negates all fall damage. Supporting this vast arsenal is a progression-based unlock system, and players are encouraged to invest skill points into abilities that support one’s preferred playstyle. To be completely fair though, some aspects of the game such as hacking and shooting aren’t as refined as games built around those mechanics – but what’s here is certainly impressive for the time.

Deus Ex: Human Revolution is set in a futuristic dystopia, where mega-corporations tower over governments and humans are scared of the rapidly advancing technology posing a threat to their existence. There is the Illuminati – an all-powerful group that has its puppets all around the world. Deus Ex: Human Revolution is also of course, about Human Revolution – and these mega-corporations essentially inject humans with augmentations that give them supernatural abilities which coalesce with the elite to form the upper echelon of society. Humans who reject these augs or aren’t affluent enough to purchase them, form a separate social group, and the media and mega-corporations actively cause conflict between the two groups in order to suit their own needs and profits.

The conflict between the augmented and the humans serves as a focal point for the narrative. It’s a heavy subject that uses its untimely themes of a cyberpunk setting to explore real-life issues such as racism, discrimination, and media influencing politics among others. Deus Ex: Human Revolution’s actual plot, however – while great in its own right, is bogged down by underwhelming performances and inconsistent writing.

Deus Ex: Human Revolution is a prequel set 25 years before the original, and as such dedicates a lot of the narrative towards exploring Jensen’s backstory – humanizing the character without feeling obnoxious or out-of-character. The supporting cast of characters including his ex-girlfriend Megan Reed and CEO David Sarif among others are also equally great, which of course contextualizes a lot of what happens in later games.

In addition to the general narrative proceedings, there’s a large number of notes and conversations that shed more light on the world and its intricacies. Deus Ex’s world at large is a well-realized place with a sense of purpose, and these additional story beats play a vital role in establishing the atmosphere. Another promising aspect of Deus Ex: Human Revolution is its art design, which is a major contributing factor to the game’s originality. Deus Ex: Human Revolution’s art style is distinctly unique, and serves an important role in dictating the future of the franchise. Black and Golden are two of the most dominant themes and can be found in abundance in the game’s environments, although there are supporting themes to match the overall presentation. Having two themes be so dominant in a game with a realistic art style can be a death sentence in terms of variety, but Eidos Montreal did a great job at nailing a consistent look without the game feeling boring. 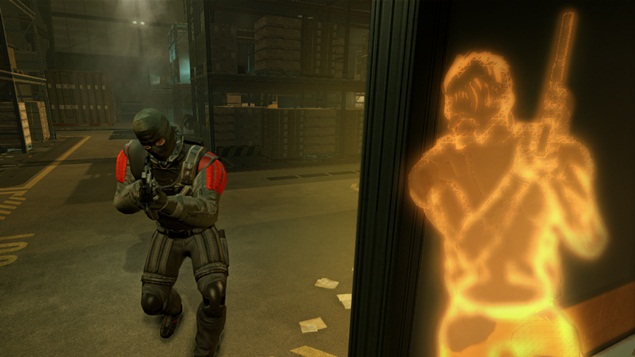 Again, Deus Ex: Human Revolution is by no means a perfect game. There are a few flaws with both the narrative and the gameplay, but in the face of what it does right – these shortcomings are minor nuisances. That being said, Human Revolution can still be enjoyed in its original form – which can be attributed to a strong understanding of the game’s core values and how they should be evolved to better suit a newer audience. Two mainline entries and a decade later, Deus Ex’s current identity can be traced back to the framework and the mechanics featured in Human Revolution.

What awaits the future of the franchise is uncertain, but what can be pieced from this narrative is that the confidence with which Eidos Montreal rewrote the playbook for the franchise is what most importantly, makes Deus Ex: Human Revolution one hell of a game.