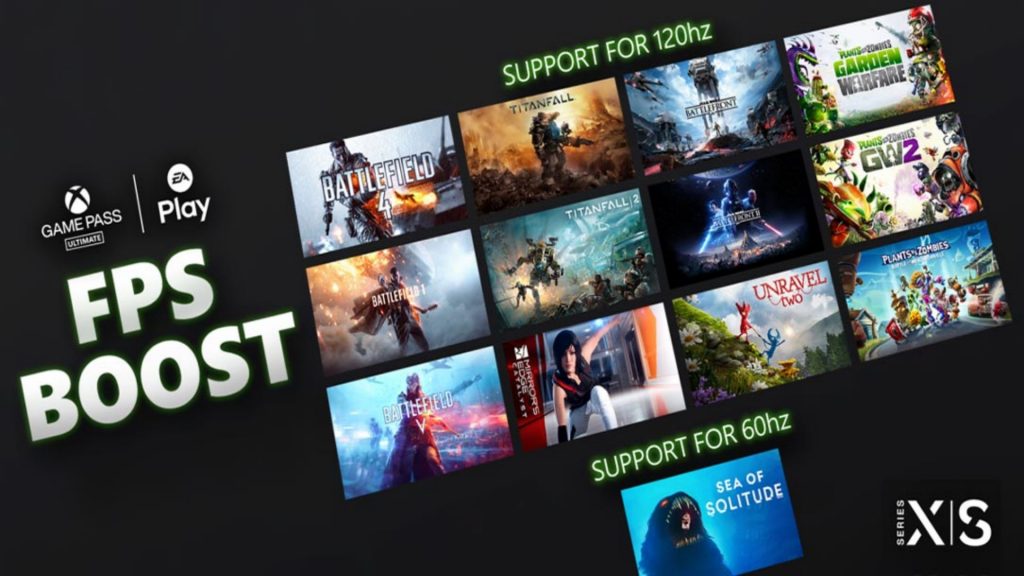 Well, I knew more games getting FPS Boosts was gonna happen soon, but I didn’t think it was gonna happen that soon. Microsoft confirmed today that 13 EA games have been updated to include the FPS Boost feature available on Xbox Series S/X.

Microsoft has spent a lot of time enhancing old backwards compatible games recently, offering enhanced resolutions and boosted performance. The new hotness is FPS Boost, which natively doubles and in some cases quadruples the frame rates of the original games. There haven’t been any additions to the FPS Boost initiative was March… until today.

The thirteen EA titles that benefit from the update are:

Users can enable FPS boost by going into the “Manage Game” section for any title. From there, they select “Compatibility Options,” which allows players to toggle FPS Boost and Auto HDR (which adds HDR to games that didn’t ship with it). The updates will be applied after restarting the game. Players can check to see if these settings are enabled by pressing the Xbox button while in game.

In an age where game preservation and backwards compatibility are major concerns, it’s good to see Microsoft continue to do the work to support both.